Smile For A Night Variety Show
Newcastle Tyne Theatre
Sunday March 15 3pm
A Riproaring family variety show with amazing acts is being put on for a local Tyneside children’s charity. 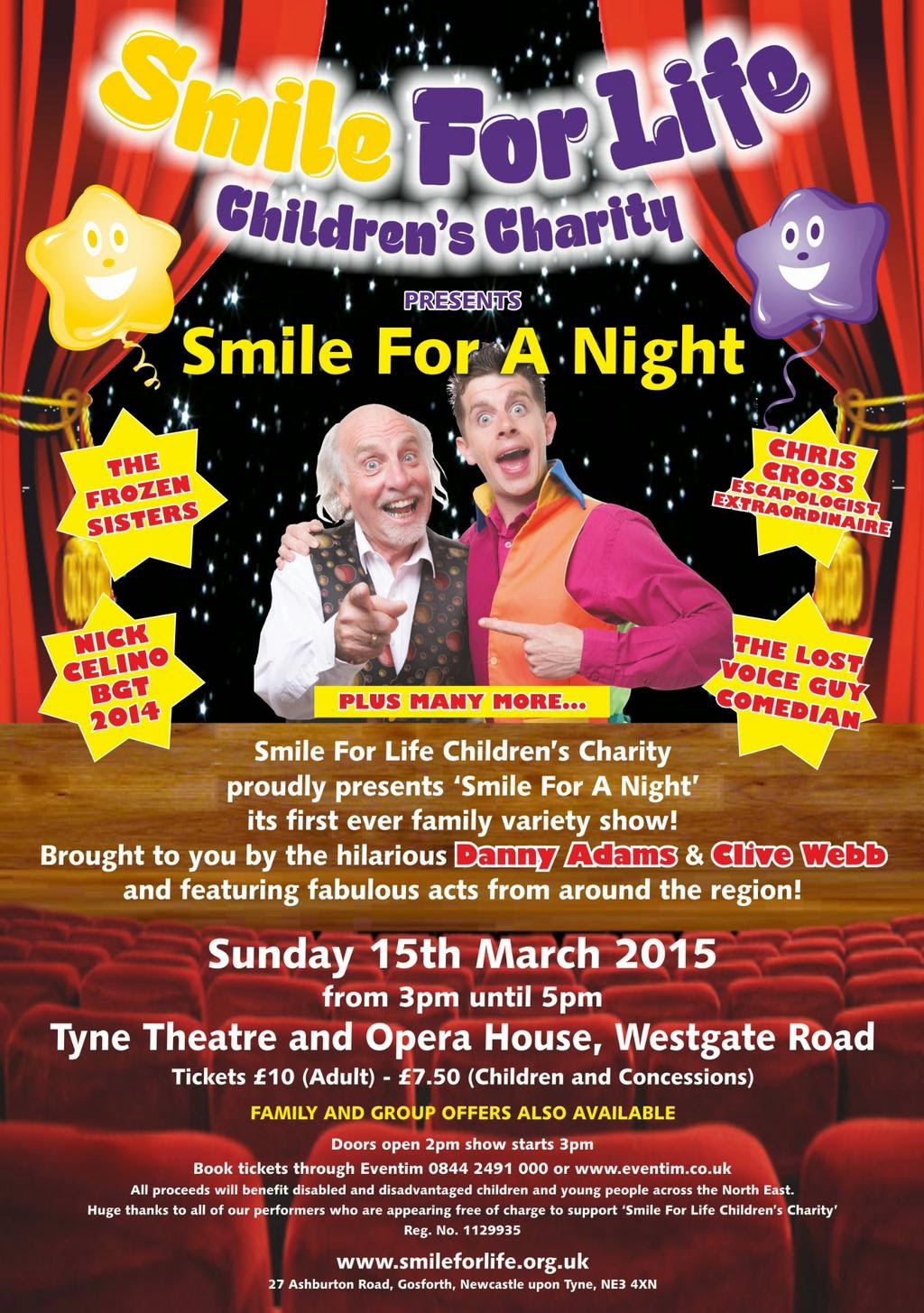 Smile For A Night will be held at Newcastle’s Tyne Theatre in aid of Smile For Life charity, and see a whole host of highly acclaimed performers take to the stage.
The line-up includes BBC New Comedy Award 2014 winner Lee Ridley, known as The Lost Voice Guy, who will be using his voice synthesiser to entertain the crowd. Lee has cerebral palsy but manages to communicate through his iPad and tours the UK with his stand-up act.
The charity, based in Gosforth, also held a competition through BBC Radio Newcastle to find a final act and Peculiar Disco Moves was decided as the winner by the judges. The quirky North East pop band have featured on BBC Introducing and BBC 6 and will be getting the audience up of their feet with their catchy tunes.
Other Geordie crowd pleasers taking part are contortionist and escapologist Chris Cross, comedians and panto stars Danny Adams and Clive Webb, who are also comparing the show, and Britain’s Got Talent 2014 star Nick Celino.
The Frozen Sisters will be performing songs from the hit Disney musical, show dancers from the Marron School of Dance, theatre school Twisting Ducks - for adults with learning difficulties and local boyband The Waiters. 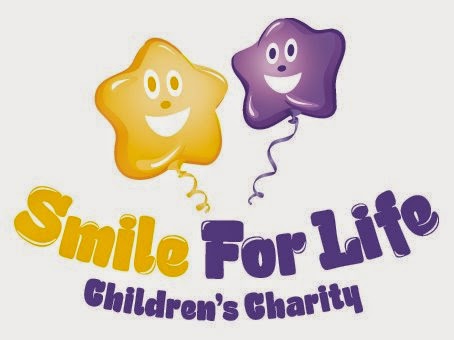 Smile For Life Patron Danny Adams, best known for his sell-out pantos at The Theatre Royal, comedy bonanzas with Cannon and Ball and Circus Hilarious tour at Butlins, says the show will be great entertainment for the whole family to enjoy.
He said: “This will see the best of the North East’s performers come together for a fantastic cause. It is great to do a show where all of the proceeds will go directly to help disabled and special needs young people in the North East and to give something back.”
He added: “We will be doing some of our big well-known comedy routines, as well as new stuff. People will get lots of laughter and a great night out.”
Nick Celino, who dazzled the Britain's got Talent judges getting four yes's for his performance on last year's competition, said: “I am really looking forward to getting involved and to help such a great charity. When my manager mentioned this variety show I really wanted to do it. The Tyne Theatre was one of the first places that I ever sang in when I was five so it will be nice to go back. It is a lovely venue.”
The 19-year-old from Heaton, who was signed recently by American label Silver Scream Records, added: “I will be singing my debut single Drowned, it is a very different sound for me. I am really excited to be doing it at Smile For A Night and to know that it will help local kids in my area.”
It is hoped that Smile For A Night Variety Show will be the first of many for Smile For Life Children’s Charity. Chief Executive Paula Gascoigne said: “We are so happy to be launching the first Smile For A Night, it will be wonderful family entertainment, and we hope it becomes a great annual event in the region.
“Many of the young people that we work with will be involved with the back stage work, which will increase their skills and confidence too.”
She added: “This is about bringing North East talent together to help North East people. We are so grateful that these fantastic acts have given up their time to help this fantastic cause.”
On The Web:
Website: www.smileforlife.org.uk
Facebook: www.facebook.com/smileforlifeNE
www.facebook.com/cafébeamnewcastle
Twitter: https://twitter.com/SmileforlifeNE
https://twitter.com/cafebeamncle
Tickets:
Smile For A Night will begin at 3pm on Sunday March 15 at The Tyne Theatre and Opera House, Newcastle. Tickets are now on sale at  £10 for adults, £7.50 for concessions. Family tickets are £30 and groups of 10 can get a free ticket when bought together.
Go to www.eventim.co.uk or call Eventim on 08442491000.
Posted by North East Theatre Guide at 19:43