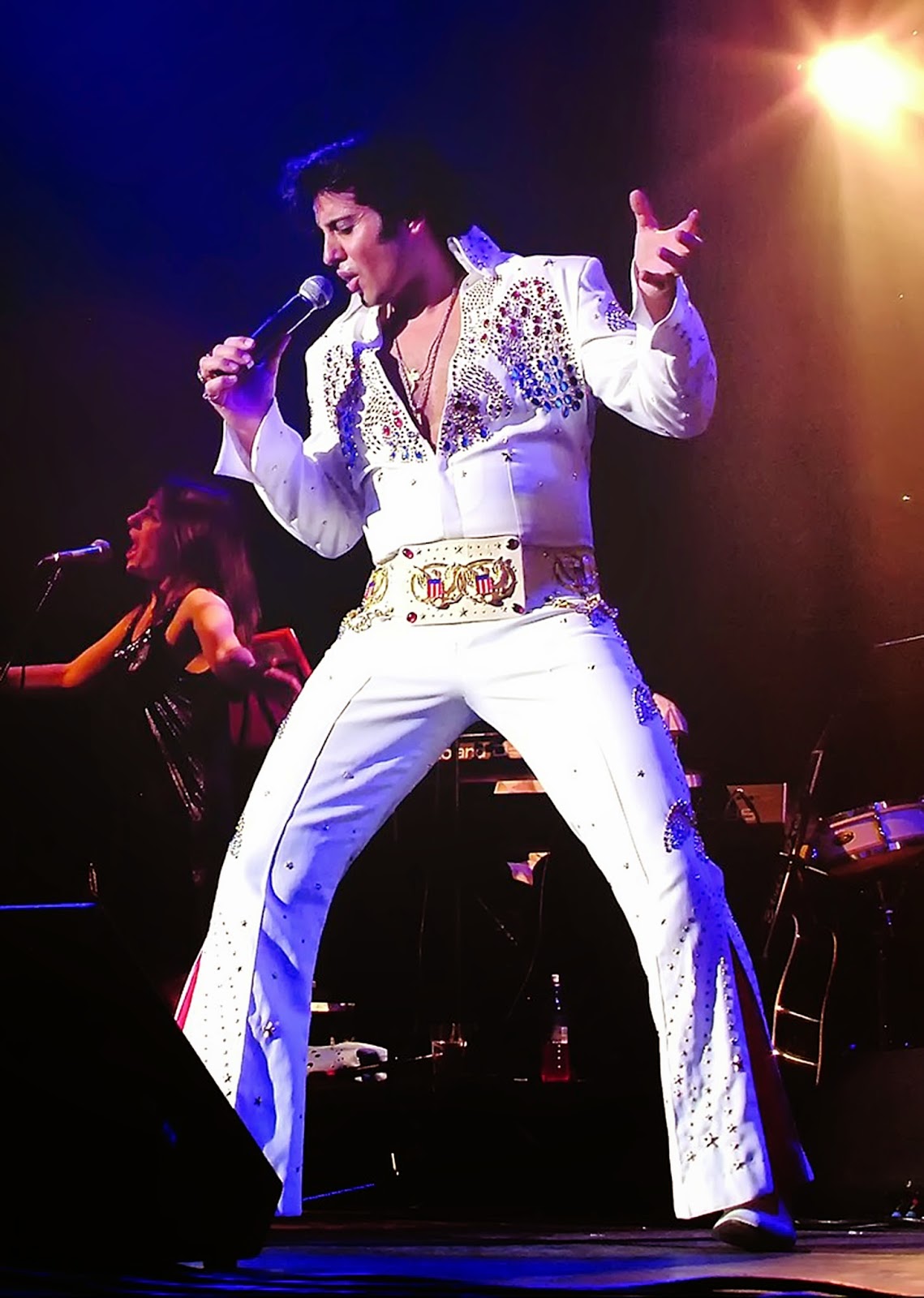 Darlington Civic Theatre will host an outstanding concert production of the West End musical Jailhouse Rock featuring the original star Mario Kombou and his incredible band led by legendary producer, musical director and Ivor Novello award-winner David Mackay, in the UK’s number one Elvis show.
Mario delivers a tour de force performance in this spectacular show packed with over 50 greatest hits, from the early days of Sun Studios and That’s Alright Mama, through the Hollywood years of GI Blues and It’s Now or Never, the ‘68 TV special with All Shook Up, culminating in the legendary Las Vegas concert, with In The Ghetto, Suspicious Minds and American Trilogy.
“The King is re-born - the audience loved it.” The Times
Tickets
The Elvis Years is at Darlington Civic Theatre on Thursday 26 March.
Tickets* are priced from £19. To book contact the Box Office on 01325 486 555 or visit www.darlingtoncivic.co.uk
*Includes a £1 restoration levy
Posted by North East Theatre Guide at 21:13