A Celebration of Friends and Family 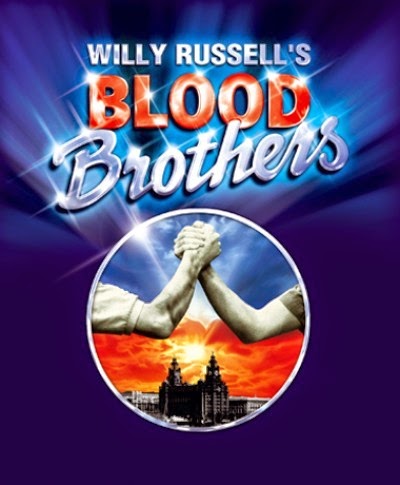 Blood Brothers
Darlington Civic Theatre
Until Saturday 29th November 2014.
It was on a cold night in November that the Blood Brothers tour rolled into Darlington on its 29th Anniversary. What makes a story stay in production in pretty much its original form for that length of time? A cracking story! Willy Russell understands both his audience and the faithfulness of the source material with this wonderful musical. 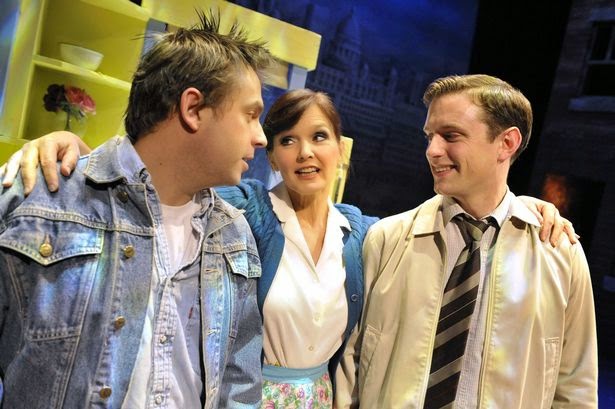 So do you know the story of the Johnstone Twins? The story starts with their Mum describing how dancing and looking a bit like Marilyn Monroe leads to a house full of kids. She manages to get a cleaning job at the house of Mr and Mrs Lyons which helps keep the debt collectors away after her husband ran off. Unfortunately he left her with a couple of presents in the shape of twins. Mrs Lyons hatches a plan to take on and raise one of the children as she is unable to have her own. Willy Russell, through the Narrator, reminds us of superstitions such as the bad luck that comes from putting new shoes on the table or seeing just one magpie. Sure enough the plans unravel as the story continues.
Sean Jones plays the initially playful Mickey and does a wonderful job demonstrating how he grows up with the harsh realities of his lot in life. Joel Benedict provides a perfect foil as his twin Eddie. The girl who grows up into their love interest is provided by Linda, played by the fabulous Danielle Corlass. Between them they provide many laughs as they go from seven years of age up to 18. The high jinks is reminiscent of the opening scenes of Blue Remembered Hills. 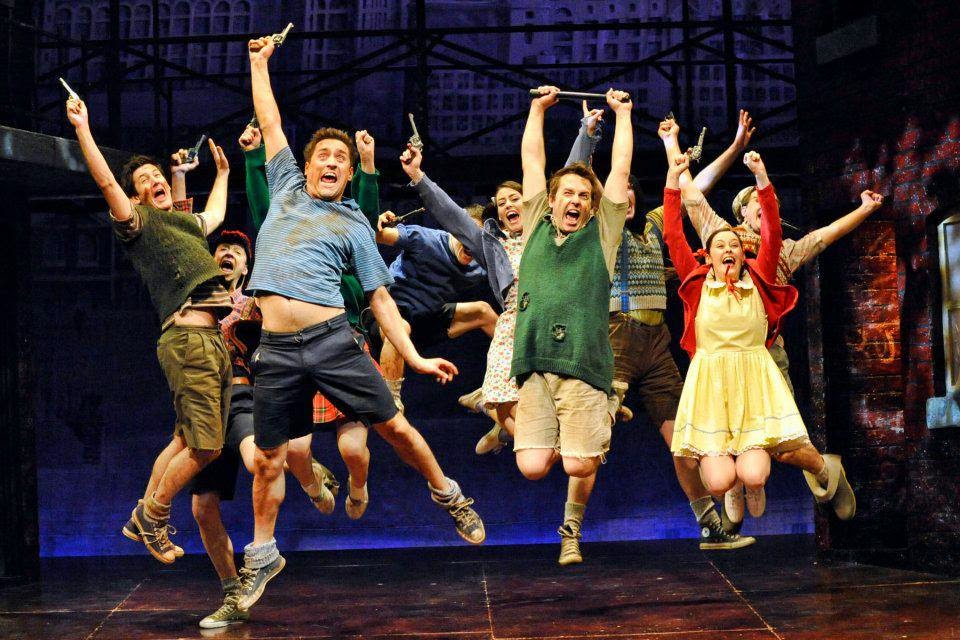 The strong story is supported by well crafted songs and the bulk of the singing is shared between the charismatic narrator, Kristopher Harding and the Mum, Mrs Johnstone, performed by a member of the 70s singing sensations The Nolans, Maureen Nolan. Clearly singing since the age of 9 gives Maureen both the confidence and ability to captivate the audience. Between them they made the musical numbers a delight to hear.
The story never drags and the performances remain tight throughout the show. No wonder the cast made 4 curtain calls in front of a full standing ovation from the delighted crowd.  Blood Brothers is a strong story performed by a great cast.
This review was written by Stephen Oliver for Jowheretogo PR (www.jowheretogo.com). Follow Jo on twitter @jowheretogo, Stephen @panic_c_button or like Jowheretogo on Facebook www.facebook.com/Jowheretogo.
On The Web
Facebook: www.facebook.com/BKLBloodBrothers
Tickets*
Evenings 7.30pm, Matinees Thu 2pm & Sat 2.30pm
Opening Night £19.80, £20.60, £21.80, £23.40
Tue -Thu Evenings & Sat 2:30pm £24.50, £25.50, £27, £29
Fri & Sat Evenings £26.50, £27.50, £29 & £31
Thu 2pmAll seats £19
Discounts available
To book contact the Box Office on 01325 486 555 or visit www.darlingtoncivic.co.uk
*Includes £1 per ticket restoration levy
Posted by North East Theatre Guide at 01:08