Article: A week for brave - risk taking in Newcastle

Kicking the week off was Testing Times which was written, produced and directed by Steve Burbridge. Later in the week he would also star in it as Jamie Brown’s daughter was born. It is a massive undertaking to turn a script into your own production. To see the show evolve as you originally envisaged it must also be rewarding. The end result was a stark and powerful reminder that we have not always lived in such accepting times. 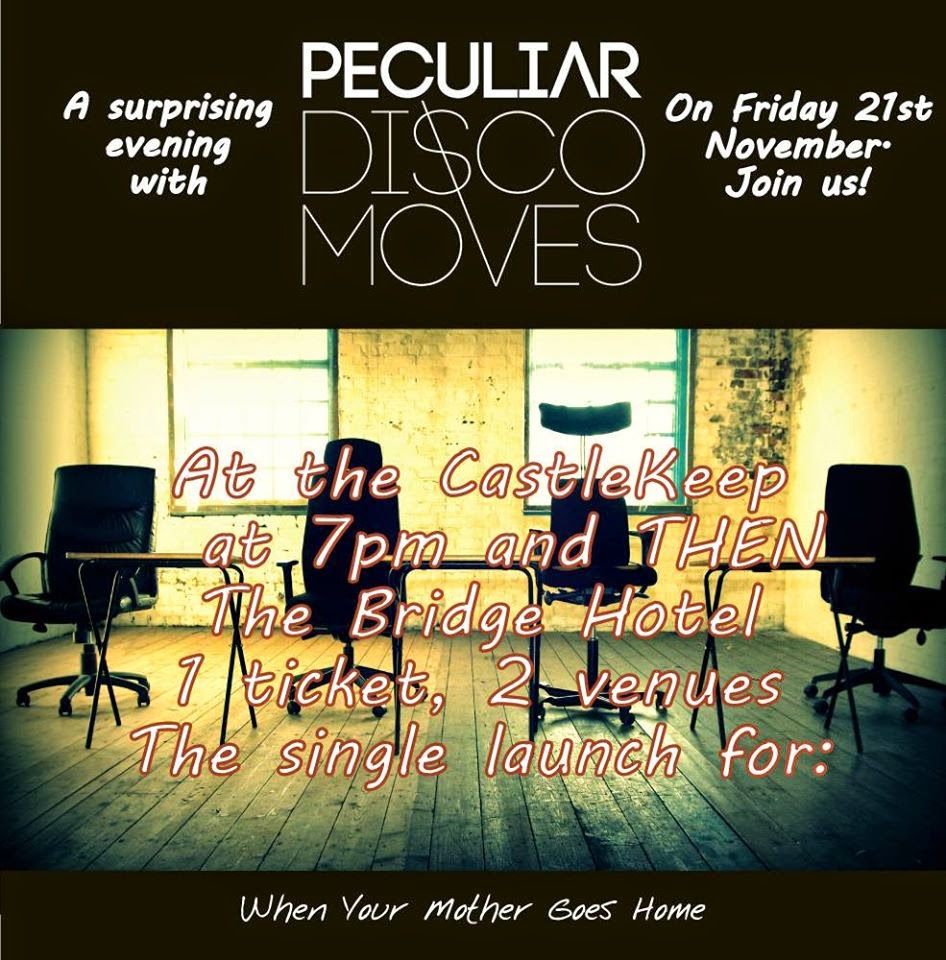 Peculiar Disco Moves are a band I love seeing perform, with their catchy songs and entertaining delivery, I’m humming their numbers for days afterwards. In the past year they have performed at the Mining Institute, a band stand in a park and now the Castle Keep. Deviating from their back catalogue, the Castle show involved Mother related covers in support of their new release When Your Mother Goes Home.  Does Your Mother Know is a classic ABBA song and fitted well with the theme of the evening. I loved the atmosphere in the historic venue and it goes to show that music can be played in different venues with a little bit of imagination.
After a short acoustic set which finished with their new single we moved across the street to The Bridge Hotel when the tight three piece Iceni opened before Peculiar Disco Moves performed a more conventional set. Iceni impressed enough for us to buy their EP and PDM performed a number of new tracks which I look forward to them recording, surely an album will be on the cards soon? It was a great night’s entertainment which just goes to show how fabulous the talent is in our local region.
Our son announced mid-week that he fancied seeing Lady Gaga – and so we thought “why not”. It has to be said that there are often good seats that are available about a week before these big shows and we found ourselves sat near the front in the cheapest seats. Another tip is to pay cash at the box office. When we looked online, we saw that they wanted £25.50 for 3 tickets in assorted fees before we even told them about how we planned to pay.
Lady Gaga has many great songs and, just like Queen in their heyday, she is not afraid to chuck in a mix of hit singles and album tracks. She was supported by a talented hardworking bunch of dancers and musicians. The drummer seemed to be bashing everything out of his drum kit. The hits were there in a set that knew how to jumble up the loud with the quiet in order to make impact.
The stage produced into the audience with a piano at the front. The idea is to get Gaga close to the fans but it was more likely to obsure their view if they’d paid good money for standing tickets.  It also meant that between a third and half of the fans found themselves staring at her back for a number of songs as she sang from the middle of the venue. Bands, like Metallica, try this “in the round” idea but move back to stages at the end of the venue for a reason. The same reason why we still build venues with the stage at the end – so performers face the crowd most of the time. The set design was a brave and bold attempt at doing something different.
That gripe apart we were highly entertained with a big show with more wigs and costume changes than your average musical.  We had two and a half hours of Gaga and left suitably impressed.
Posted by North East Theatre Guide at 22:40