Alphabetti Theatre is proud to announce that their longest running show, Teeth in Eggcups, will be performing at The Stand on December 1st at 7.30pm. Featuring support from Live Theatre’s all girl sketch group Your Aunt Fanny. 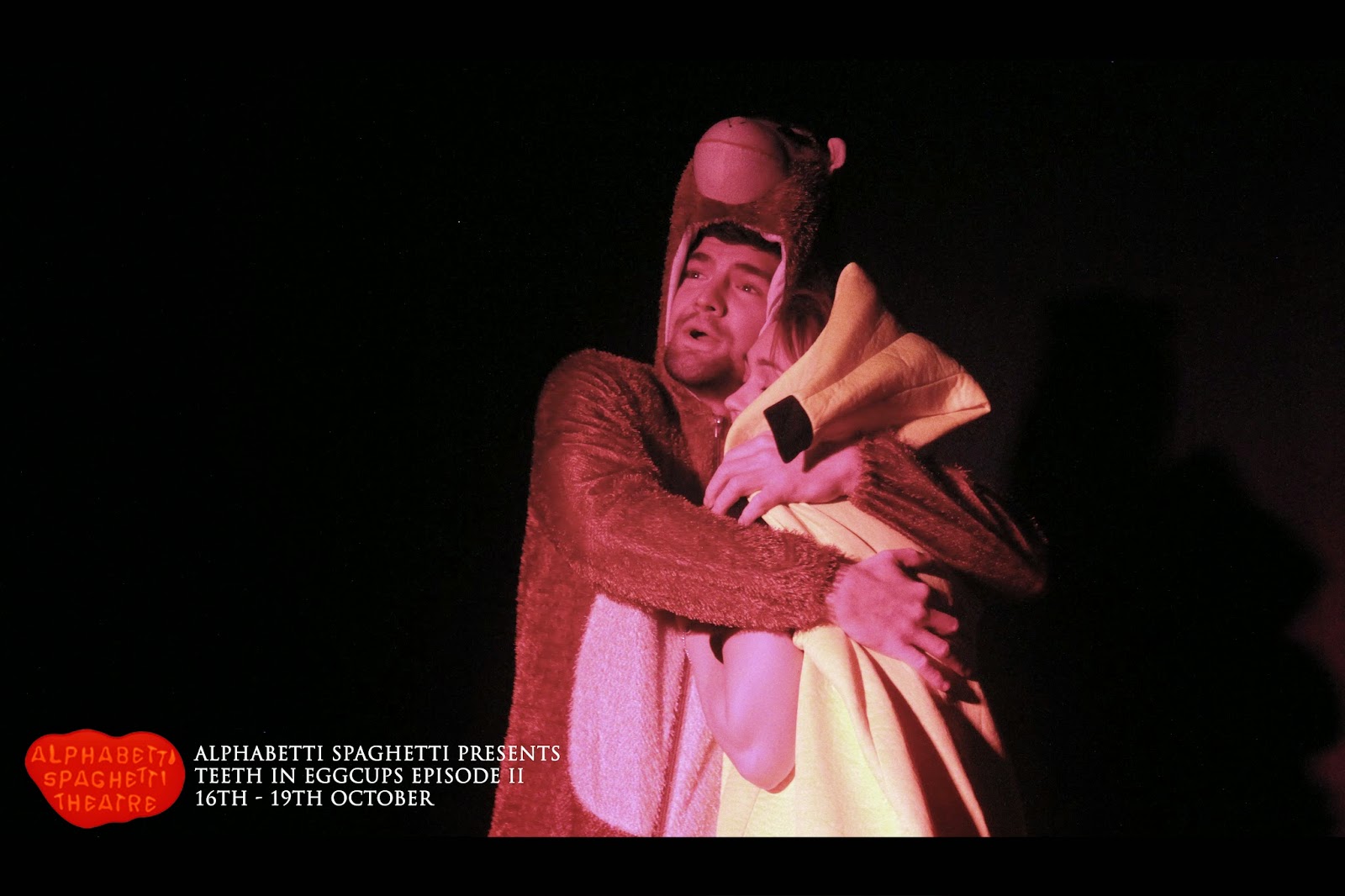 Join the comedy sketch troupe described by a BBC Radio 4 producer as the ‘#newmontypython’ for a night of quirky, ludicrous and honestly bizarre comedy! The group will be bringing back a compilation of episode’s 1 – 3 for a night of madness. This frivolous funny fest, performed by three actors and a musician, will catapult you from teleshopping adverts selling ‘the anti slicing-dicing-and-high-pricing paper cut body armour suit device’ to a love duet from a superhero monkey and his trust steed – Banana.

“Utterly brilliant, mind boggling and bizarre. I cried with laughter at the characters and script Alphabetti Spaghetti Theatre offers the audience. I urge you to see Teeth in Eggcups but do leave your dentures at home as you could quite easily cause yourself a fatality through swallowing them through participating in abundant merriment offered.” Jane Arnfield – solo-performer in the critically acclaimed production “The Tin Ring” 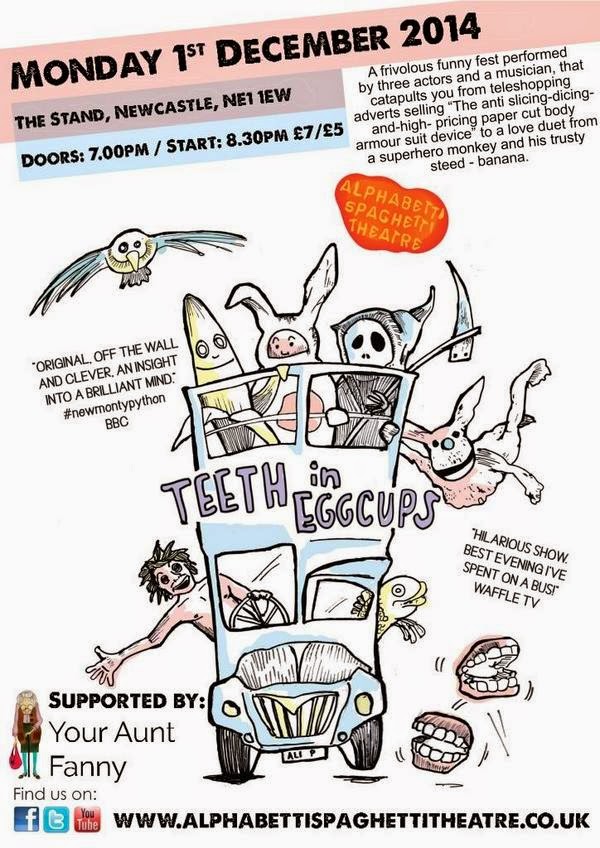