Don’t Try This At Home!

Mischief Theatre have teamed up with the magicians Penn and Teller to create a magical farce that has the audience laughing throughout. The result, which is being performed at Newcastle’s Theatre Royal this week, is the perfect live theatrical tonic to the lockdown blues. 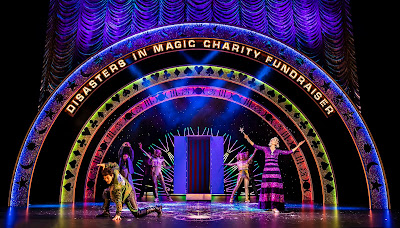 We have loved three of Mischief’s previous shows:  The Play That Goes Wrong, Peter Pan Goes Wrong and The Comedy About a Bank Robbery. In fact they are rare shows in that we’ve happily gone back to see them again. It is fair to see our hopes were high as we took our seats early for the next episode about Magic. 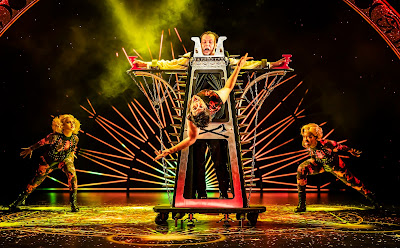 Having seen them previously we knew that we’d be rewarded by an early arrival and sure enough, the performance starts before the curtain goes up as you can hear doves and members of the cast are buzzing around the theatre looking for the flying props. A bunny also escapes and there is some last minute vacuuming of the stage. 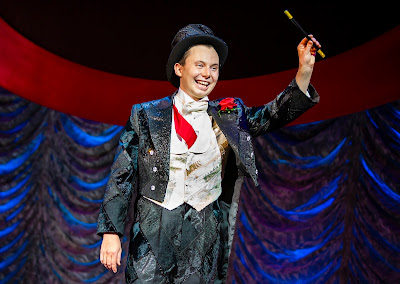 Eventually the show begins and the lights spell out that we are witnessing the broadcast of the “Disasters In Magic Charity Fundraiser” which, as host Sophistico (Sam Hill) explains, plans to raise money for those who have died this year performing magic. This includes his Father who was crushed by the weight of his props crashing through his ceiling. The beginning of the show starts with the razzmatazz of a televised magic show of the 80s. 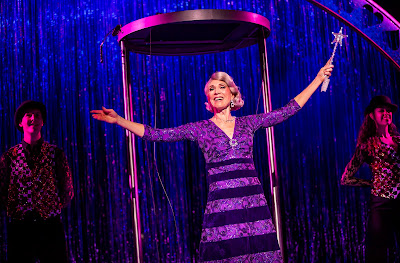 This is complete with Eugenia (Valerie Cutko) appearing in a curtained cage before launching into song. So far so good - but it is only a matter of time before the props start to fail and the audience give unanticipated answers. One of the first acts, the acrobatic German pairing of Spitzmaus (Jocelyn Prah) and Bar (Chloe Tannenbaum) break their trampoline and quickly leave before the Mind Mangler appears. 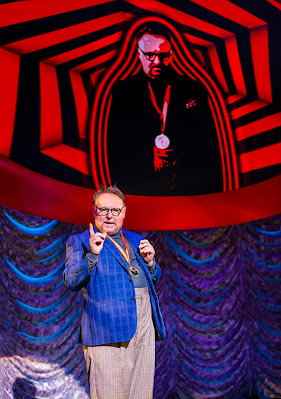 David Nellist will be no stranger to North East audiences after appearing in numerous Live Theatre and Northern Stage shows, as well as big hits like Billy Elliot. As the Mind Mangler he gets the opportunity to show his brilliant comic timing. 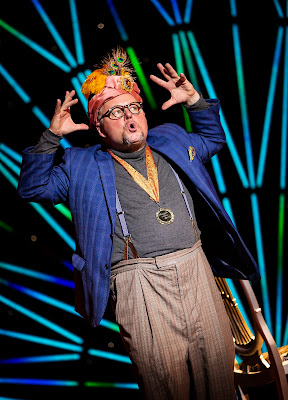 He tries to guess names and occupations, and shows up all of those fake mediums that go for the obvious while exploiting their audiences. North East actor David is able to improvise well with the audience's reactions plus he is able to chip in his local knowledge about regional rivalries.  His antics were a real highlight of the show. 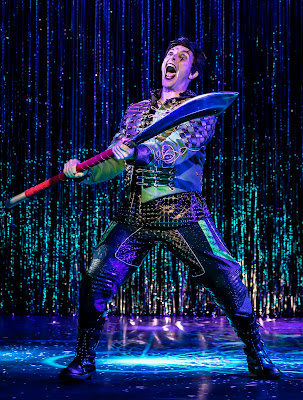 The magical line up is completed with daredevil Blade (Kiefer Moriarty) who claims to feel no pain but goes through the wringer as the show progresses. He is responsible for two of the tricks that actually worked in the end and had the pair of us discussing “who did they do that” as we left - which is always a good sign after a magic show. 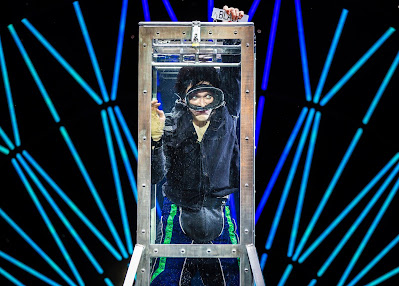 Penn and Teller have both gone on the record denouncing those who perform actually illusions that are actually dangerous. Funnily enough three of those tricks that they mention are performed by the Blade in this show. Obviously the actor is not actually in peril but it does make you wonder how they pull the stunt off. 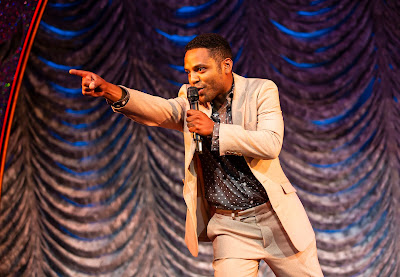 Of course, before the big reveal each time, opportunity is made for “mistakes” to be made and props to fail. Stooge MIckey (Daniel Anthony) does not help matters as he assists in the failure of many of the tricks. 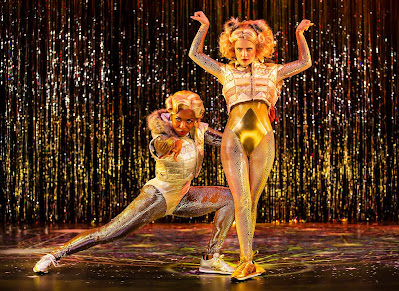 Readers of this review of a certain vintage will remember Tommy Cooper, (I don’t want to upset you but it is 37 years since he passed away live on television),  who made a career out of magic tricks that appeared not always to go to plan. This show very much follows in his footsteps and has those elements of jocular farce that made Cooper a household name. Great timing from a cast that you have empathy for creates the witty moments. 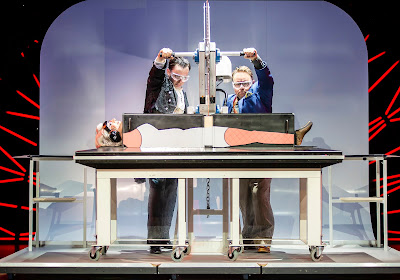 Credit must also go to the backstage crew as a lot of effects and backdrops had to occur (or not) at the funniest moments. 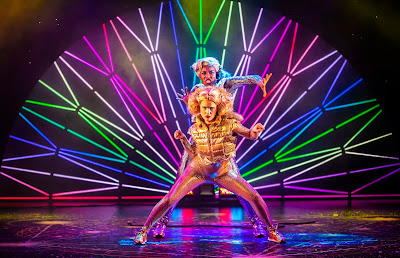 This is a really funny show. Farcical too, and at times the three ringed circus involving the audience had a feel of a pantomime. Is it for the whole family? If you’re happy for the odd costume failure revealing underwear, a bear to go on the loose and a few dead doves then you have nothing to fear. 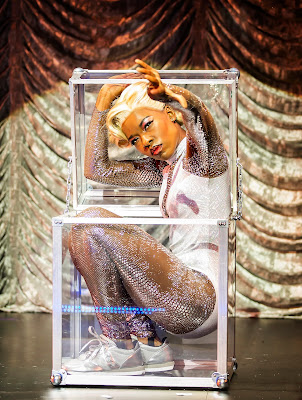 This show, like its predecessors, has been the funniest show of the year so far (I know...we haven’t seen that many as the theatres have been shut) and that may even be the case at the end of the year. 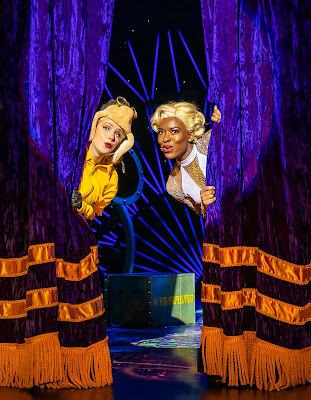 ...and the take home message of the show? Probably not to take the safety bar off a circular saw!

Magic Goes Wrong plays at Newcastle Theatre Royal from Monday 23 – Saturday 28 August 2021. Tickets are priced from £15.00 and can be purchased at www.theatreroyal.co.uk or from the Theatre Royal Box Office on 08448 11 21 21 (calls cost 7ppm plus your phone company’s access charge).