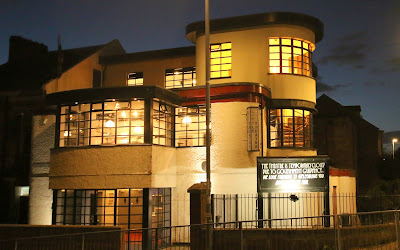 Tucked away next to the Saltwell Park, the Progressive Players have been putting on the shows in Gateshead for 101 years. They had just launched their centenary year celebrations in 2020 when the epidemic led to the shutdown. Rather than doing nothing, they decided to build a studio theatre on top of their existing auditorium. The ambitious project which cost the Little Theatre, Progressive Players and grant providers just short of half a million pounds is now complete and we were given an opportunity to have a look around. 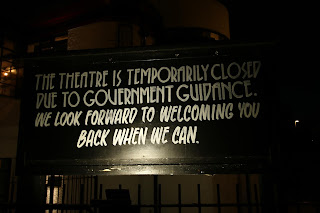 The group have historically been no strangers to making the most out of adversity. Back in 1939 they had been sent notice to quit their previous site and so Misses Hope, Ruth and Sylvia Dodds purchased the current site in order to build the current theatre. The result was the only permanent theatre opened during World War 2. Opening was complicated by a German bomb landing in the park opposite blowing out all of the windows, however the group opened the theatre as planned in October 1943. So perhaps history is repeating itself as the extension was constructed during a potential crisis. 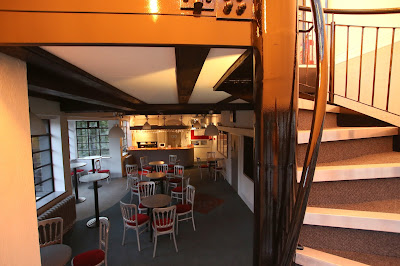 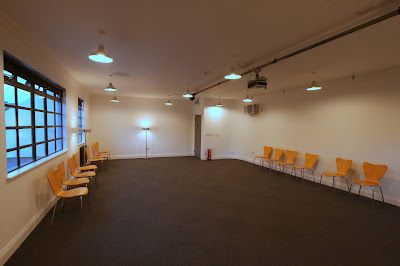 Building another floor on a building constructed during a war is a massive leap of faith and it is fair to say that the construction team and trustees of the Little Theatre had a number of issues to deal  with. The final result fits in with the 1930s art deco elegance of the original building. As neighbours have already commented, it looks externally like the building always had the extra floor attached. This is thanks to, in part, the rendering and windows matching the original construction. 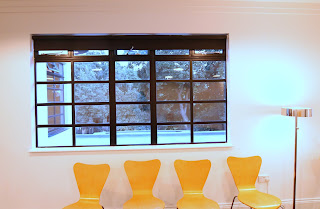 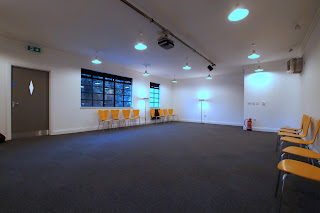 Internally the theatre group has picked up a valuable space, which is also available for private lettings.  Access to the studio is either via the spiral staircase that has been built from the first floor bar area or via a normal staircase through the adjoining house that is owned by the theatre. The latter has also had a stairlift installed in order to provide access and new toilets have been added off that landing.  The spiral staircase is lit by natural light during the day through the traditional style small windows that fit the art deco style of the building. At night a large lighting feature has been installed which stands out. 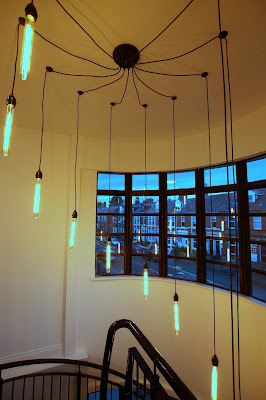 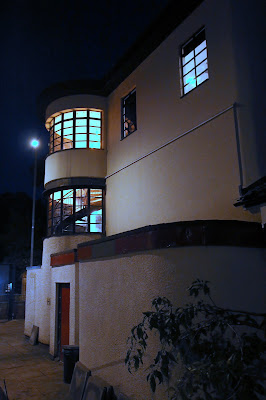 Going through the entry door, with its diamond shaped window, you enter a very useful space. Whilst it was designed with theatre in mind, it struck me that the venue would also suit spoken word events and small music shows. In fact, it makes a perfect space for intimate comedy shows. The room has sound and lighting systems to feed the speakers, projector and two lighting bars. Shape wise,  the fact that the room mirrors the shape of the main stage below it is no accident. This sound proofed room can be used for rehearsals of the next production whilst the current show is being performed in the main room. 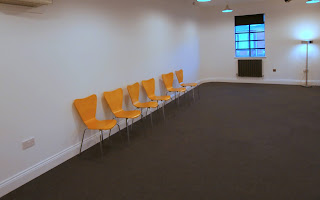 The design features around the original theatre have been replicated in the internal style of the room. This includes curves rather than sharp corners at the performance area end of the room. The coving on the ceiling has also been chosen to be in keeping with the remainder of the building. 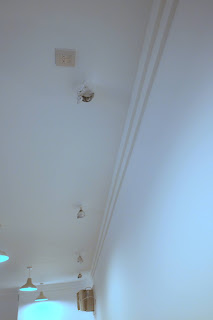 Now, our visit took place as the contractors were still sorting out the snags and so the room will change slightly in appearance by the time the room has its official opening in October 2021. One of the lighting bars has yet to be installed and it is planned to move the heat exchanger so it will be less prominent. 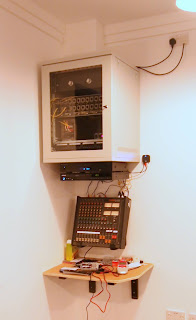 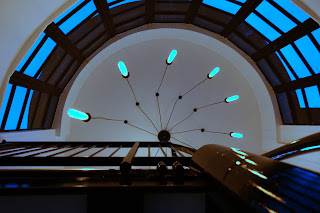 The room is an exciting step forward for both the Little Theatre and the Progressive Players. It has already had a soft opening as it was used for a play reading but it will have a formal opening in October. The organisers need to be congratulated in ensuring that its appearance fits in with the original building both internally and externally. This historic small theatre now has an additional resource which will help it progress in the future.

The main theatre reopens in October too. Lockdown in Little Grimley will be performed from Monday 11th - Saturday 16th Oct 2021. Details of forthcoming shows including a pantomime from the Bluebell Theatre Productions in December, can be found online at: https://www.littletheatregateshead.co.uk/whatson.html