REVIEW: Ask Me Anything at Newcastle Live Theatre

Ask Me Anything – A Loud, Live, Love Song To Not Having Figured It Out
Newcastle Live Theatre
Until Saturday 8 February 2020 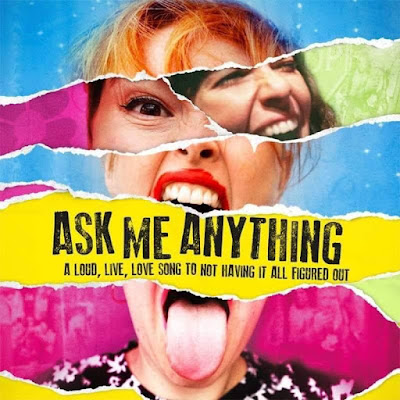 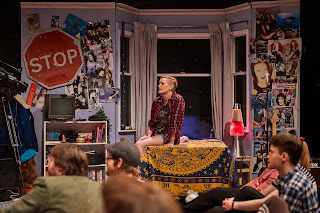 The flexible stage in the main theatre at Newcastle’s Quayside venue has been transformed into a teenager’s bedroom. That’s right, they’ve ripped out the stage and removed the cabaret seating. In their place are two beds, a settee and a lot of bean bags for the audience to join the show. Indeed, the audience are expected to join the show rather than to just sit passively in the dark. 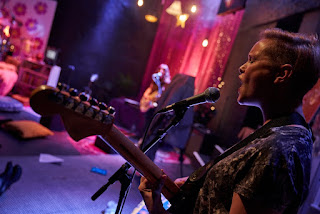 So, what is the show about? Paper Birds have written to a number of teenagers asking them to “ask anything”. This show has the original questions and the replies. 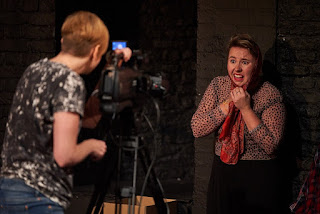 Here’s the issue. If you were a teenager in the 90s then you have magazines and problem pages. The lack of the internet and mobile phones was, somehow, not an issue. Yet kids today, even with the internet, don’t necessarily have a conduit for safe answers to their key questions. 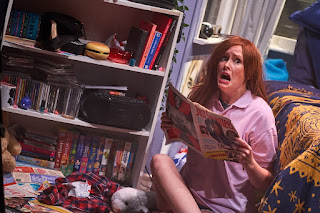 The set has, in addition to two bedrooms, a music area, and a number of TV screens. We have a virtual assistant, which has been named “Bridge-It” and it is able to act as a glossary to the phrases which one generation may not understand about the other. Sometimes the screens feature videos of people that the creative team have asked, as they are in a better position, to discuss some of the points raised – especially about raising children, race or sexuality. But the bulk of the performance are from three very engaging performers. 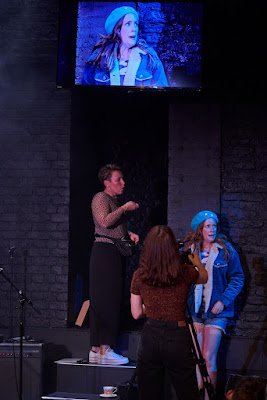 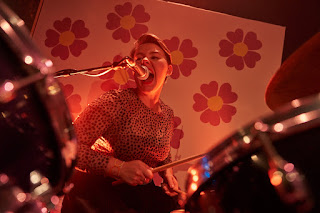 The stage play is available for sale – the show is scripted, however Georgie, Rosie and Kylie feel spontaneous.  The interactions with the audience are friendly and they do a great job putting everyone at ease. 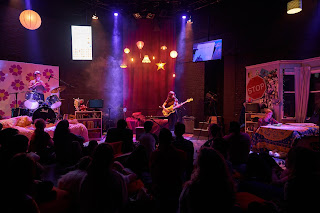 The problems, from unseen teens, are discussed but they are also related to the performer’s own experiences.  That sense of not expecting to know everything – that I have in middle-age – is probably not what the younger participants are expecting. But the need for discussion, for love, to seek for support rather than trying to hide it are key themes. Music, and its ability to emote adds to the experience too. 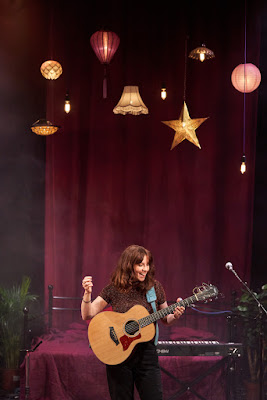 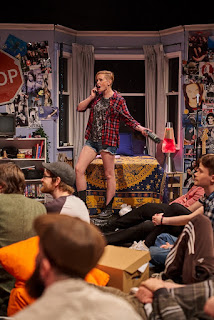 I went to the show with my teen, who enjoyed the show very much and clearly understood where the issues were coming from. I appreciated the texture to the performances – the build up of light and noise, followed by calm, helping to create an impact. Along with the pace, it certainly kept the show interesting. There were the little touches that added to the feel: the whispering volume for when the original letters were addressed and the burger telephone from the 90s bedroom for example. 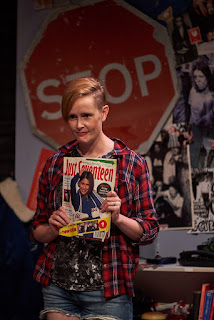 The show bravely doesn’t dodge two important issues – mental health is as important as physical health and, as adults we still have scary learning episodes including raising our own children. Having said that – it doesn’t then offer much in the way of answers and that’s a key message. We need to listen, to be aware of our support networks and to foster them. Remember that no one is perfect.

This is a great show for teenagers to see – and the company are running a scheme in order to raise funds so young people can be offered a free tickets (https://www.thepaperbirds.com/help-build-our-nest/). It gets the mix of light hearted moments and the tough stuff right. This is an important rollercoaster to be a part of. A superb example of verbatim theatre.