REVIEW: Joseph and the Amazing Technicolor Dreamcoat at Sunderland Empire 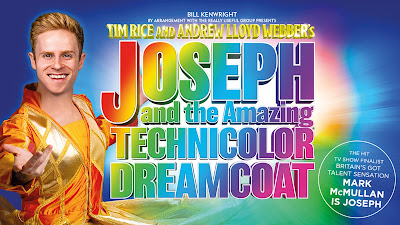 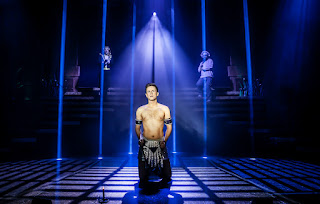 Britain’s Got Talent finalist Mark McMullan heads the cast as Joseph and the Amazing Technicolor Dreamcoat returns to Sunderland during the school half term holidays. Backed with a talented ensemble, the Andrew Lloyd Webber and Tim Rice musical entertained the Empire audience. 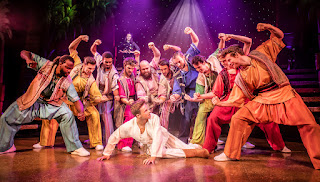 As the venue filled up, there was a noticeable number of younger people in the audience. It was really pleasing to see kids taking advantage of it not being a school night. Now this is important for theatre. Tonight may possibly be the first show, that’s not a panto, for some of these families and if theatre is to survive then it has to spread its appeal for the other 11 months of the year. Family theatre isn’t just about panto and tonight they were in for a treat and hopefully they’ll be back soon. 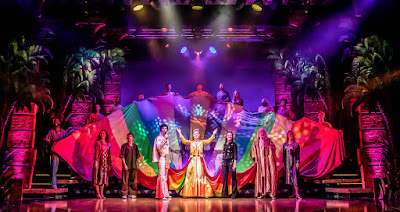 Joseph is very family friendly production running in at 2 hours, including interval, at a good pace – it is unlikely to upset the little ones or lose their attention. Even the scene when a goat is used to cover Josephs coat in blood is handled in an almost comic way using a wooden goat. 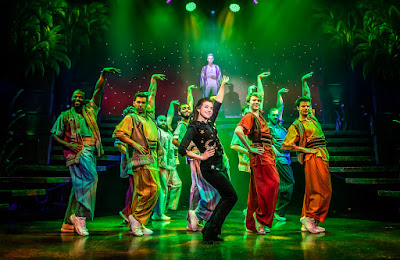 This success of each production hangs on three main characters. The different actors covering the roles of Joseph, Narrator and the Pharaoh do change the feel each time it rolls into town. Tonight’s cast worked well together. Alexandra Doar, making her professional debut, starts proceedings in a confident way. This show is sung through – with very little dialogue between the songs. Alexandra thus has to set the show’s stall out whilst moving around the set and singing the story. That might sound easy, but she also has to perform with a large cast of children and some, occasionally misbehaving, inflatable sheep. 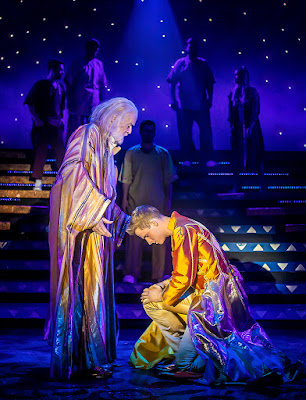 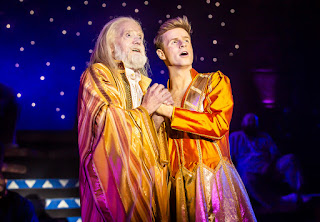 Of course, Joseph is a key role too. Now, as regular readers will be aware, we are not big viewers of television and hence we are often witnessing our first performance of anyone who made their name of the small box. Mark McMullan has made a really good first impression. He has a really good voice, which made his rendition of Any Dream Will Do a highlight. He was able to take ownership of these familiar songs and he is a great entertainer. 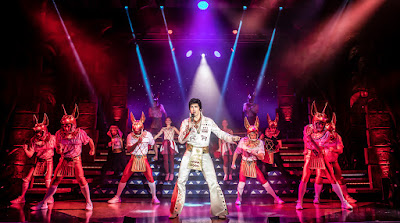 The third noticeable key character makes his appearance in Act 2. Given the reaction of the audience around us, the introduction of the Pharaoh was not what they expected. Even when a show has been doing the rounds, in some form or other, for over 50 years, it will always be someone’s first time. Henry Lawes lapped up the opportunity to take centre stage. There is some natural humour from the role which helps deliver the biblical tale. Funnily enough though, my son couldn’t make out what the dream was as the Elvis impression made it hard for him to follow.

A major element of the show comprises of an ensemble of adult actors – appearing as Joseph’s 11 brothers and as handmaidens amongst others, and a large choir of children. Two teams of 32 young people, from the Northern Star Theatre Arts, sit on the stairs at the sides of the stage providing backing for the vocal duties of the adults. They were perfectly still between songs and caused much less trouble than those inflatable sheep. 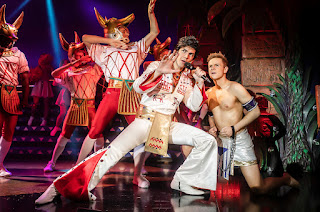 The adult members of the ensemble have their work cut out as they perform numerous costume changes as the action moves around. 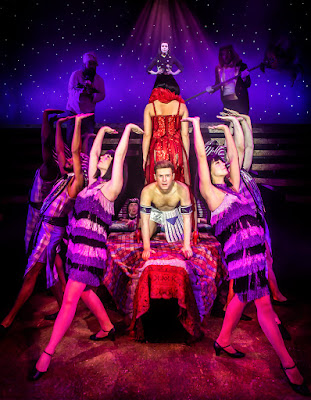 The lighting design from Nick Richings was interesting as it was toggling between a focus on the action at the front and the much larger group across the stage. Dan Samson’s sound ensured we could all hear even the quietest song.

This is a great feel good musical. A real half term treat. 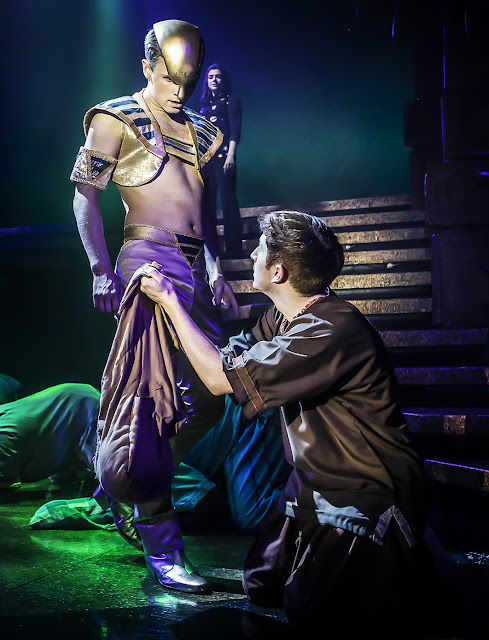 Tickets:
Tickets available in person at the Box Office on High Street West and online at https://prf.hn/l/7R3QVGr * #Ad

* Booking fees may apply to telephone and online bookings.