Appeal For Great North Runners To Support The Customs House

Have you secured your place for the Great North Run? 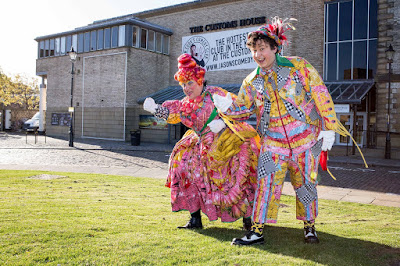 If the answer’s yes and you’re now looking for a charity to support, please consider running in aid of The Customs House Trust Ltd – the charity behind The Customs House. The arts and entertainment venue is situated less than two miles away from the run’s famous finishing line on The Leas in South Shields. The Great North Run celebrates its 40th anniversary on Sunday 13th September 2020.

Last year, staff and supporters raised more than £5,000 for The Customs House Trust in its 25th year, with Executive Director Ray Spencer donning his panto costume and running the 13.1-mile race from Newcastle to South Shields as Dame Bella. 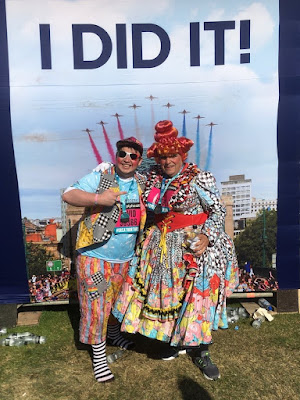 He was joined by on-stage son Davey Hopper, who plays Arbuthnot, who also completed the route in costume, and 14 others, including actors Steven Lee Hamilton, Luke Maddison and Kylie Ann Ford and trustee Darren Hymers.

Marie Campbell, development officer at The Customs House, said: “Unfortunately we don’t have any of our own places this year, so we would love to hear from anyone who would like to run on our behalf. We’ll provide you with a T-shirt and help promote your fundraising efforts and you’ll have the satisfaction of knowing you’ve not only completed the race, but also raised money for a local charity supporting the arts and young people in South Tyneside.”