Rupert Hill Talks About His Role In
Lady Chatterley’s Lover

Sixty years after the impassioned tale Lady Chatterley's Lover shocked the world, a stage version, coming to Darlington Hippodrome in March, presents itself to a very changed world. We caught up with Rupert Hill who portrays the pivotal role of Mellors the gamekeeper in this brand new stage adaptation.

What was it that initially drew you to this adaptation? 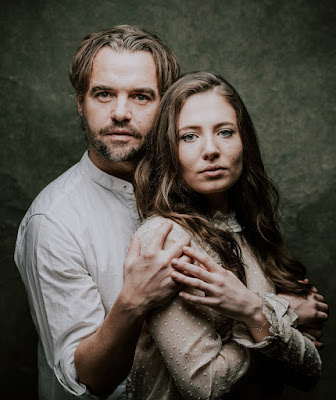 I knew very little about the book to be honest. I’m ashamed to say that I think I’d kind of dismissed it as a “50 Shades” of the 1920’s! But I read Ciaran’s script and I thought it was stunning. Very theatrical and immersive and this really excited me. So much so that prior to my audition I decided to prioritise reading the book, over learning my lines! A risky strategy but it paid off. The book is without a doubt a new favourite of mine. It’s without question a masterpiece, way ahead of it’s time and devastatingly relevant. To describe it as an erotic novel would be a woeful misunderstanding. It’s a philosophical book about truly being alive and in love. I’m so enthralled that I’m going to be involved in a new retelling.

A Fifty Shades of Grey for its time period; were you familiar with the controversial history behind the novel before you got involved?
Yes a bit but I read up about the trials further. The book is very explicit but it amuses me that the very people who sought to have the book banned were also the target of it’s ridicule. The bourgeois and arrogant position of dictating what people can or cant say in their creative pursuits. So stuffy and boring and meanwhile they completely failed to see what a beautiful and progressive love letter to nature Lawrence had written. Life imitated art here quite profoundly.

What do you want audiences to take away from the production?
The book is a beautiful and life affirming piece of work. It asks of us to transcend the tedious trappings of class and social status and seek a higher state of mutual wellbeing through openness and human contact and love. It’s a meditative, cathartic journey and I felt utterly joyous after completing the book. I hope through Ciaran’s vision that we can create something intense, challenging, raw and ultimately life affirming for our audiences. And also I hope they absolutely love it and tell all their friends!

Why do you think it’s important that we discuss female empowerment and sexuality? 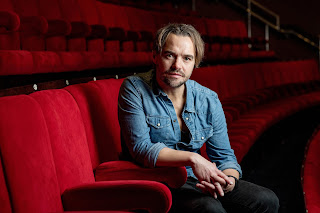 Because it’s utterly absurd that in 2019 we are still discussing female equality in society. Whether it’s their continued sexual exploitation in various guises, a pay gap deficit still apparent pretty much across the board or the lack of female political leadership across the planet, this battle is still being fought. Powerful men seem so cocksure that their vision of the world and the human condition is the correct analysis and what Lawrence does is to drown out and quieten those voices and he raises the volume of the female protagonist. We hear her desires, hopes and beliefs and they contradict starkly with that of her husband’s and his stifling high society. It is such a feminine book (for want of a better word) that it continuous to amaze me that it was actually written by a man

Do you think the discussions around social class are still relevant today?
Absolutely. The rise of populism, nationalism, racism and anti-immigration rhetoric have once again turned the working classes against the migrant as the reason for their downfall. Rather than the collapse of the international markets and the major banks, unregulated by runaway venture capitalist supporting governments. The greatest ever right wing trick! The rich/poor divide is enormous and growing and respect for truth, facts and evidence is waning.

Food banks, homelessness and a rise in crime also point towards an expanding imbalance and division in class today. The void between the have and have nots is as glaring, prevalent and toxic today as it’s ever been.

A lot of people will know you from your appearance in Coronation Street. What is the biggest difference between performing on stage and screen? 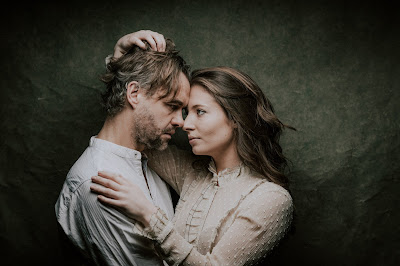 One of the major reasons for leaving the Street was because I missed doing theatre. I was worried that I might’ve lost that skillset. It’s a completely different discipline and requires a different approach and respect. Theatre is playful and dangerous. It’s very exciting and humbling too. The audience are complicit to the energy in the room and we all go on a sort of journey together. It’s amazing. Acting for camera is amazing too but it’s all about the finished product. All about the destination. Theatre is about the journey.

What preparations have you done for taking on this iconic literary heartthrob?
Are you asking if I’m going to the gym? Well I am. I’ve been working with a personal trainer on losing some weight and achieving the kind of physique an ex soldier now gamekeeper might have. It was going well till I got flu last week and was bedridden. Although I still lost the weight so every cloud.

Mellors was my favourite character when I read the book and his vision of what a man should be completely blew my mind. He thinks men should be gentle, loving and compassionate. He thinks that’s real masculinity. I want to bring this kind of thinking into the performance alongside the dark brooding anger and sadness of the man. I think it’s these mysterious contradictions that make him so compelling. And the fact that he listens to what women think and what they want. He’s a dude.

What would your dream role be?
I just like the unexpected diversity of this job. You never know what’s coming next. I recently played a communist revolutionary in a Bertolt Brecht radio dramatization and now I’m playing a Yorkshireman Gamekeeper. It’s the best thing about the job. It’s always unexpected.

What’s next for you after the tour?
Nothing yet, we’ll have to wait and see.  I do have a couple of potential directing jobs next year though which is exciting for me because I’ve only just started dipping my toe into this side of the business and I love it.

For more information or to book call 01325 405405 or visit www.darlingtonhippodrome.co.uk
Posted by North East Theatre Guide at 12:06