The Royal Shakespeare Company will make a triumphant return to Newcastle Theatre Royal with As You Like It, The Taming of the Shrew and Measure for Measure playing Wednesday 11 – Saturday 21 March 2020.
The RSC last played a season at the Grey Street venue in 2013 and made a much-welcome return to Newcastle Theatre Royal in 2019 with the tragic love story Romeo & Juliet.

The company will feature 27 actors, who will each appear in two of the three productions.  As You Like It is directed by Kimberley Sykes, The Taming of the Shrew by Justin Audibert, and Measure for Measure by RSC Artistic Director, Gregory Doran.  Set design for all three productions is by Stephen Brimson Lewis, Director of Design for the RSC.

The region will be well represented within the cast; Antony Byrne from Whitley Bay as Duke Senior and Duke Frederick in As You Like It and the Duke in Measure for Measure. Durham University graduate Hannah Azuonye will appear in the role of Lady in Measure for Measure and Pedant in The Taming of the Shrew.

Gregory Doran, RSC Artistic Director, said: “We have worked hard to assemble a company of actors which reflects the nation in ways it has never done before. Featuring a 50/50 gender balanced ensemble, we have brought together talent from all corners of the United Kingdom, reflecting both the ethnic, geographical and cultural diversity of Britain today and those artists that are underrepresented on our stages. We want to create a season of work which places contemporary audiences at its heart, which speaks directly to the present moment.”
Erica Whyman, RSC Deputy Artistic Director, added: “We want as many people as possible to see our work, and we really believe Shakespeare should be for everyone, so taking plays around our nation is an essential part of what we do. I’m delighted that our visit to Newcastle Theatre Royal will give audiences the chance to see not just one production, but our wonderful company of actors in three very different plays.”

Following her roles in Dido Queen of Carthage, Julius Caesar and Antony and Cleopatra in 2017, Lucy Phelps returns to play Rosalind in Kimberley Sykes’ production of As You Like It. She will be joined by David Ajao as Orlando whose previous productions for the RSC include The Merchant of Venice, Othello and Hecuba.

Sandy Grierson, who took on the roles of Faustus and Mephistopheles in Maria Aberg’s 2016 production of Dr Faustus, will play Angelo in Gregory Doran’s staging of Measure for Measure. Following his performance as Antony in Antony and Cleopatra, Antony Byrne returns to play The Duke. They are joined by Lucy Phelps in the role of Isabella.

Tickets from £16.00 can be purchased from the Theatre Royal Box Office on 08448 11 21 21 (Calls cost 7ppm plus your phone company’s access charge) or book online at www.theatreroyal.co.uk. 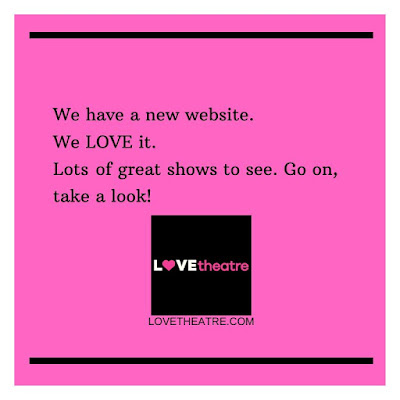