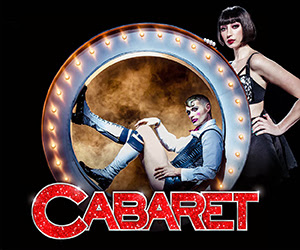 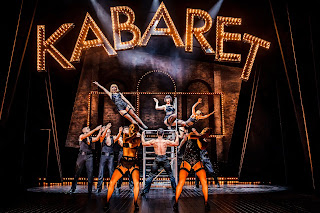 Cabaret started life on the stage before it was turned into a major film in the 1970s. There are a few significant changes between the two however, in our opinion, the stage show is much better than film. Indeed, THIS particular production of Cabaret is well worth seeing as it manages to control two central themes, against a background of political upheaval in Germany, without confusing the audience. But Cabaret is much more than that as a consistently remarkable cast put on a real show at the Sunderland Empire. 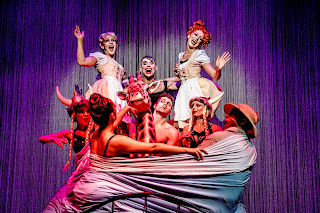 Not everyone has seen the film. So, let’s start with the story. 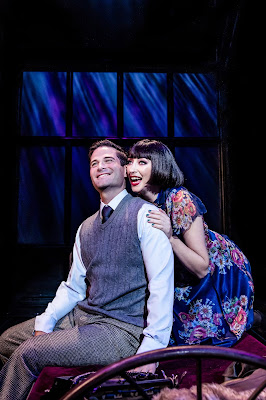 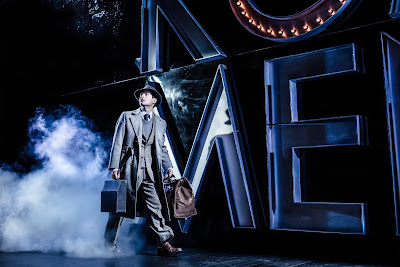 The tale begins on New Year’s Eve, in Berlin, as 1930 is turning into 1931.  American author Cliff Bradshaw (Charles Hagerty) has just arrived and he is in need of somewhere to stay in order to write his new book. Lucky for him he bumps into Ernst (Nick Tizzard) at passport control who seems to be smuggling perfume in order to make a bit of money on the side.  Ernst recommends taking lodgings at Fraulein Schneider’s residence. He also suggests that they meet up later at the Kit Kat Klub. Schneider (Anita Harris) offers him a room and Cliff quickly meets up with the other characters at the house including fruit seller Herr Schultz (James Paterson) and Fraulein Kost (Basienka Blake) who seems to have lots of sailors popping by. 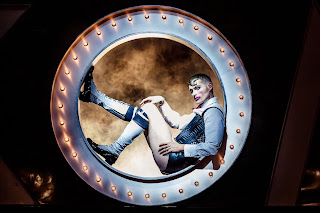 The Kit Kat Club may a dark, bawdy and shameless venue which aims to entertain. Emcee, performed by the enigmatic John Partridge, leads the opening number Wilkommen and he is supported by a very tight dancing ensemble. In fact, the clubs scenes all benefit from, at times sensual, but always very dramatic, dance and catchy memorable songs. The Emcee really cuts it by breaking the 4th wall with the Sunderland crowd on occasion, but not too much. Adding to the ambience is a live band, under musical director Phil Cornwell, sat behind in raised position who did not put a note wrong all night. 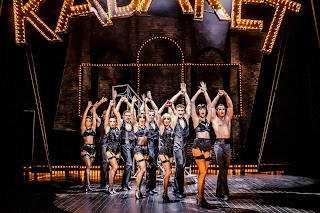 It is at the club that Cliff meets English entertainer Sally Bowles (Kara Lily Hayworth) who is sacked and decides to move in with Cliff. The story then looks at this couples relationship whilst, at the same time, moving the action back to the club to see the bigger picture, including the political turmoil of German in the early 1930s. 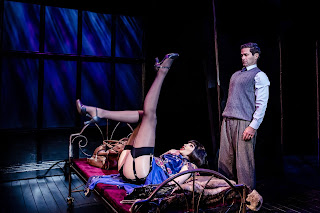 Cabaret’s design helps to set the atmosphere. Lighting (Tim Oliver) picks out action but also keeps some stuff deliberately in the shadows.  Sound (Dan Samson) too is sometimes changed to reflect the setting/venue. Having some of the set pushed on meant its arrival was sometimes choreographed (Javier De Frutos) into the action too. 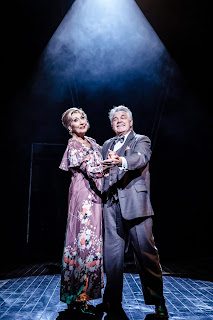 The Fraulein Schneider lodging house scenes felt more separate from the club scenes and that clarity helped make this a better experience than the much-loved movie in my opinion. The issues around Fraulein Schneider were well captured and Anita Harris has a stunning voice. Charles Hagerty’s Cliff Bradshaw seemed less pathetic and naive than in the movie too. Likewise, Kara Lily Haworth’s Sally captured the free spirit of the time. James Paterson conveys the confidence that everything will be alright as the Jewish Herr Schultz, despite the various warning signs.

There is some nudity in the show, but it is not on stage for an excessive time.  Indeed, used to make a statement at the end. 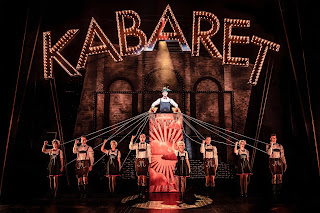 The undercurrent of impending political change is not laboured but hangs in the air from the start.  The sequence of historical events flows organically across the piece. The later stages of the show are less of a shock as the political themes overlap with the residents of Fraulein Schneider’s house. 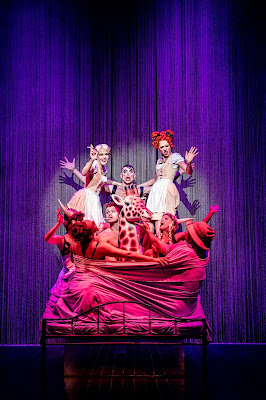 Cabaret is well worth seeing. It has plenty to offer as a piece of theatre. There is no ‘mega mix’ to get everyone standing at the end (unlike a lot of modern musicals) but Sunderland still gave it a well-deserved standing ovation.  The ensemble worked so hard to entertain in this five- star performance.

Review by Stephen Oliver
Photos: The Other Richard

NB: Officially the show is marketed as “Recommended 13yrs+ Please note this show contains nudity, strong language and adult themes.” Yes, there is both male and female nudity. Parents will know best if it is suitable for their children.
Posted by North East Theatre Guide at 21:39