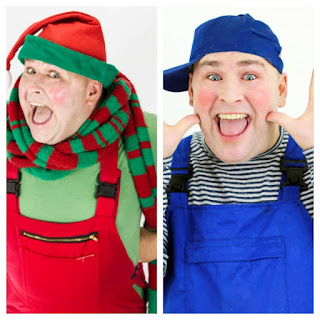 The ‘little panto for little ones’ was devised by The Customs House Executive Director Ray Spencer in 2009 to complement the main house panto, with the aim to be more accessible to children under seven and their families.Giving a more suitable first time theatre experience for the little ones.
Wayne, who also wrote and directed the shows, said: “I always said I wanted to get to the 10-year mark and I did, it was really special. So I decided my eleventh year would be the time to say goodbye to Elfluent and let the next generation of panto performers elevate their little panto to the next level.”
He added: “Santa’s Naughty Elf has meant so much to me as a performer, as a writer and as a person. It became so personal, getting to grow with our audiences who came back year after year.” added Wayne 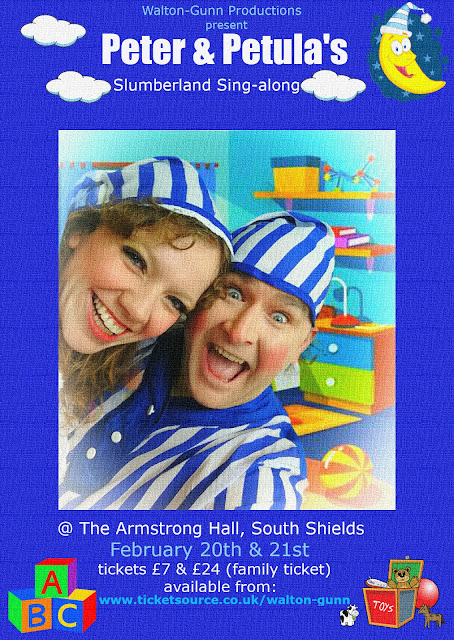 Audiences he hopes return to the growing panto universe of Peter Plank. The actor and writer created the panto character two years ago, to entertain in the none festive holidays for families. Over the past two years Peter has been in many popular adventures. One of which was a Slumberland Sing-Along, which was first seen at The Westovian Theatre in South Shields. The show Peter & Petula’s Slumberland Sing-Along is back by popular demand this February.
Wayne says: “The first time we performed this show, we got such a wonderful response with the audiences. They asked us when they could see it again, so we decided to bring it back for a short run this February Half Term. They really seemed to love seeing the hapless and hopeless Peter Plank as much as I love playing him!”
The show tells the story of Peter and his sister Petula who decide to have a sleep over, inviting everyone to join them in PJ’s and with teddy’s for a night of song and dance. They bring to life weird and wonderful family members and things that go bump in the night…bumps that are not too scary though, as this is a mini pantomime for the mini ones.
“We wanted this show to follow in the same style as Santa’s Naughty Elf, perfect for the mini ones. Not too long, interactive with plenty of silliness. Something Wayne has become well known for” adds producer Stacy Walton.
Walton-Gunn Productions continue to produce perfect panto fun for North East audiences and hope the return of Peter & Petula’s Slumberland Sing-Along is a fun start to the first school holidays of 2020. There are only three performances at Armstrong’s Bar ( Formally The Armstrong Hall) so grab your tickets to the show from www.ticketsource.co.uk/walton-gunn . Tickets are priced at £7 and £24 for a family ticket.