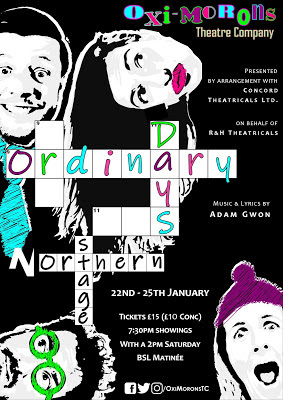 Stage 2 is playing host this week to the venue’s debut by the Oxi-Morons Theatre Company. They have revived a musical that looks at the life’s of four New Yorkers over the period of 24 hours. The powerful lyrics provide a rich tapestry of modern life. Thanks to four engaging actors, accompanied by live music from Ray Taylor on the piano, the audience was immersed in a potent tale.

The soundscape of a bustling city centre greets the audience as they arrive. Car horns blare as you take in the set made up of stalls, Virginia Woolf quotes and a crossword. 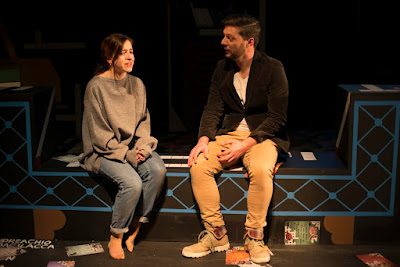 It is September 11th 2008 and four people are preparing for another day in the Big Apple. Gram Cummings is first to appear as Warren who is house sitting for an artist who is currently incarcerated. He tries to keep the work of the unnamed painter alive by giving out leaflets that he has designed which are covered in quotes. Despite his outwardly confident entrance, Gram manages to convey that sense of a fragile personality who clearly has a detailed back story that has put him into this position. 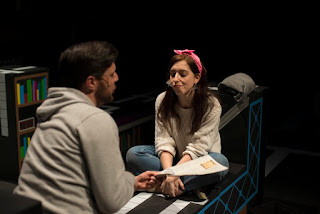 Eilidh Talman then introduces Deb, who is trying to graduate but has lost the book that contains all of her notes that she needs for her thesis on Virginia Woolf. Her supervisor has clearly made it clear that there are no excuses for a late submission and that stresses her out. 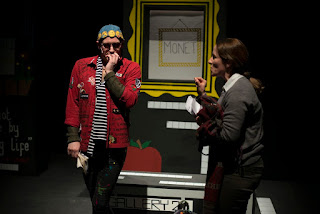 In the third flat are a couple that are moving to the next stage in their relationship. Jamie Brown is Jason, a lad who is tired of running backwards and forwards between the two locations and he is unpacking his stuff in Claire’s apartment. Tension is building from the off as Claire is less keen on moving her stuff out of the way. Melanie Carss is terrific as the reluctant flatmate who doesn’t want to explain why she is keeping her yearbook or a jumper that she never wears. 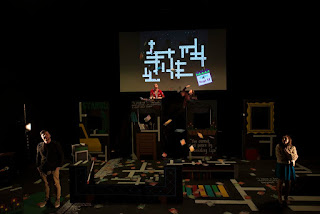 This show features over 20 songs that both convey feelings and push the narrative along. There is no need for dull exposition when Adam Gwon’s well chosen phrases for the lyrics tell the audience all that they need. The bonus is that this propels the show along at a decent pace – which is also helped by the omission of an interval, that also sustains the tension.

Yes, there is going to a link between the characters but it isn’t as contrived as a television sit-com.  Some of the back story to some of the characters will be revealed but the audience is treated with intelligence and not everything is revealed or explained. I found myself pondering over these well-formed individuals on the drive home. And that is the magic of this production is that you care about these people. Without that emotional attachment, the show fails. It is through the performances that you form such a bond. Jamie Brown and Melanie Carss show that a lack of communication can add to stress whilst Eilidh Talman shows the stress of work deadlines that others don’t understand. Gram Cummings shows a fully formed and complex character that has so much to offer. 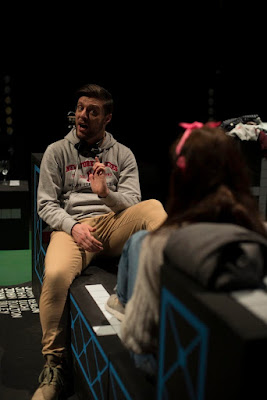 For a show that is made up of many songs and is almost entirely sung through, it does feel different for a musical. Light and nimble rather than trying to force itself into a traditional format. 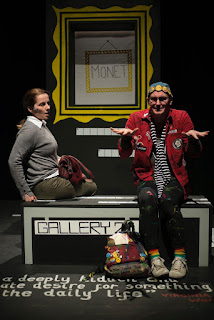 This is wonderful show that was a pleasure to watch.

2020 is proving to be a great year for theatre already!