Created and performed by Peter Groom.
Co-written and directed by Oliver Gully. 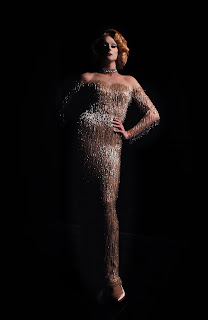 It is 1942, on the battlefields of North Africa, in a gold sequin gown, Marlene Dietrich takes to the stage to launch her own offensive against the German Reich. For the next three years she would fight the war her way, with an irresistible mix of songs, sequins, sex and sympathy.

An intoxicating mix of theatre, cabaret and drag, this critically acclaimed one-(wo)man show – a 100% sold-out hit at VAULT Festival 2018 - uses music, stories and songs including Falling in Love Again, Lili Marlene, Where Have All the Flowers Gone?, and Boys in the Backroom, to reveal a Hollywood icon’s extraordinary commitment to duty. 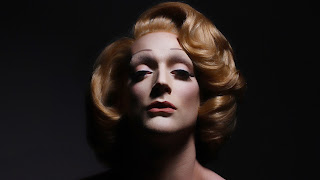 This real life tale of a legend takes us through the Weimar Republic, the Golden Age of Hollywood, the Rise of Hitler, a world on the edge of collapse, and a long journey back to Berlin where it all began.

Born in Berlin in 1901, Marie Magdalene “Marlene” Dietrich soon became a Hollywood legend, and the most famous German woman in the world. However, when World War II was declared, she was forced to choose between the country that she loved, and what she knew was right. Renouncing her German citizenship, Dietrich joined the American Army and fought against her homeland in order to free her people from Hitler. With an American smile and Prussian discipline she would entertain GIs in an evening dress, then put on a combat uniform and head to the front.

As our political landscape becomes more polarised this timely story of duty asks questions about our own moral and ethical obligations, and explores how the fight for freedom can take many forms; whether in a sequin gown, combat uniform, or as a man in a wig.

Peter Groom said: “I’m keen to dissect the use of drag in theatre and explore a way in which drag becomes not just a novelty but an important device / tool in order to help tell a story. I’ve assembled a team that have a strong theatre background and a strong theatrical sensibility to make sure the piece has a strong narrative within the cabaret style framework it is presented in.”
Peter Groom is an actor, dancer and choreographer working mainly with dance and theatre. Graduating Guildford School of Acting  in 2013, he has worked both the UK and internationally (dance credits include:One Side to the Other Akram Khan Company, acting credits include: MEAT Schaubuhne Berlin, Romeo and Juliet and Sherlock Holmes Aquila Theatre, New York). Alongside this he began to create his own devised work. Peter has been supported as artist in residence at Battersea Arts Centre, received commissions from IdeasTap, Royal Philharmonic Society, Random Acts, and is currently Associate Choreographic Dance Maker at DanceCity, Newcastle for 2016/17. Peter’s latest work Go Away Johnny, funded by Arts Council England, premiered at DanceCity, Newcastle in March 2017 and will tour nationally in late 2018. Peter started working as a drag performer in 2016 with performances at Battersea Arts Centre, The Glory and Royal Vauxhall Tavern. He writes his own material, a mixture of spoken word, comedy and song parodies.

Dietrich:Natural Duty is being shown as part of Curious Arts Festival 2018: https://curiousarts.org.uk/