Preview: ARC brings five new pieces of theatre to Stockton in May and June 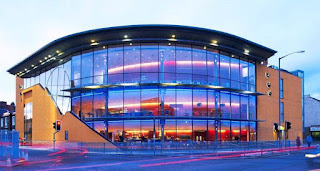 May and June sees new theatre work arrive at ARC in Stockton at a frenetic pace with five original plays over the course of five weeks covering a variety of subjects with themes and ideas that everyone is able to relate to.

Nuketown was developed at ARC and writer and performer Jack Dean has been in the area over the past week working with the public to help create the set. 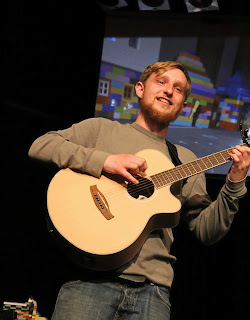 What would you do with £205 billion? That's a question Jack asks as he combines storytelling and protest art to create a play about cities, public money and the possible end of life as we know it. 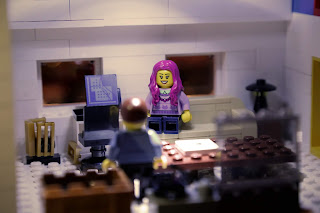 Working with town planners, architects, live feeds and enormous amounts of Lego, Jack has built a brand new utopian model city that is equal in value to the proposed (and controversial) Trident nuclear submarine replacement programme. 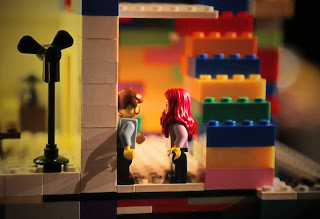 Now he’d like to invite the audience to grab some bricks, help him finish off the city and hear an epic tale that animates this imaginary landscape. This is one man’s epic quest to find love, a lost cat and a solution to the military-industrial complex.
Nuketown is at ARC on Thursday 24th May at 7pm. 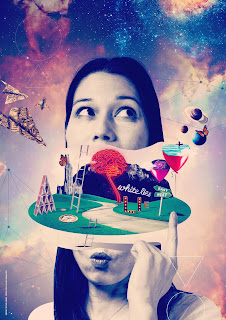 How to Survive a Post-Truth Apocalypse is an epic adventure through a wonderland of lies, fictions, Wikipedia facts and the stories that we tell ourselves. Join Francesca Beard as she takes you through a series of fabulous encounters where you will explore make-believe in its many forms, from political spin, to polite half-truths, to the lies we live by.

Francesca is one of the most successful spoken word artists in the UK, and this new show explores our place in a new post-truth world that's had enough of experts, but not enough of Donald Trump. It asks: ‘What is the global cost of make-believe?’, ‘Are all humans liars?’ and ‘Can the truth set us free?’
How to Survive a Post-Truth Apocalypse is at ARC on Wednesday 6th June at 7pm. 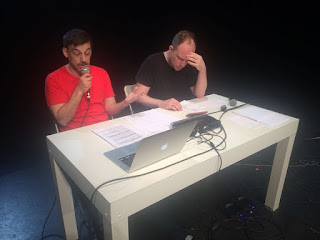 A big name in the theatre world brings his brand new piece to ARC when Chris Thorpe, in collaboration with Portuguese theatre company mala voadora, asks you to give Your Best Guess.

We can’t help living in the future – booking flights for holidays, organising birthday parties, writing applications, sending out invitations, producing t-shirts for tours. But all of this is merely supposition. When the time comes, these things may happen according to plan, or they may not. Life is entirely unpredictable. But what if we could rewrite history? What if we could imagine that things had turned out differently even if they had not? What if we could anticipate all roads to the future, so that we could be prepared for any possible scenario?
Your Best Guess is at ARC on Thursday 14th June at 7pm. 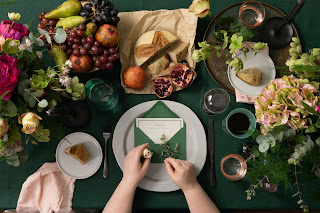 Something a little different will be happening on Stockton High Street on Tuesday 19th June as Ellie Harrison takes A Journey with Absent Friends as she brings The Grief Series to Teesside.

Where do our memories of the dead live? In sacred spaces like gravestones, or aisle 22 of Tesco? On someone’s Facebook page or Twitter feed? Ellie Harrison is on a month-long journey to find out. Travelling between sites of personal remembrance, Ellie will be stopping at arts centres, museums, beer gardens and maybe even the occasional service station. You are invited to embark on your own journey to spend some time reflecting. Add your memories to our audio archive or embroidered map, have a cuppa and spend some time exploring a caravan full of hidden treasures. The caravan is free and open to people of all ages.

A Journey with Absent Friends – The Grief Series will take place on Stockton High Street between 12pm and 6.30pm on Tuesday 19th June. Admission is free. 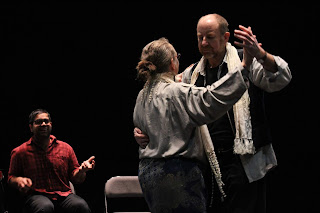 ARC's Artistic Associate Umar Butt has written and devised a new show called Alex & Eliza that speaks to all of us – those hidden stories that lie within our families that are only discovered by accident.

As a girl she lived through the death and destruction of the 1947 partition between India and Pakistan, but now Zubair’s grandmother is like everyone else’s grandmother. Old and wrinkly, slow in speech and speed. The separation, isolation and loss from that time are a distant memory. Now she makes her own olive oil, mango pickle, and butter. She sits in the afternoon sun brushing her grandchildren's hair; she knits sweaters for the winter, and makes cakes. She has lived in the same house on the same street for 40 years of her life until she gets on a plane to visit Zubair in another country.
Based on Umar's own familial discoveries and extensive research (including with our own Staying Out group) Alex & Eliza is a compelling piece filled with humour and emotion.

All theatre performances at ARC are priced on a Pay What You Decide basis, which means you don’t have to pay until after you have seen a show!

More details can be found here: Pay What You Decide