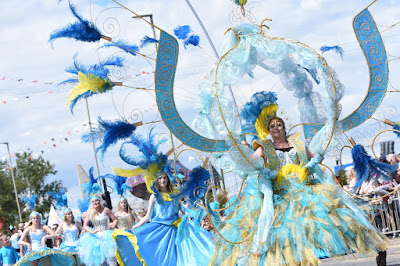 COMMUNITY groups, schools and other voluntary organisations are being invited to don their costumes and take part in one of the summer’s most exciting events.

The annual Summer Parade is one of the key events in the South Tyneside Festival, which is organised by South Tyneside Council, and brings three months of music and family entertainment to venues across South Shields.

This year’s theme will be Monsters, Myths and Magic, and organisers are hoping to involve hundreds of youth groups, schools and community organisations.

Working under the artistic direction of South Shields-based Creative Seed, these groups will get the chance to join the parade on Saturday 30 June.

The parade is expected to involve fantastic floats, colourful costumes, singing and dancing, as it weaves its way through the town centre from South Shields Town Hall to Bents Park.

And now anyone wanting to get involved can get a flavour of the event at a special preview on Friday 23 March.

Garner Harris, director at Creative Seed, is calling on groups to get involved.

“The Summer Parade is a fantastic event, and this is a great opportunity for people to come together in a big celebration,” he said. “We want to involve as many people as possible from across South Tyneside and beyond.

“Each year the parade gets bigger and better, and we are working on some exciting ideas to make this year’s even more special.

“We will be hosting a ‘visioning’ event with group leaders and interested parties next week so they can come along and really see how they can get involved this time round.

“But even if someone is not part of a specific group, there’s still no reason not to be involved as we want everyone from toddlers to grandparents to be included.”

Cllr Alan Kerr, Deputy Leader of South Tyneside Council with responsibility for culture and leisure, added: “The annual parade is one of the favourite events on South Tyneside’s calendar and we are keen to help grow it even more.

“We want to make the parade a big celebration, featuring as many people as we possibly can. The team at Creative Seed has some incredible plans and ideas, and I am looking forward to seeing the result of all their hard work this summer.”

As part of the preparations for this year’s event, Garner and Sandy Harris of Creative Seed will be meeting school, community and voluntary group leaders at The Word, National Centre for the Written Word, at Market Place from 5.30pm on Friday 23 March.

Any groups that cannot attend the meeting but are interested in taking part in the parade are advised to contact the events team at South Tyneside Council on 0191 424 7986 or email events@southtyneside.gov.uk

MONSTERS! THE GOOD,
THE BAD AND THE CUDDLY, ARRIVE AT THE WORD 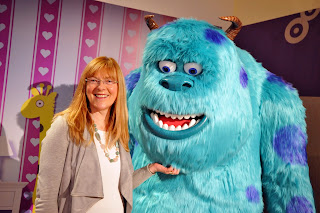 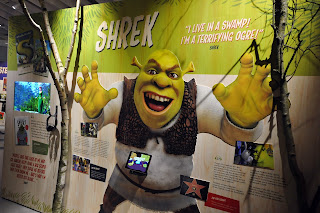 Monsters! The Good, The Bad and The Cuddly is the latest large-scale exhibition within the Port of Tyne Exhibition Space at The Word: National Centre for the Written Word.

Created to mark the 200th anniversary of the publication of Mary Shelley’s Gothic horror story, Frankenstein, it brings visitors up close to a vast display of creatures, from the beasts of early mythology to the modern, digital creations of Pixar and Disney. 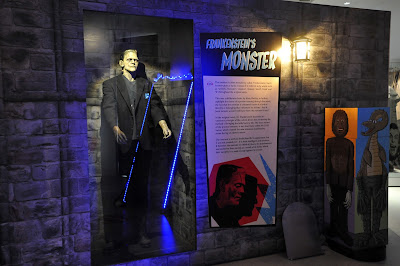 Not only can they meet Boris Karloff’s classic movie monster – based on Shelley’s novel - in Dr Frankenstein’s lab, but they can also see what it feels like to be held by King Kong and take a selfie with Sulley from Monsters Inc.

Monsters from Hollywood’s golden age, such as Dracula, Wolf Man and the Mummy, make an appearance and there are monster-themed interactive games, the chance to watch clips from monster movies and readings of The Gruffalo and Shrek for younger visitors.

The Word has enjoyed phenomenal success, welcoming more than half a million visitors since it opened in October 2016.

Tania Robinson, Head of Marketing and Culture at The Word: National Centre for the Written Word, said the new exhibition will appeal to people of all ages.

“Everyone has a favourite monster,” she said, “and, as we celebrate the written word in all its forms, we couldn’t let the 200th anniversary of Frankenstein go by without marking it in some way.

“Creating an exhibition based on monsters gave us the chance to have some fun with the whole genre of horror writing and to explore the creatures that have frightened or entertained people through the centuries.”

The exhibition is once again sponsored by the Port of Tyne in recognition of its commitment to supporting learning and development within the heart of its operating area.

Andrew Moffat, Port of Tyne Chief Executive Officer, said: “The Word is an excellent example of a contemporary learning experience and cultural space – we are delighted to continue to lend our support for the Port of Tyne Exhibition Space which is a key driver of visitors to South Tyneside.

“The monstrous new exhibition is a fantastic new attraction for visitors young and old and we hope as many people as possible find the time to visit The Word.”

The exhibition has been created by Blaydon-based Sheridan Design, which has delivered previous exhibitions at The Word, including Sir Ridley Scott: Past Present and Future Visionary and Shiver Me Timbers: Pirates on Page, Stage and Screen.

Senior designer, Jon Ternent, leader of the creative team who spent five months putting it together, said that, in terms of content, it is Sheridan Design’s biggest project to date for The Word.

“Our starting point was asking ourselves the question: ‘what constitutes a monster?’ and taking it from there,” he said. “A vast amount of research and work has gone into creating the exhibition, particularly our giant model of Sulley, which alone took