“About this young engineer chap you’ve got working with you –
tongues are beginning to wag ...” 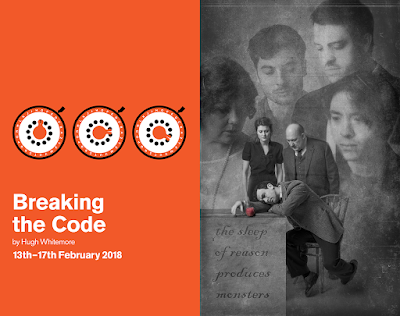 This LGBT History Month the People’s Theatre are delighted to bring their audiences Breaking the Code, the important and thought-provoking true story of brilliant mathematician Alan Turing. 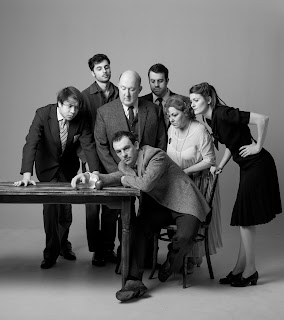 At the height of the Second World War, Turing was a key figure in breaking the top-secret Enigma code used by the Nazis. His work is thought to have significantly shortened the war. 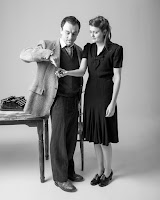 In the aftermath of victory, Turing returned to academic life and the development of the modern computer. But his dreams were left tragically unfulfilled as his private sexual life fell afoul of social attitudes in 1950s Britain. 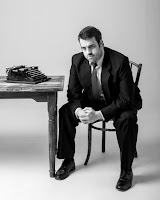 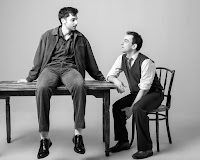 Knowing what we do of Turing’s sad fate turns this tender portrait of an autistic prodigy into a modern tragedy. 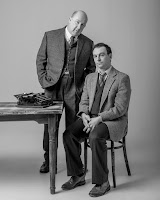 When Whitemore wrote Breaking the Code in 1986, Turing was something of an enigma himself: an obscure figure known only to scientific historians. In recent years, however, Turing has been officially pardoned by the Queen, become the subject of an Oscar-winning film, two operas, and an electronic Prom devised by the Pet Shop Boys.

Although the play has been described as oddly funny at times, and with nervous laughter in the air at others, the sadness is never far away.

This work about a gay martyr moves the audience because its protagonist never thinks of himself as one. When the story of a badgered nonconformist is told as a tale of innocent self-assertion rather than maudlin self-pity, one finds not a saintly victim, but an unlikely hero at centre stage.