ONE NIGHT SHOW STOPPERS THIS FEBRUARY AND MARCH AT SUNDERLAND EMPIRE!

ONE NIGHT SHOW STOPPERS THIS FEBRUARY AND MARCH AT SUNDERLAND EMPIRE! 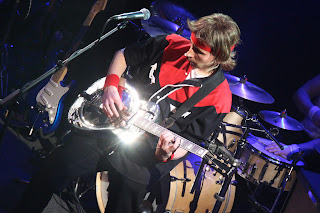 For one night this February and March at Sunderland Empire! First up, prepare to be captivated by the authentic sounds of one of the most successful rock bands of all time with a tribute to the Dire Straits. Money For Nothing (18 February) ensures meticulous attention is paid to every detail, to faithfully recreate the distinct sound of Dire Straits in this unforgettable sonic spectacular. 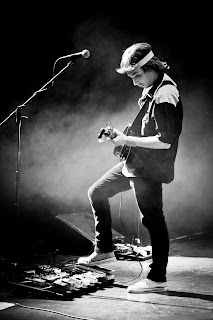 Performing Money for Nothing, Romeo and Juliet, Sultans of Swing, Private Investigations, Walk of Life, Brothers in Arms, So Far Away and many more much-loved classics drawn from six platinum albums. Audiences are treated to those soaring guitar solos and instantly recognisable riffs by an incredibly talented band in a musical encounter you will never forget. 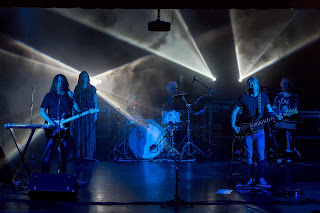 The extraordinary band, Think Floyd (25 February) are dubbed the Definitive Pink Floyd Experience and are renowned for their stunning celebration of the music of one of the world's greatest bands. Think Floyd pride themselves in faithfully recreating Pink Floyd's timeless music, backed by their dedicated team of sound and lighting engineers and an impressive laser light show, this exciting production will recreate all the atmosphere, visual magnitude and musical excellence of Pink Floyd live on stage. The brand new show for 2018 will feature the whole range of classic Pink Floyd from the Dark Side of the Moon, Wish You Were Here, The Wall, Animals and much more. 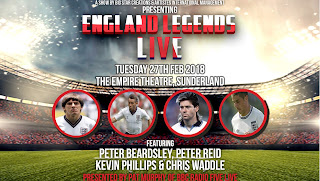 The transfer window may now be closed but England Legends Live! are set to take centre stage (27 February) with four icons of English football set to appear at the Empire Theatre to discuss their brilliant careers, ahead of the 2018 FIFA World Cup. Join: Newcastle, Liverpool and England star *Peter Beardsley, England and Sunderland goal hero *Kevin Phillips, popular ex-Black Cats boss and England player *Peter Reid, and former Newcastle and England star *Chris Waddle (now a BBC pundit). *Please note, players are available at time of booking but their schedule could change. 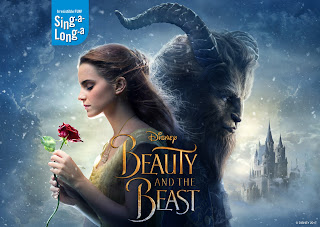 Next up we invite you to Be our Guest at Sing-a-Long-a Beauty and the Beast (28 February) as we celebrate the brand new adaptation of Disney’s iconic fairy tale with on-screen lyrics so everyone can join in!

This your chance to sing your heart out to the Disney songs of your childhood such as Be our Guest, Belle, Gaston and not forgetting the Beauty and The Beast.  Our Singalonga host will start with a pre-show where they will warm up your voices, teach you some hand actions, show you how to use the famous Singalonga props bag during the film and when to Boo the arrogant Gaston and of course judge the fancy dress competition!

For those of you who have been abandoned somewhere on a desert Island and don’t know the story… Belle (Emma Watson), a bright, beautiful and independent young woman, is taken prisoner by a beast (Dan Stevens) in its castle. Despite her fears, she befriends the castle's enchanted staff and learns to look beyond the beast's hideous exterior, allowing her to recognize the kind heart and soul of the true prince that hides on the inside.

So some along and celebrate this tale as old as time, dress as your favourite character and get ready to feel part of a real fairytale. 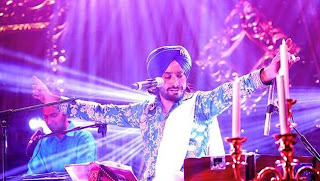 Renowned Sufi singer and Poet, Satinder Sartaaj is coming to the Sunderland Empire with Sartaaj Live (1 March). After starring in the highest grossing feature film in the UK, the star of The Black Prince has gone from walking the red carpet at Cannes to performing at the IIFA Awards in NYC to sold out shows; there is no end to Sartaaj’s talent. Performing with his live band, the charismatic poet will be performing his infamous hits as well as new material. 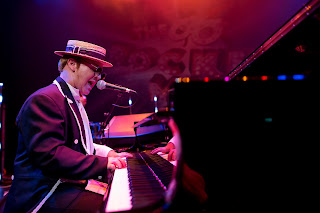 The Rocket Man (2 March) present a tribute to Multi-Grammy award-winning legend and superstar, Sir Elton John. Join us on a musical journey, charting the rise to fame of one of the biggest selling artiste of all time. Combining breath-taking vocal and piano performances, flamboyant costumes, a dazzling light show - all accompanied by an outstanding band and backing vocals.

Travel back in time and be treated to all the hits such as Crocodile Rock, Philadelphia Freedom, Saturday Night’s Alright for Fighting, Are You Ready for Love, I’m Still Standing, I Guess That's Why They Call It the Blues, Tiny Dancer, Your Song and of course Rocket Man. 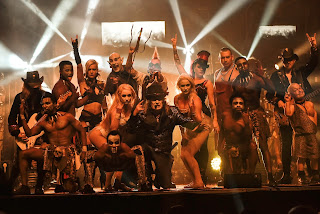 After taking to the road over 22 years ago and touring all over the world the phenomenon, Circus of Horrors (3 March) returns with its latest brand new incarnation Voodoo. The spectacular show features an amazing amalgamation of bizarre and fantastic circus acts act’s all woven into a sensational shock / horror story and the darkest of magic – taking the show to a whole new level, it’s driven by a mainly original soundscape and performed with a forked tongue firmly in each cheek. Age advisory 16+. The Circus of Horrors contains some nudity and language of an adult nature and is not suitable for children.

The World’s Official No.1 Eagles tribute, The Illegal Eagles returns (4 March) for another outstanding show promising more of their trademark musical prowess, acute attention to detail, and incredible showmanship. This phenomenal group of musicians have been touring for over two decades and remain true Eagles fanatics! Their longevity and continued international acclaim are due in no small part to their extraordinary mastery of the Eagles’ distinctive sound.

Featuring the very best from the Eagles’ repertoire including Hotel California, Take it to the Limit, Life in the Fast Lane, Take It Easy, Lyin’ Eyes, Desperado and plenty more!

The eighties are back and three 80’s Legends, Go West, Nik Kershaw and Cutting Crew have joined forces for a truly incredible, once in a lifetime, concert experience - Icons of the 80s (11 March). They're the biggest names in the business and to see them perform together will be an unforgettable event. With millions of albums sales and hits like We Close Our Eyes, Call Me, King Of Wishful Thinking, Wouldn’t It Be Good, The Riddle, I Won’t Let The Sun Go Down On Me, I've Been In Love Before and the classic (I Just) Died In Your Arms, this authentic 80s triple header is not to be missed!

Tickets on sale now and available in person at the Box Office on High Street West, from the Ticket Centre on
0844 871 3022* or online from our affiliate ATG Tickets*


*Calls cost 7p per minute plus your standard network charge. Booking fees may apply to telephone and online bookings.
Posted by North East Theatre Guide at 16:07