Preview: Beauty and the Beast at South Shields Customs House

It must be love…
More than a quarter of the seats have already been snapped up for this year’s panto at The Customs House, Beauty and the Beast.

It seems that panto fever hasn’t quite died down following the success of The Lambton Worm at the Mill Dam theatre in South Shields last year.  More than 8,000 tickets have been booked by people keen to see the return of Dame Bella and her hapless son Arbuthnot. 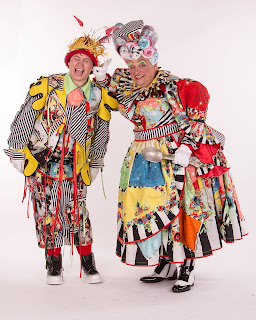 Originally written more than 300 years ago, Beauty and the Beast has been retold many times over the years in film, musicals and on stage, most recently in last year’s live adaptation of the 1991 animated Disney classic, starring Emma Watson as Belle.  For the first time ever, it now gets the unique The Customs House twist.  Why was the Prince of Peterlee turned into the Beast of Cooksonville by the beautiful enchantress – and how was Arbuthnot turned into a bidet?

All will become clear as Dame Bella leads a band of merry players through this well-known story of learning to love the person within. Ray Spencer, executive director of The Customs House, who co-writes, directs and stars in the annual panto as Dame Bella, said: “We’re thrilled so many people enjoyed their last trip to Cooksonville so much that they have already booked to return.  Performances on Christmas Eve have virtually sold out and seats are filling up quickly for Christmas week, so get your tickets quick, before the last petal falls!” 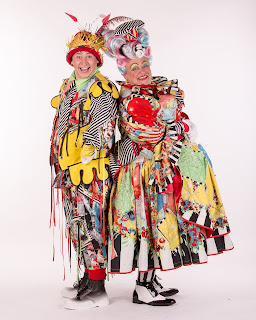 If you can’t wait until then for panto fun, catch Arbuthnot (David John Hopper) and Puddles, his sidekick from The Lambton Worm, in Puddles’ Adventure, which is at The Customs House from Wednesday, February 14, to Friday, February 16.

The show reunites cast and characters from previous pantos at The Customs House, including Steven Lee Hamilton as Fleshcreep from Jack and the Beanstalk, Eleanor Chaganis as Dormouse from Alice in Wonderland and Kylie Ann Ford as Chorizo the Pig from Little Red Riding Hood, as Arbuthnot and Puddles take on Fleshcreep.