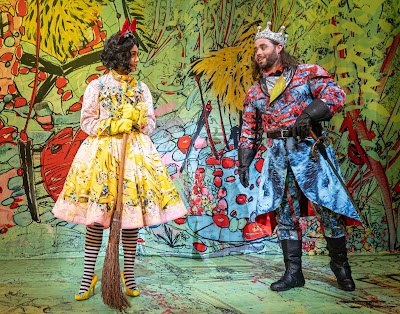 We may have missed press night but we were not going to miss our annual trip to Cooksonville. Ray Spencer MBE and the gang have been entertaining our family for many years and when the team are on form it is a masterclass on why pantomime is such a wonderful form of entertainment. And the family verdict as we drove home: they’re back and it is better than ever!

We must say every year that this small venue frequently fights above its weight and one show that characterises this is their panto. From the moment that you enter the auditorium you notice the design is something rather special. Matt Fox and Paul Shriek have collaborated to create a highly impressive design that runs through the set, wigs, make-up, artwork etc. It has a unique look resulting in a show that has a uniformity in style that one more often associates with the movies. It is easy to take it for granted as it happens on our doorstep, but it is finally getting noticed nationally. As good as it is, the show needs to be more than fabulous in how it looks – the cast and the writing must combine to entertain the audience, and this is when the Customs House show plays its trump card and delivers the knock out blow to the competition this year.

(Allow me to add a side note: Last year was a funny one. A very rare one. We’ve talked about it all year. It was verbose. With hindsight, a rare mis-fire. It was damn close, as pantos go, but not up to the usual high standards. A shame.) 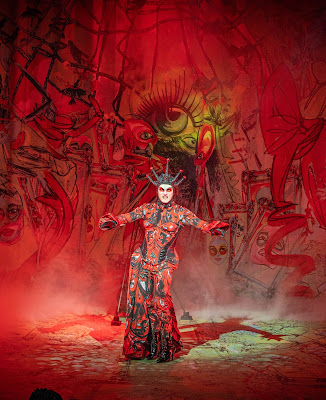 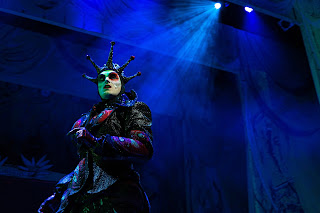 The show opens with Steven Lee Hamilton as the sour jealous old Evil Queen. She may be asking the Minerva of the Mirror (Bethan Amber) about who comes trumps in the beauty stakes but the striking image of these scenes really sets a tone which makes this very different from other Snow White shows that we’ve seen. Steven is very good at playing the corrupt one. 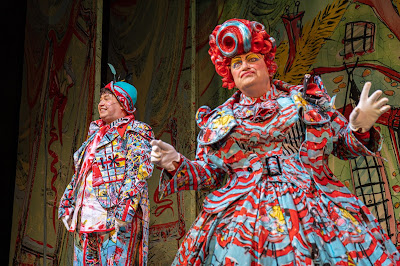 The audience are then introduced to the good guys. Davey Hopper is the firm favourite with the Customs House crowd as the comic Arbuthnot. His friendly on-stage presence means he quickly gets the crowd interacting with him. He has amazing energy considering the gruelling number of shows that they have to do. It feels like he has appeared in more of these Customs House productions than records suggest, a testament to how well his partnership has quickly developed with his onstage mother – Dame Bella Ballcock. 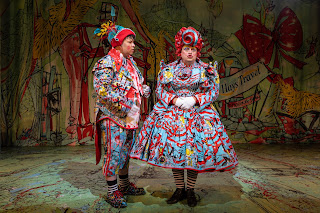 Ray Spencer, who co-writes the show with Graeme Thompson, delivers another masterclass as the Dame with the troubled love life. The cutting remarks and dry wit are a contrast the Arbuthnot’s character, which is more child friendly. Ray, the perfect raconteur, has the room laughing within moments of each appearance on stage, leaving the bulk of the physical comedy to Davey – apart from when the messy scene got far too messy and even Ray fell over. The two funny, yet contrasting characters, work well together and are a part of the magic of this show. 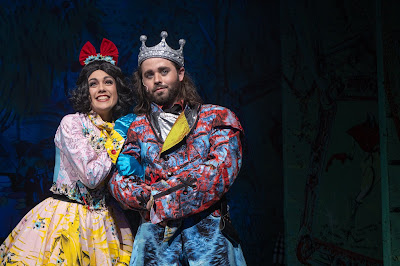 There is always a danger in productions of Snow White that the titular character ends up as a secondary personality that just ends up in a forest waiting for the Prince to arrive. Annie Guy’s Snow White is different. She is woke, opinionated and much more a 2019 individual than you often find. She wants to protect the environment, her true love is more maternal than some random good looking bloke that stumbles over her lifeless corpse. That is not to say that Dale Jewitt isn’t a fine Prince and it was good to see him showing off his vocal talents including a superb duet with Annie. 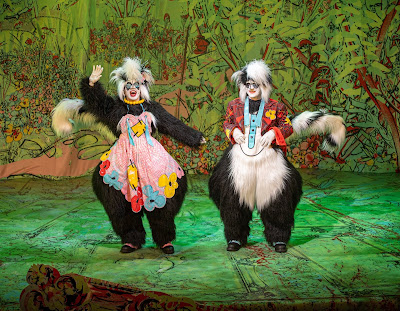 There is also the return of the cute element Customs House style: a pair of lovable skunks. Luke Maddison and Charlie Raine return as Whiffy and Sniffy. Adorable and charming, the pair work well at tying together the plot elements whilst both signing for the deaf and relating well to the kids in the audience. Whilst the Evil Queen is quite a dark character, these two animals provide necessary balance not to give the little ones any nightmares. 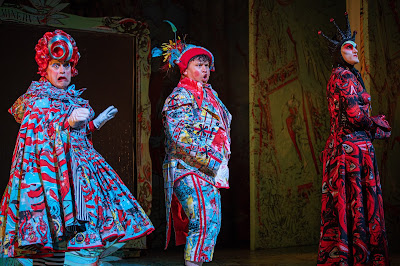 Someone said to me this week that there is always a “but” in what I write. And here it comes… 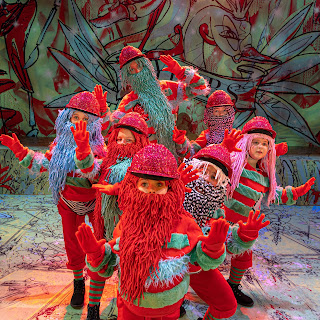 The one reason why Snow White is not usually one of our favourite pantos is down to one issue. Well seven issues, actually. How do you present seven vertically challenged miners on stage? When I first started to go to theatre then this would involve 7 adult actors of reduced height. Nowadays the norm seems to be to use 7 children. At worst, 7 kids with huge masks looking like the shopping centre MetroGnomes, using over articulated hand gestures in response to a pre-recorded track in lieu of being able to move their own lips.

This is the Customs House and so they find their own creative solutions and it appears to be to add beards to six of them so that the backing tape, recorded by the rest of the cast, is still used but you get to see the kids faces and expressions. I’m told that we had the Green Team today and thus congratulations go to Spelk (Isla Taplin), Plodge (Lilia Allen), Gadgie (Erin Peacock), Radgie (Grade Meade), Clarts (Emily Baines), Bog (Kaitlyn Dent) and Fettle (Poppy Ambelez-Clayton) for succeeding where other productions have struggled. 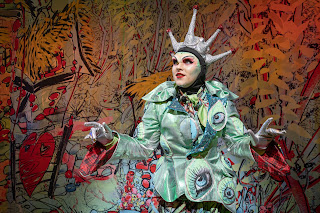 Talking of youngsters: one feature of the Customs House panto are the young dancers that are probably the most focussed and synchronised in the north east each year. South Tyneside Dance workshop, and choreographer Jacqui West have delivered the goods again. Evie Ruddick, Emma Coates, Erin Ruddick and Alania Ebanks did not put a foot, or facial expression, wrong throughout the show.

Snow White ticks the boxes: we have a funny take off scene, a crazy messy scene, competitive community singing, regular jokes, a really dark evil character, lots of good positive characters. Wrap them up with a canny script, great cast and an amazing design and you have a must see show. 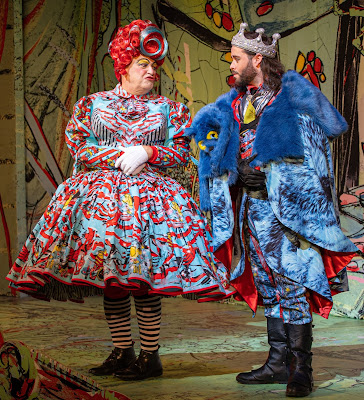 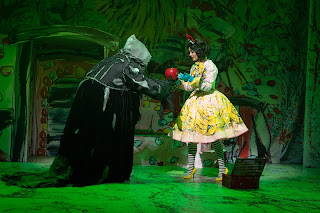 I know you’ve probably already booked your usual panto. But if you fancy another, and surely you do, or you fancy a change, pop down to South Shields and see the only panto company that we went back to for a second helping after our marathon a couple of years back. They’ve found their mojo again and we love them for it.