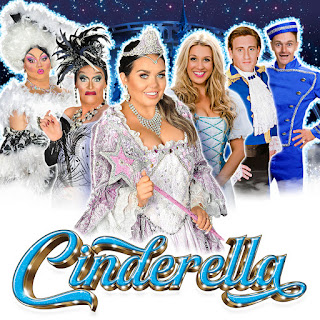 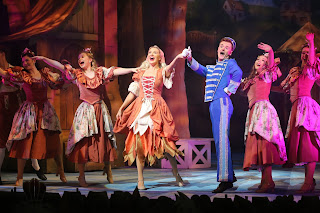 Last year’s panto at the Empire was when the show re-discovered its mojo. This year’s fine panto builds upon that success to produce an even more glamorous and funny delight that is a real Wearside treat. Strong characters from the hardworking cast appear in a show that sticks to the narrative. This is a magical pantomime…oh, yes it is! 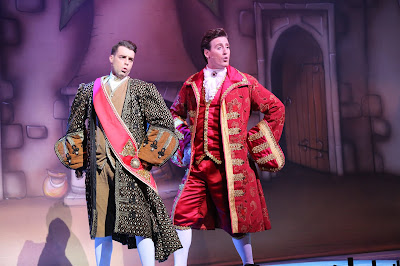 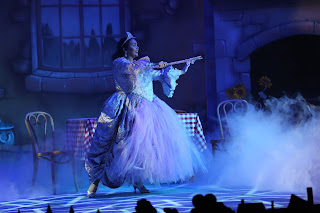 Initially appearing as the Fairy on the Top of the Tree, Scarlett Moffatt, is quickly promoted to Fairy Godmother. Her first assignment is to take care of Cinderella (Gemma Naylor) whose Dad, Baron Hardup (Jimmy Johnson, who also directs) has returned as a newly married man. The extended family includes a pair of stepsisters for Cinders. In Ruby (Duncan Burt) and Rorina (Miss Rory) we possibly have the most glamorous ugly sisters in pantoland. It is their sharp acerbic wit and viscous repartee which shows their nasty cruel ugly side.  This change is a welcome one from the usual hackneyed stereotype. 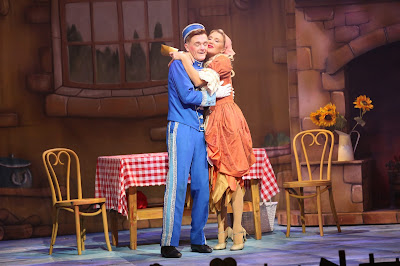 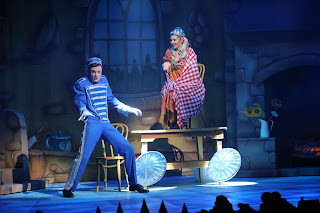 At least Cinderella has her BFF – Buttons, performed by the energetic Tom Whalley. Along with Miss Rory and Scarlett Moffatt, Tom added a welcome North Eastern flavour to the Empire show. “He was fab, never laughed so much” (a friend of ours elsewhere in the theatre). Talking of which – this is a Sunderland panto. The local references were very local. There’s no need to talk about the obvious rival city up the road when you’ve got plenty of closer locations to laugh at. 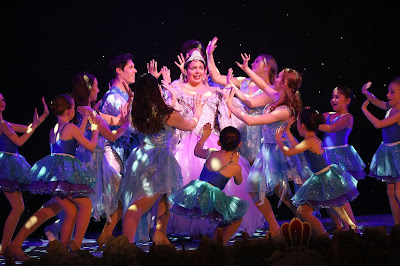 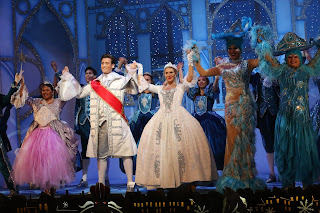 Of course, we need a love interest and that comes in the form of Prince Charming (Jon Moses), who along with his valet Dandini (Sam Ebenezer), decides to have a ball to find the lady he met in the woods. Both have great singing ability as demonstrated in their individual performance and their “bromantic” duets. It occurred to me tonight though…why do the Ugly Sisters always leave their house in one outfit and arrive at the ball in another – what happens in between to cause a complete change of outfit? We need to know? Perhaps that’s a panto in itself. But, I digress… 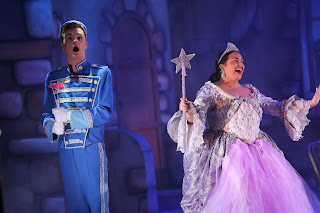 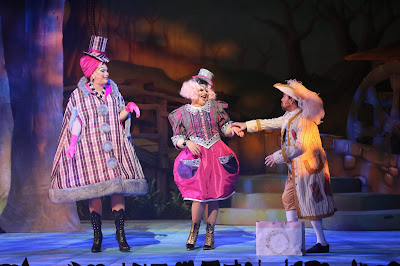 The panto looks great. Fabulous sets and costumes are a big feature. For example: one scene has a water wheel. Rather than just one that is painted of a cloth we had a moving water wheel in the set. It is the level of attention that raises this show above the competition.  Cinderella should look special and, having completed our tour of the professional pantos in the region, this season’s elegant Cinderella is at the Empire. 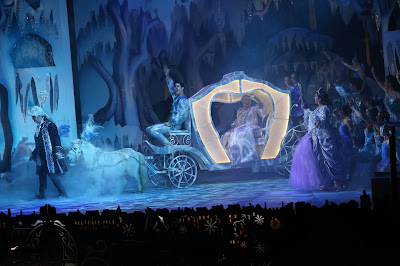 This is a great cast, operating under tight direction, with a terrific script.  Scarlett appears in her first panto and is at home as the fairy. Tom is, by the same token, a panto veteran. From the apparently improvised moments through to the delicate handling of the kids during the community singing, Tom kept us all laughing. The community singing was a song called “I’m a Mackam Man” with the landmarks of the area, to the tune of “Music Man”, another great move. The show has a live band, under musical director Stephen Roberts, performing a great collection of songs. The show has Adam and the Ants’ Prince Charming but no Baby Shark. 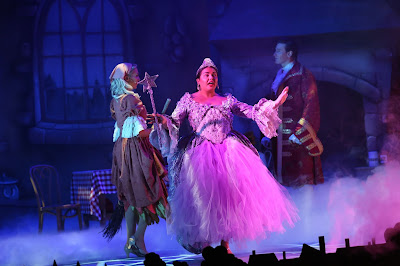 Cinderella is magical. A great end to our pre-Christmas panto season.