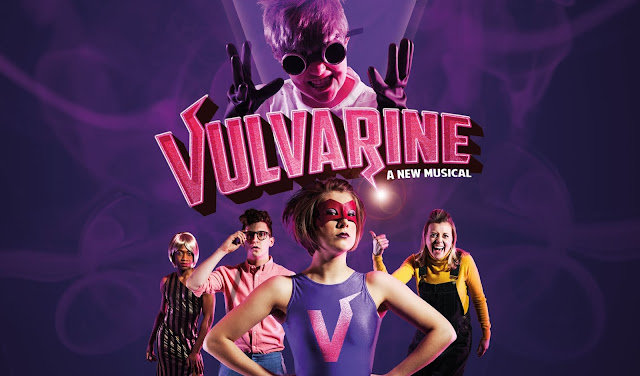 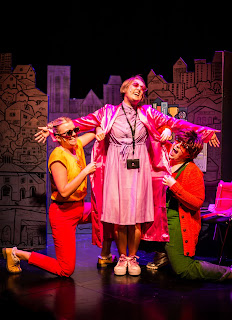 It was a spontaneous act. We had come down to West Yorkshire to see Titanic the musical as it's not coming to the North East. Facebook then informs us that the team behind Tom and Bunny Save The World were in town and it was a no brainer.  We bought tickets for their new show, Vulvarine, instead! 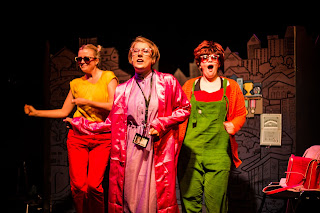 It was our first visit to the Seven Arts Centre in Leeds and we were impressed. We had our evening meal before the show and very tasty it was too. 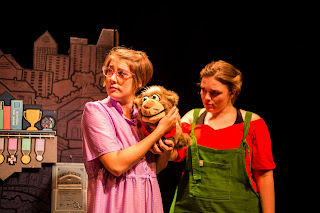 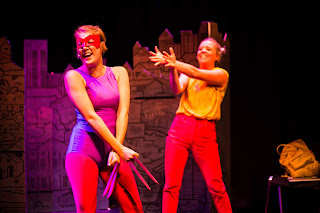 Back to the theatre. It was another boiling hot show for both actors and spectators. The cast of 5 still managed an intense fast paced performance for the Leeds crowd.

Vulvarine is based in High Wycombe. Nothing ever happens in High Wycombe. Byrony Buckle is working in a tax officer when she notices some irregularity with an account. Told to leave it, she decides to carry on the investigation. That evening, during a lightning storm, she visits a doctor about her cough that won't go away.  The quack injects her with a serum which, coupled with a lightning strike, gives her super hero powers. 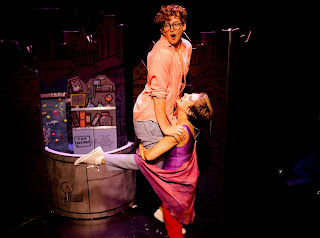 She uses her new powers to fight on behalf of feminist causes. Men should stop mansplaining. Men should sit with their legs together. ...and that evil doctor and the tax account need dealing with. 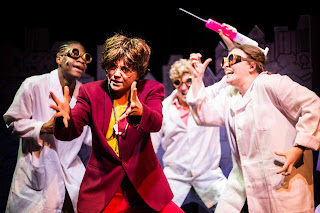 Vulvarine combines great writing, clever set design and a real sense of both humour and purpose. The pace is relentless. Exposition delivered swiftly, and frequently in a funny way. In the year of celebrations of centenary of the woman's vote, this is a modern take on suffrage and women's issues. In a single act they raised the issue but with a big smile on the audience's faces. Now that is clever. 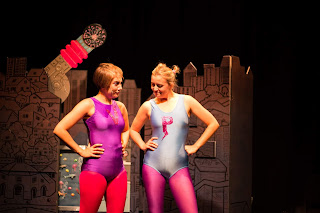 The songs worked well with the exposition and we hope that there will eventually be a cast recording.
This may have been a preview performance but it was still the funniest show that we’ve seen so far this summer. A real 5 star treat. Review by Stephen Oliver