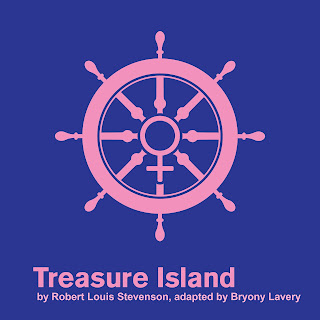 Newcastle’s People’s Theatre start things off with hi-jinks on the high seas next month in TREASURE ISLAND! It’s all hands on deck for an action-packed tale of buccaneers and buried treasure. But watch out for Long John Silver – the most famous pirate of them all.

Bryony Lavery’s exciting adaptation sees teenage hero Jemima Hawkins run away to sea, reminding us that bravery and derring-do are not just for the boys! A co-production with their talented Young People’s Theatre, the show is for the whole family so we’ve added an afternoon performance on the Saturday.

They then go to fair Verona and Shakespeare’s legendary tale of feuding families and doomed love ROMEO AND JULIET, before heading into the trenches of WWI in BLACKADDER GOES FORTH. There’s spooky goings-on in Noël Coward’s comedy of marital mayhem BLITHE SPIRIT in November, and we end the year with fabulous festive fairy tale CINDERELLA.

2019 starts with Poirot on the case in Agatha Christie’s BLACK COFFEE and February sees the first play in their new Studio Theatre, the bewitching THE RIVER by ‘Jerusalem’ writer Jez Butterworth.