Review: Di and Viv And Rose at London Vaudeville Theatre


A return to our Theatre Blog... Victoria Ling, from 137 Imaging (www.facebook.com/137imaging)  is guest reviewer:
Friendship On Stage 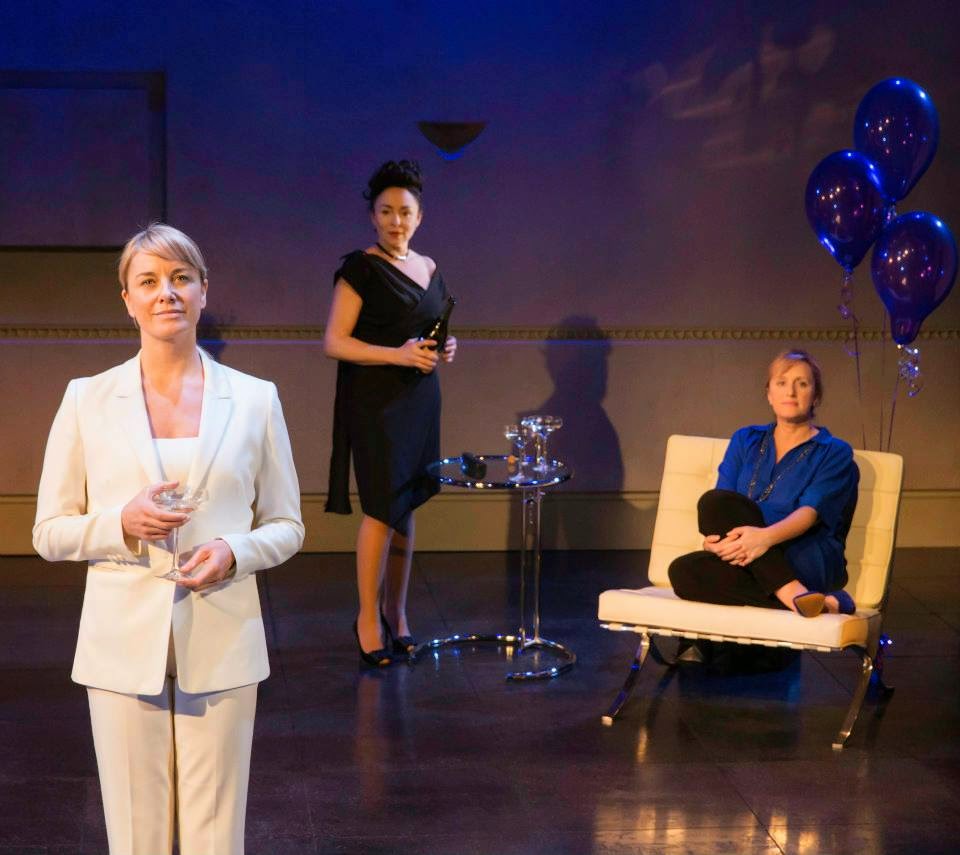 This happens to be the second outing for Di and Viv And Rose.  It was first staged in Hampstead in 2011.  January 2015 saw it take to the West End at The Vaudeville.

Di and Viv And Rose takes us back to 1983 and three girls embarking on university life. Rose (Jenna Russell) is happy go-lucky including her love for men, Di (Tamzin Outhwaite) is happy to explore her lesbian life that she can’t when at home and Viv (Samantha Spiro) who seems pretty uptight and dresses as if she is ‘ready for war!’ 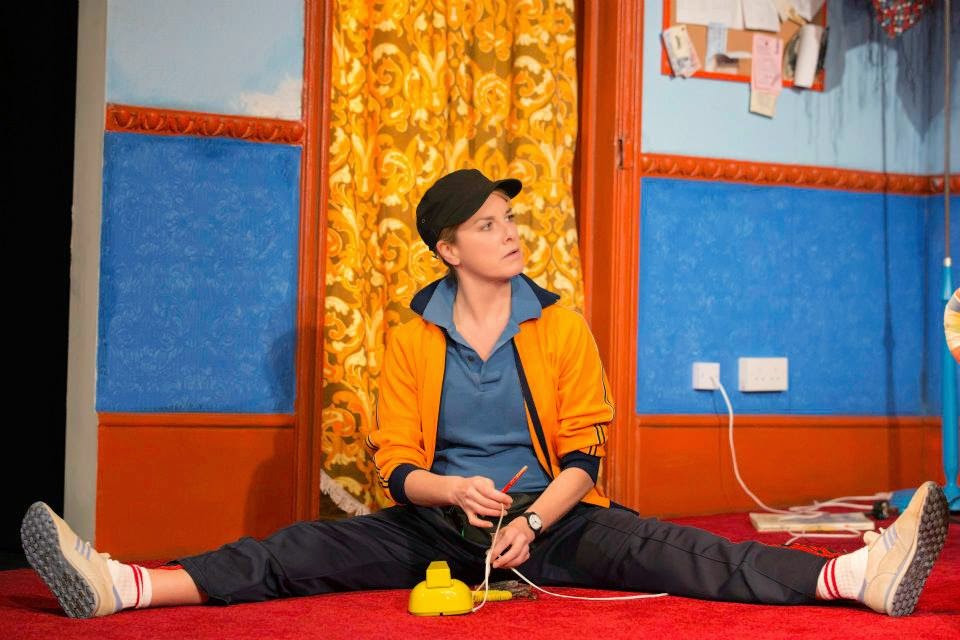 Opening of Act 1 is very fast paced. There are three backdrops that lights up each character taking us through their first year of uni life and into the house share of the next two years.  The house share scenes are very light hearted at first, take note of the three bowls when you see it ;o) But then we are thrown into a few unexpected twists and turns with a major event of one character and not the one I thought it was going to be!  It definitely goes from laughter to tears in an instant.  And to me I would say it is one of the two strongest acting scenes (the other being Outhwaites’ monologue in Act 2) or maybe I am just in admiration of the friendship that is showcased in the forming of ‘the cave’. 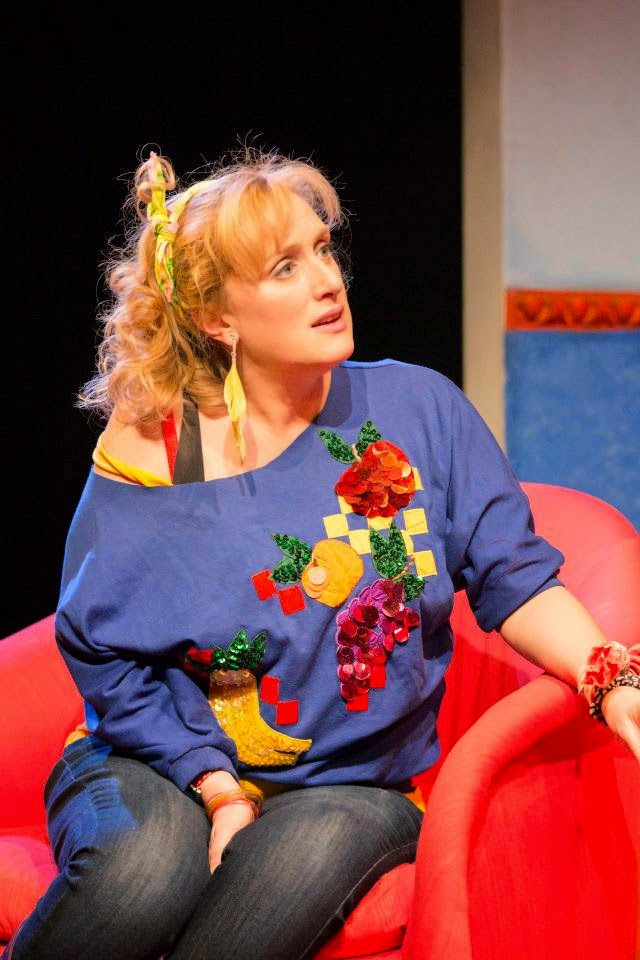 Act 2 fast forwards to 1998.  The girls have graduated and all live completely different lives. And into a darker stage set of concrete walls! Di and Rose are living through the trails that university life threw at them and Viv’s life is ‘like an arrow’ as she keeps shooting towards her goals. But it is not as plain sailing as that.  Di and Rose are seen as the tight-nit one’s of the threesome and I guess Viv is the hard-nosed support act.  It is this partnership that works and shows us that even a strong bond, there are things that are thrown at us to test if a university friendship can really last when we all go off in different directions.  And why is it that we need a huge event to bring us back together.  Cue more heart-wrenching moments, which are broken by the odd piece of laughter – quite literally. 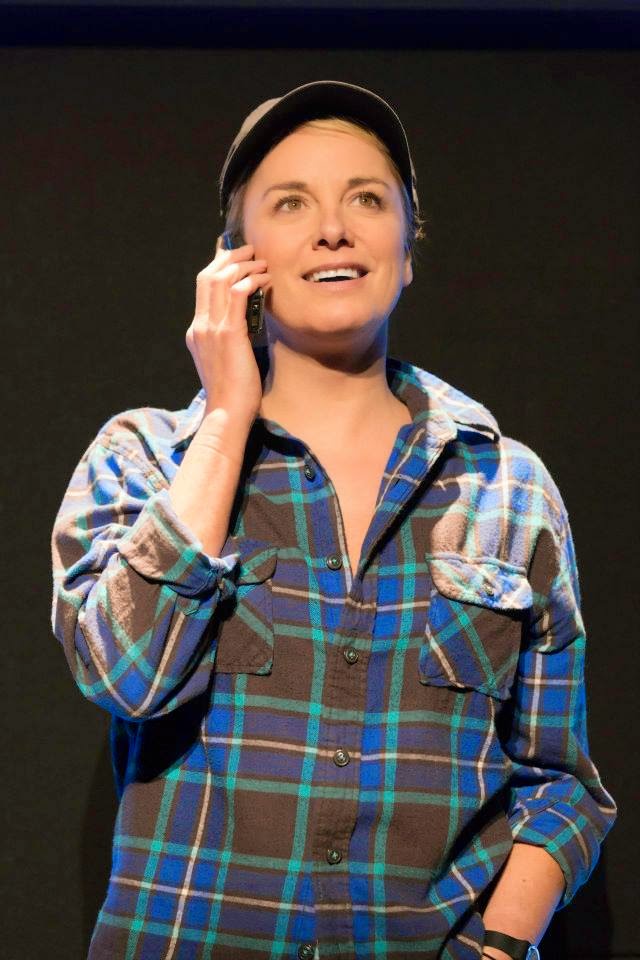 The thing that drew me to this play was that it is about female friendship formed at university and the life after it, which is similar to my life.  I heard it would make ‘you laugh and cry’ and I did laugh a LOT and verging on tears three-four times!
It is also no lie that the plays soundtrack plays as just as an important part as the script, especially RUN DMC’s feature in it.  Hands-up to the chorography. 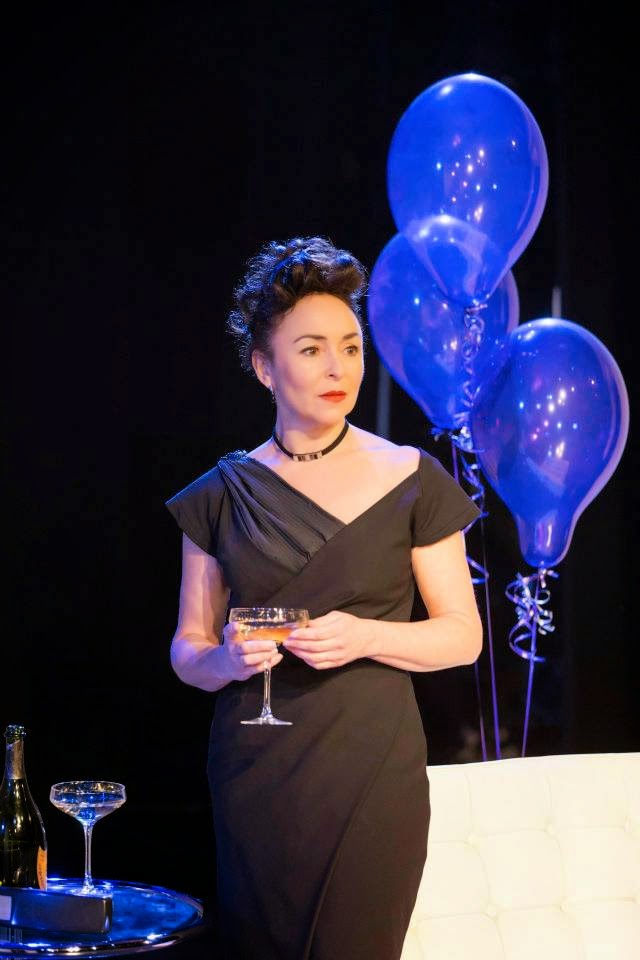 In the 2 hours 10 minutes that Outhwaite, Spiro and Russell take to the stage there is so much emotion thrown at the audience. Sometimes it is hard to catch a breath, which is a testament to the actresses.  Maybe this why I cannot give a 5 star rating as it was so fast paced at times with huge subjects. But credit where credit’s due as I was sat at the very back of the stalls and with so much disruption of late arrivals as well as vibrating phones and blue screens it is a wonder that I did not get more distracted following the play. With the acting from these three nothing can stop you becoming enthralled by this indication of what friendship really means.
This review was written by Victoria Ling  for Jowheretogo PR (www.jowheretogo.com). Follow Victoria on twitter @LilVik or follow her photography on Facebook (www.facebook.com/137imaging)
On The Web:
Website: www.nimaxtheatres.com/vaudeville-theatre/di_and_viv_and_rose
Twitter: https://twitter.com/DiVivandRose
Facebook: www.facebook.com/divivrose
Duration: 2hrs 20mins Including Interval
Age Limit:12+
Charity:
Di and Viv and Rose are proud to be partnering with breast cancer awareness charity CoppaFeel!
£3.00 from every £49.50 & £39.50 ticket and £15 student tickets purchased for performances in February will be donated to CoppaFeel! when quoting the promotional code 'COPPAFEEL' either online or by phone.The contribution will ensure more young people are educated about the signs and symptoms of breast cancer to ultimately stamp out late detection of the disease. The charity was initially founded in 2009 by twin sisters Kris and Maren Hallenga after Kris was diagnosed with breast cancer at the age of 23.
For more information on CoppaFeel! Visit coppafeel.org
Cast:
Di           Tamzin Outhwaite
Viv         Samantha Spiro
Rose      Jenna Russell
Please Note: Tamzin Outhwaite will be appearing until Saturday 28th March 2015
Creative:
Author           Amelia Bullmore
Director         Anna Mackmin
Designer        Paul Wills
Lighting         Oliver Fenwick
Sound            Simon Baker
Tickets:
Thur 22 January 2015 - Sat 23 May 2015
Monday - Saturday 7.30pm  Thursday & Saturday 3pm
Prices if booked in person at the Box Office (includes a £1 Theatre Restoration Levy) Stalls: £49.50, £39.50, Premiums £65
Dress Circle: £49.50 Grand Circle: £25, £15