Superstar is Super Hero
The Raven – A Super Hero Musical
South Shields Customs House
Thursday 5 and Friday 6 February
A new hero is in town and he is a true superstar.
The Raven – A Super Hero Musical is on at The Customs House this week and stars Afnan Iftikar.
Afnan is a regular on the Mill Dam theatre’s stage having played several leading panto parts and starred in various plays.
The 26-year-old from North Shields rose to national acclaim competing on ITV's Superstar which saw him working closely with Lord Andrew Lloyd Webber while vying for the chance to play Jesus in his biblical tale Jesus Christ Superstar.
Afnan said: "I'm delighted to be back at The Customs House and particularly delighted that I am starring in a musical. It is a lovely little theatre with a big heart and I can't wait for the audiences of South Shields to see The Raven. It’s a great show with a great story and score." 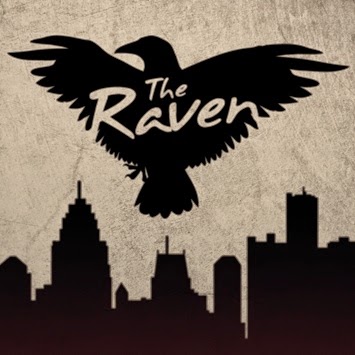 The Raven is a one-of-a-kind action-packed spectacular, merging all your favourite elements of the comic book genre with musical theatre.
A new villain has been born and strikes fear into the hearts of the citizens of Metrogoth. Orphaned playboy millionaire Adrian Crane must become The Raven and bring Reapers reign of terror to an end, but he must first overcome his anger and grief over the unsolved murder of his parents.
Inspired by the comics of Marvel and DC and the Edgar Allan Poe poem of the same name, The Raven is a Boy in the Fence production with music written by South Shields' very own Andrew Richardson. It is written by Joseph Traynor and directed by Anthony Roberts.
This is Andrew's first full-length musical and he can't wait for his home crowd to see it having previewed it last year to packed houses in Glasgow.
The 29-year-old teacher said: "Writing a musical is what I’ve always wanted to do and having it performed in my home town is just a dream come true.”
Tickets
The Raven – A Super Hero Musical is on at The Customs House on Thursday and Friday (February 5 and 6) at 7.30pm.
Tickets are £12 or £10 concession and are available from the box office on 0191 454 1234 or by visiting www.customshouse.co.uk.
Posted by North East Theatre Guide at 21:29