Written and Directed by Chris Connel

Based on the Book by Lucy Nichol

The cast has been announced for The Twenty Seven Club, a play about music myths, mental health and fandom that will be performed as part of Live Theatre’s Elevator Festival between 23 - 26 March 2022.

Written and directed by Live Theatre regular, Chris Connel, The Twenty Seven Club is based on the book of the same name by author Lucy Nichol, and is being brought to life thanks to funding from Live Theatre’s Bursary scheme and Arts Council England.

TV regular Rachel Teate (Wolfblood, George Gently, Hollyoaks) will take on the role of troubled music fan, Emma. Rachel is a well known face in the North East and no stranger to the Live Theatre stage, having previously performed in The Girls of Poppyfield Close. Rachel also entertains thousands of listeners as a popular presenter on BBC Radio Tees.

Meanwhile, Emma’s best mate and partner in crime, Dave, will be played by South Shields’ very own Andrew Dawson (Sky TV’s Brassic). The Twenty Seven Club will be Andrew’s Live Theatre debut, although he has previously performed in the region for Northern Stage, Alphabetti Theatre and The Customs House.

North East actor and writer, Steve Byron will play the role of Tel, Emma’s dad. Steve’s recent acting credits include When The Boat Comes In (The Customs House) and Sunset Over Tantobie (Gala Theatre, Durham). Steve has also written a successful body of work alongside his writing partner, Gary Kitching, including Bacon Knees and Sausage Fingers and, most recently, Tree. Steve also worked on the development of The Twenty Seven Club as a script consultant. 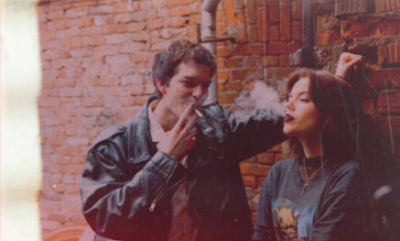 The Twenty Seven Club is set in 1994 and follows 26-year old Emma Barclay who, on learning of the death of Kurt Cobain becomes obsessed with the question - why have so many brilliant musicians passed away aged 27? Her journey navigating obsessional thoughts and panic attacks leads her back to her childhood, and she discovers that there might be more to life and death than just a number.

Author and mental health writer, Lucy Nichol, explains: “The concept of the 27 club was coined after many well-known musicians – Kurt Cobain, Jimi Hendrix, Janis Joplin, Jim Morrison, Kristen Pfaff - lost their lives aged 27. It feels like an easy headline and a simple explanation for something that is far more complex.”

“As fans, we don’t really know the truth behind the headlines, but in some ways this echoes our own lives when it comes to our own mental health. I know when I’ve suffered periods of acute anxiety, I’ve often wanted an easy answer or a quick fix. But in reality, we often need to dig a bit deeper through psychotherapy and speaking to friends and family to find our path to recovery.”

The stage play is written and directed by actor Chris Connel, who is best known for his role as Oliver Kilbourn in Lee Hall’s The Pitmen Painters (Broadway, National Theatre). Chris has also previously appeared in Emmerdale, George Gently and countless theatre productions around the country, including many for Live Theatre.

In addition to collaborating on The Twenty Seven Club, Chris and Lucy are also husband and wife – having married in 2011 (and, due to their love of the venue, even holding their wedding reception at Live Theatre).

Chris Connel said: “It’s a real pleasure to write my first stage play for Live Theatre’s audiences. 2022 marks 30 years since my first ever paid gig as an actor – a script reading that took place at Live in 1992. Since then, I’ve been lucky to work with, and learn from, tons of brilliant performers, writers and directors at Live. To now have the opportunity to step off the stage and into the role of writer/director with the company that played such a big role in my early career is really exciting.” 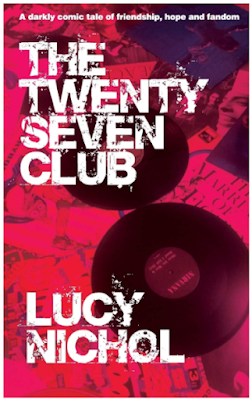 Released in 2021 in both paperback and e-book, The Twenty Seven Club quickly became a bestseller in the Amazon punk book charts and was listed as one of Stylist magazine’s books to read.

The Twenty Seven Club will be performed at Live Theatre between 23 and 26 March at 7.30pm with a matinee performance at 2.30pm on Saturday 26 March. Tickets cost £8 full with concs £6. A filmed version will also be made available following Elevator Festival.

Tickets are available online from https://www.live.org.uk/whats-on/twenty-seven-club or from the theatre box office: 0191 232 1232