Legendary tragicomedy Abigail’s Party comes to the People’s Theatre next week and you’re all invited! 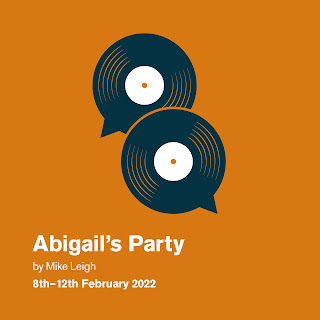 The original cringe comedy, a precursor to the likes of ‘The Office’ and ‘Parks and Recreation’, Mike Leigh’s cult hit is a modern classic of British drama. It was made famous by the BBC’s 1977 ‘Play for Today’ starring Alison Steadman, which was seen by 16 million viewers. This suburban comedy of manners is as relevant and grotesquely funny today as it was back then. 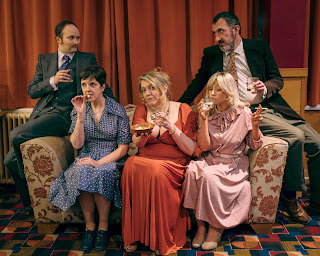 Playing the gauche, aspirational hostess Beverly is Anna Dobson. She will be joined by Sean Burnside as her long-suffering husband Laurence, Emma Robson and Mark Burden as new neighbours Angela and Tony, and Alison Carr as mild-mannered Sue, whose teenage daughter Abigail is also having a party a few doors down.

With Demis Roussos on the turntable and the gin and tonics flowing, marital disharmonies escalate and the thin veneer of middle-class respectability starts to peel away. 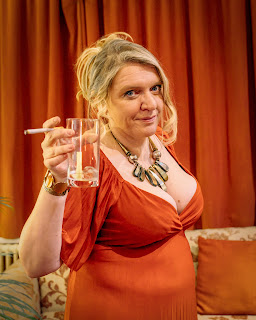 Packed full of devastating one-liners, awkward interactions and 70s nostalgia, this is the ultimate party-from-hell.

So come on in, pull up a chair, and let Beverly offer you a “cheesy pineapple one” while she humiliates her husband and guests, all to a delicious 1970s soundtrack.