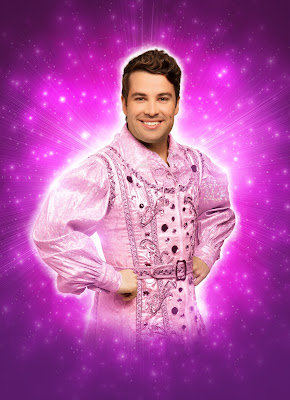 Having proved a firm favourite with audiences, Newcastle’s own Joe will join the previously announced comedy superstar Danny Adams and returning favourites Clive Webb and Chris Hayward, playing the role of The Fairy Godfather in Cinderella. 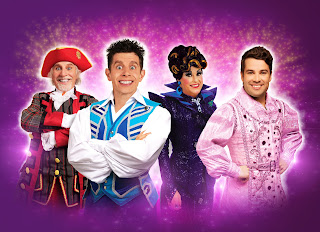 Since winning The X Factor in 2009, Joe McElderry has solidified his reputation as one of the country’s finest singer-songwriters, which has seen him enjoy an extensive and successful career spanning music, television and musical theatre.

Producer and Director of Cinderella, Michael Harrison said: “Joe received such a rapturous welcome from our Newcastle Theatre Royal audience last Christmas I just had to invite him back to join Danny, Clive and Chris for Cinderella this year. Joe is the ultimate showman – bringing incredible musical talent and hilarious comedy interaction with Danny to the show. Cinderella, which will feature set and costumes from our London Palladium production, is already shaping up to be our biggest Newcastle Theatre Royal panto to date.”

Chief Executive of Newcastle Theatre Royal, Marianne Locatori added: “Joe was a wonderful addition to an already spectacular cast; he proved to be a real hit with our audiences who were blown away by his stunning vocals and sense of fun and we are delighted that he will be joining us once again for Cinderella.”

Join Cinders as she goes from rags to riches, outwits her very wicked sisters and meets her dashing Prince Charming. The clock is ticking, so book your tickets now!