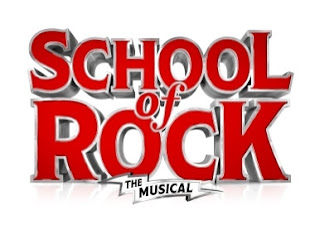 Based upon the hugely successful 2003 movie of the same name, the musical adaptation School of Rock blasts its way on stage in Sunderland this week.

Jake Sharp appears as the larger than life Dewey Finn - a rock legend in his own bedroom. Alas, the band he formed has just kicked him out before the battle of the bands and his mate Ned Schneebly (Matthew Rowland) is under pressure for his girlfriend Patty (Nadia Violet Johnson) to kick him out of their flat as Dewey is behind on his share of the rent. 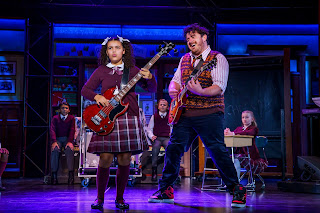 For a lad that just wants to rock, rather than work, Dewey needs cash but is unwilling to get out of bed. However Principal Mullins (Rebecca Lock) at a top prep school rings to see if Ned is available for supply work. Dewey takes the call in his absence and hears what the weekly rate is for a top teacher and he decides to go in, pretending to be Ned, and pocket the money. 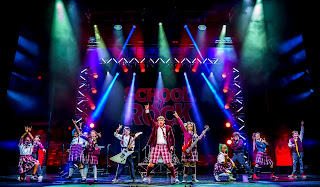 This puts Dewey in front of 12 students at a strict school without much of a clue about the curriculum. Once Dewey hears the class performing in a music lesson he hits upon the idea that they could be his new band and he could still enter the Battle of the Bands.

Luckily for the audience at the Sunderland Empire too, these students can sing, dance and play instruments live too. Whilst there is a live adult band under Musical Director Michael Riley in the orchestra pit to back the musical numbers, the kids do play live as part of the show.

School of Rock is essentially a rock musical, with music by Andrew Lloyd Webber, lyrics by Glenn Slater and a book by Julian Fellowes, but it has retained the comic flourishes that made the original film so popular. The script has had an update, so when the kids sing about what annoys them "Parents on Tik-Tok" is given as one of the responses. 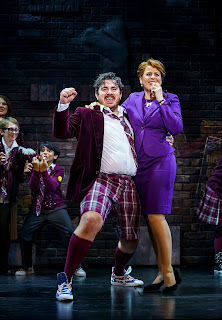 The show manages to proceed at a great pace which makes the 2 hours 20 minutes (plus interval) fly past pretty quickly. It was great seeing many impressionable young members in the audience who will appreciate both theatre as a performance, but may also be encouraged to take up music with a view to performing live.

We were really enjoying the show, on the special night for the Empire (the official reopening Gala) when the alarm went off just after the bands played in the battle of the bands. I know! We never got to see if they won or not...more sadly, the young cast never got thanked at the end for the fabulous way in which they entertained us all. I guess the acid test is "would we go and see it again?" to which we would reply "most definitely." Regular readers will know we don't always say that.

School of Rock is funny, has a really strong cast and is well paced. You don't notice that the set is constantly changing to allow the action to flow. The set is very well designed to shift quickly from bar to bedroom to school whilst the story continues.

Hopefully we will get a chance to see it soon in order to see how it finishes!

Tickets available from the Ticket Centre on 0844 871 7615* or online at https://tinyurl.com/SchoolOfRockSUN *