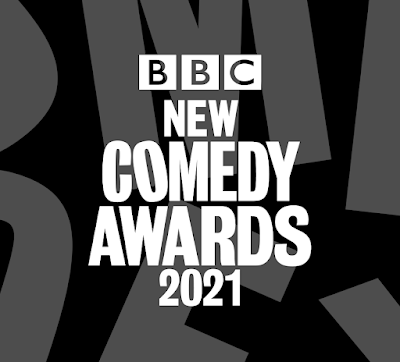 The Tyne Theatre and Opera House is delighted to announce that the BBC New Comedy Awards 2021 Final will be held and recorded at the Theatre on Wednesday 3rd November to be televised nationally later that week.

The annual BBC competition series is a nationwide hunt to find the best new stand-up comics. Since the prestigious awards first aired in 1995, they have helped launch the careers of many of the UK's best-loved comedians John Bishop, Sarah Millican, Peter Kay, Jason Manford, Russell Howard, Joe Lycett, John Oliver to name a few. The winner will receive £1,000, plus a paid commission to write and perform in a 30-minute audio pilot, mentored by a BBC comedy commissioner.

This year’s heats took place in Croydon, Wolverhampton, Halifax, Swansea, Dundee and Portrush, while the decision to hold the Final in the North East follows a BBC announcement, in September, that Newcastle would be named their first ever City of Comedy. The Final forms the centrepiece in a BBC Comedy Festival, which will be held annually in each nominated city.

The evening is hosted by a top award-winning comedian and judged by a panel of comedy experts, including newly appointed BBC Young Person’s Comedy Laurette, Mawaan Rizwan. The Final will be broadcast on BBC One on Friday 5th November.

The Tyne Theatre and Opera House, affectionately described by John Bishop as “a chocolate box” during his recent show at the Theatre, is known for attracting some of the biggest names in comedy. Sarah Millican (runner-up in 2005), Chris Ramsey, Romesh Ranganathan, Dylan Moran, Katherine Ryan, Ed Byrne, Jimmy Carr, Ben Elton and James Acaster are amongst those who have all taken the Tyne Theatre’s stage in recent years, making the venue the perfect place to launch the career of a future star.

Tickets for television events produced before a live studio audience are free and distributed in excess of venue capacity to compensate for "no shows". Seats are limited and tickets holders will be admitted on a first-come, first-served basis, based on the capacity of the venue. Admission is not guaranteed for any ticket holder and the production reserve the right to refuse any person/s admission. 18:00 is an estimate for doors open, not the starting time.

Theatre Director Joanne Johnson says: “We couldn’t be more delighted to be hosting the BBC New Comedy Awards Final. As one of Newcastle’s leading venues for comedy, we know what a special place the Theatre is for audiences and comics alike. We’re grateful to have the chance to showcase our beautiful, independent Theatre on a national scale and can’t wait to demonstrate what a thriving city Newcastle is for comedy and entertainment.”

Free tickets will be available to book from 10am on Monday 25th October via the Tyne Theatre’s website: bit.ly/TTbbccomedy