Fourth time lucky, the internet sensation finally appears at the Toon’s premier variety theatre and he did not disappoint. Supported by the very capable Jojo Sutherland the packed venue was presented with a real comedy treat.

Opening the show was the experienced Jojo Sutherland. We had not seen her live before but she had entertained us a number of times on the Stand’s Saturday online shows that had helped keep us sane during the lockdowns. She is naturally funny and engaging and was able to warm the crowd well with her tales of raising children whilst still having a life.

During the interval, the screen at the back of the stage was showing the work of the artist @Fokawolf. Plenty of people around us were laughing at the various memes that were often based upon familiar advertisements. 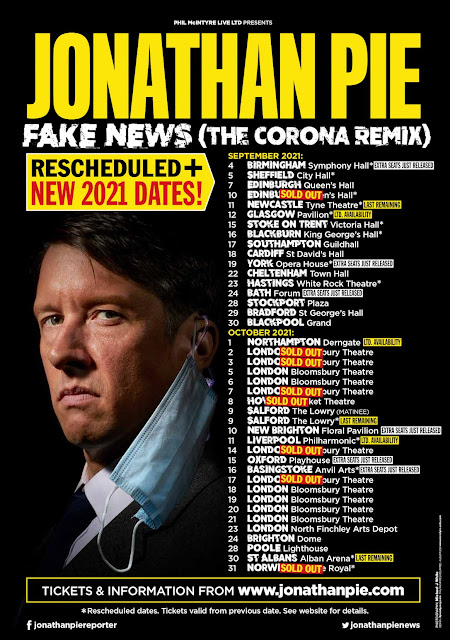 Our seats were at the edge of the grand circle and we had a great view of the stage - that is not always the case with these older theatres. We could also see people taking their seats up in the Gallery and that shows how popular tonight’s headliner is. It is wonderful to be in a full venue sharing a live comedy act. As great as the online shows were, they were no substitute for a real live show.

Some comedy acts appear as themselves, others appear in character. Nationally successful character acts include Al Murray as “The Pub Landlord” and, for some reason, Brendan O’Carroll wins awards as “Mrs Brown” (was it really the greatest sitcom on tv?).

Jonathan Pie is another comedy character. He was created by actor Tom Walker when the question was posed: “what happens when the news reporter goes off the air.” The first appearance online was in 2015 when reporting on the reaction to the election of Jeremy Corbyn. SInce then Pie has commentated on the rise and fall of May, Trump and now Johnson. The character is a socialist who has plenty to say about the populist right wing leaders and their handling of the media. The result is a satirical view for the current times that follows in the footsteps of shows like Spitting Image in the 1980s.

The show begins with the headline that the newspaper Jonathan Pie has been sacked by the news programme that employed him after an incident on the air. All will be revealed by the end of the show, but first Pie needs to get the last two years off his chest. The analysis of the crisis starts with Matt Hancock. Clearly the audience are on the same page given their positive reaction to Pie’s character assasignation.

Jonathan Pie is not here to discuss the United States or Brexit. There is no need. A news reporter has much more to chew on than that. Clearly the show has had a complete rewrite since whatever was proposed in the original show that was going on tour early in 2020.

But there is more to the show than government bashing. The performance of the opposition, and more crucially the lack of any willingness to debate with the other side, also gets picked off. You cannot win battles if you don’t engage or try to understand the other viewpoint. Thus Pie shows how broken our political system is as it seems to only give two options to any issue.

This is a comedy show. Tom Walker was able to keep the laughs coming throughout the 80 minute performance. There was as much energy in the show as he captures in the short YouTube clips. He points out the issues and allows the audience to make their own mind up. There was a well deserved standing ovation afterwards. As someone I did not know exclaimed outside to me in the bar afterwards: “Brilliant, wasn’t it?” Our group agreed and we plan to see him again on the next tour.

Tickets are available for a number of comedy shows at the Tyne Theatre and Opera House. 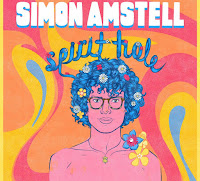 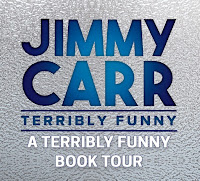 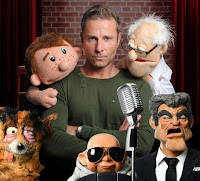 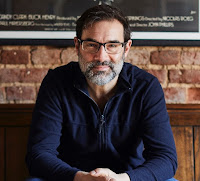 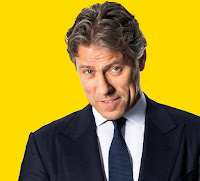 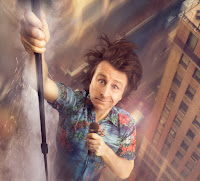 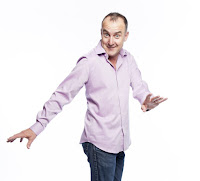 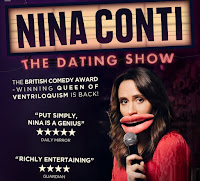