Original Theatre Company’s Autumn 2021 tour of Being Mr Wickham starring Adrian Lukis heads to Darlington Hippodrome on Monday 11 and Tuesday 12 October 2021 at 8pm. Written by Adrian Lukis and Catherine Curzon, this one-man play about one of Jane Austen’s most charmingly roguish characters, is directed by Guy Unsworth. 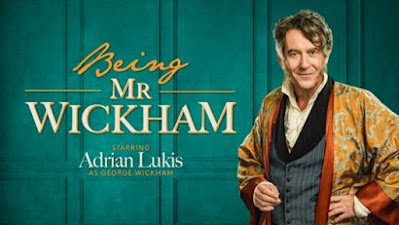 Adrian Lukis, who starred in the renowned BBC TV adaptation of Pride and Prejudice, returns to the role of Mr Wickham following the acclaimed online production of Being Mr Wickham earlier this year.

"Mr. Wickham is blessed with such happy manners as may ensure his making friends - whether he may be equally capable of retaining them is less certain." Join Pride and Prejudice’s most roguish gentleman, George Wickham, on the eve of his sixtieth birthday, to lift the sheets on exactly what happened thirty years on from where we left him. Discover his own version of some very famous literary events. What really happened with Darcy? What did he feel about Lizzie? What happened at Waterloo? Not to mention Byron… 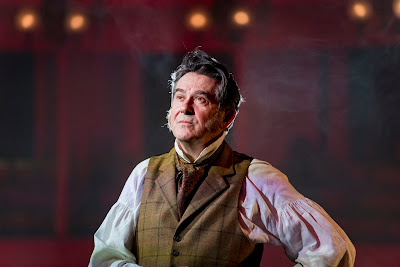 Adrian Lukis said of the production: "I’m thrilled to be reunited with my old friend, George Wickham. Having spent years defending his dubious reputation, I look forward to finally setting the record straight, with the assistance of the immensely talented Original Theatre Company." 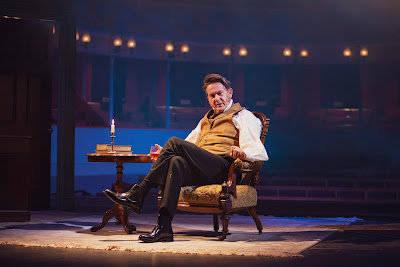 Being Mr Wickham is produced by Alastair Whatley and Tom Hackney for Original Theatre Company, the award-winning producer of hit online productions of Birdsong and Apollo 13: The Dark Side of the Moon and stage productions including the 5-star revival of Alan Bennett’s The Habit of Art and A Splinter of Ice. 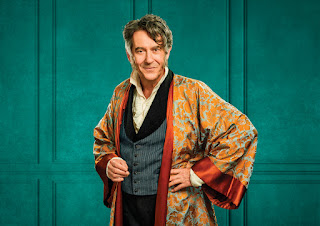 Alastair Whatley, Artistic Director of Original Theatre Company, said: “Guy Unsworth’s production of Adrian’s and Catherine’s fantastic play was one of the highlights from our recent online season. Originally live streamed from the beautiful Theatre Royal in Bury St Edmunds but without an audience physically with us in the room, it’s a real thrill to be able to get the show on the road and visit theatres up and down the country.”

For more information, and to book, visit https://www.darlingtonhippodrome.co.uk or call the Box Office on 01325 405405.