In this year’s panto at Newcastle's Tyne Theatre & Opera House

The search is on to find a talented local actress to play the lead role of ‘Princess’ in this year’s magical family pantomime Sleeping Beauty at the Tyne Theatre & Opera House. 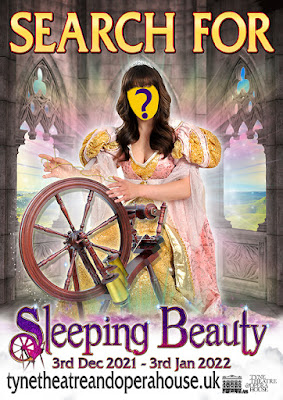 Panto producers Enchanted Entertainment are on the lookout for a female aged 18+ from the North East to star alongside Britain’s Got Talent Winner and singing sensation – Collabro’s Matt Pagan, who is playing ‘Prince’ in Sleeping Beauty, as well as hilarious Geordie comics Charlie Richmond as ‘Jester’ and Lewis Denny as ‘Dame’. 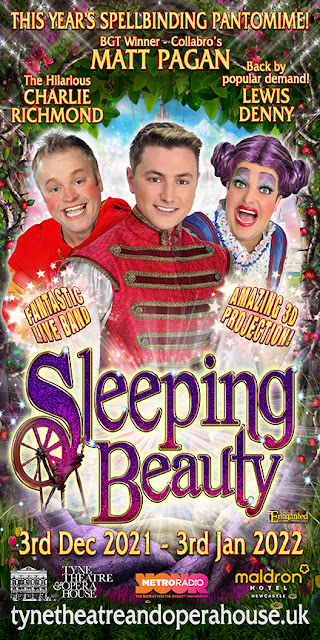 Producer Guy Pascall said: “It's going to be a fantastic Christmas production and what an amazing opportunity for a local actress to gain valuable professional experience in the panto and to start them off on their own glittering career”.

Hopefuls need to bring a song of their choice with a backing track to sing to the audition panel. They will then be given some acting sections from the script of Sleeping Beauty to perform in front of the pantomime’s creative team.

The successful candidate must be available from 20th November – 2nd December for rehearsals and then from 3rd December – 3rd January for the actual performances. The role is contracted, meaning the performer will be paid for their work on the show.

Enchanted Entertainment will be bringing 54 spellbinding performances of Sleeping Beauty to the Tyne Theatre and Opera House from 3rd December 2021 – 3rd January 2022. The pantomime will feature a fantastic live band and for the first time ever in a Tyne Theatre panto: amazing 3D especially designed for children in the audience. As always, the show will be packed with a host of top stars, including Britain’s Got Talent Winner – Collabro’s Matt Pagan as ‘Prince’, the return of hilarious North East panto comic Charlie Richmond as the silly ‘Jester’ as well as Karen The Mam’s Lewis Denny back as ‘Dame’.

Musical Director Jezz Weatherall said: “The Princess in Sleeping Beauty is one of the best pantomime parts for an actress to play and we'll be looking for someone that can sing, dance and act to a very high standard. As well as a fantastic cast, the panto will also include a brilliant live band for our successful actress to sing with in the show”.

Enchanted Entertainment are assembling an amazing cast and planning some spectacular pantomime magic to ensure Sleeping Beauty will be a wonderful family panto with plenty of audience participation, fantastic sets and costumes, and of course jokes galore for all the family!

#ad Tickets are on sale now and are available from the theatre and Eventim UK: https://tinyurl.com/TynePanto2021
Posted by North East Theatre Guide at 16:56