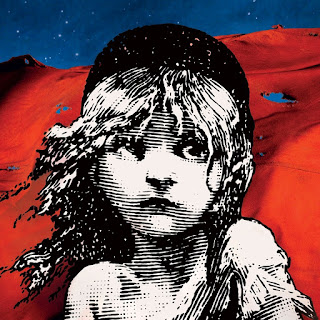 Victor Hugo’s 19th century tale of the journey of convict 24601 Jean Valjean continues to fill theatres round the world decades after its first performance as a musical. It has arrived in Newcastle for a run which lasts until October.

The show opens in 1805 with slaves working in unison, keeping their heads down. After working in the chain gang, a guard announces the prisoner 24601 (Killian Donnelly) can leave after 19 years imprisonment for stealing a bread loaf to feed his sister’s starving son. He is expected to keep a yellow card as part of his parole that states he is a thief.  This makes it difficult to get work and so he takes advantage of the Bishop Of Digne (Brian James Leys) who offers him food and shelter. The Bishop forgives him and helps him.   The show then follows his life as he becomes successful. However the law, in the shape of Javert (Nic Greenshields), hunting him down for breaking his parole conditions.

The show is more than the journey of one convict. It is also a study of poverty for both men and women, and how circumstances force people into awful situations. It looks at the moral compass of the protagonists and of society at large. Rumbling in the background you also have the build up to the 1832 June rebellion in Paris. The show is sung through, so you do need to listen carefully to the lyrics in order to work out what is happening as a lot of exposition is given, especially at the start.

Killian Donnelly was both a fabulous singer and a great central star as Jean Valjean. There are some really fast costume changes in this show and Killian was able to quickly transform from scruffy slave to handsome wealthy mayor very quickly.

This is a show that many fans love for its songs. Boublil and Schönberg’s magnificent score fills the theatre with a splendid sound.  The audience witness some exquisite solo performances from Killian Donnelly (Who am I?), Katie Hall (I Dreamed A Dream), Tegan Bannister (On My Own), Pheenie Markham (Castle On A Cloud) and Nic Greenshields (Soliloquy).

The show has some fun numbers and comedy. The comedy pairing of Martin Ball and Sophie-Louise Dann as Innkeeper Thénardier and his wife added a number of chuckles to proceedings.

Memorable big chorus numbers are, of course, a big feature of this show too and these include Do You Hear The People Sing with Will Richardson and the ensemble – or Drink With Me To Days Gone By led by Ruben Van Keer. These were great crowd pleasers.

Les Misérables is a major spectacle. Not only do we have a large and very fine cast, which had no weak links, but also have an impressive production surrounding them. They started installing the show last Sunday and they were still putting in the final touches on Thursday. The numbers are impressive: a team of 89 members of cast, crew and musicians entertain.
The orchestra pit has a team of 14 under MD Ben Atkinson playing 31 instruments. The cast quickly change through 392 costumes. The action segues from one scene into another seamlessly – behind the scenes, thanks to the crew, barricades, ships, factories and bars appear and disappear without any fuss or break in the action. Cast leave as unkempt slaves and reappear quickly as nobility.

The sound design by Mick Potter was the best I’ve heard for such a long time. We could hear both the loud and quiet parts clearly and it made me realise how much poor sound I have put up with in some other shows in the past year. The orchestra and singer volume levels stopped one drowning out of the other.

The set design from Matt Kinley kept the pace flowing and still had the ability to create a few wow moments too – but I don’t plan to give any spoilers. The lighting design from Paule Constable was both setting the mood and picking out the action perfectly.

Now a word of warning… This is close to three hour show and the interval is just 15 minutes, so a tip is to order your interval drinks before the show starts as time is tight. The reason for the shorter interval is to allow the children to be a part of the show…and they are worth it. Joseph Sheppard appears as young Gavroche and he was so full of charisma as he performed during the barricade scenes meanwhile Little Cosette (Pheenie Markham) and Young Eponine (Harley Hills) were both charming. All three were strong actors who added to the overall show.

It is easy to overlook the ensemble and both their movement and their contribution to the sound. This was typified by the complicated way in which they entered the stage at the end of Act One. The larger ensemble had a big role to play with both the action and the overall sound.

Directors Laurence Connor and James Powell, along with producer Cameron Mackintosh, have created a memorable version of the well loved musical. I doubt that I’ll see a better musical this year. If I do, then 2019 was an amazing year for this art form in the region.