REVIEW: The Book of Mormon at Sunderland Empire

The Book Of Mormon says Hello to Sunderland

The Book of Mormon
Sunderland Empire
Until Saturday 14th September 2019

The winner of nine Tony and four Olivier Awards, with script, lyrics, and music written by Trey Parker, Robert Lopez, and Matt Stone has finally arrived in the North East. The creators have previously been responsible for South Park on TV, films like Team America as well as providing the music for the musical Avenue Q and providing Let It Go for Disney’s Frozen between them. We really looking forward to it and were not disappointed. 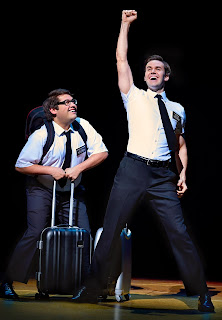 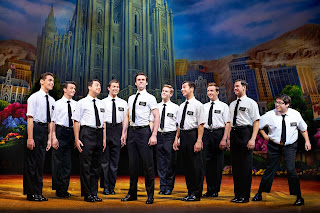 The show opens at a Mormon training centre with Elder Kevin Price (Kevin Clay) leading a session in how to conduct yourself when preaching on the doorstep.  His dream is to be sent to Orlando but he finds himself heading to Uganda with Elder Arnold Cunningham (Jacob Yarlett). Arnold is a fantasist who admits to making stuff up due to his low self esteem. 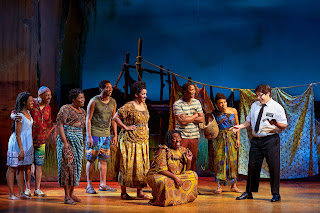 The pair have to spend two years working together in Uganda and they quickly get a feel for the place when two of the local General’s Guards (Jemel Felix & Lukin Simmonds) steal their luggage. Fortunately they meet some kinder villagers such as Mafala Hatimbi (Ewen Cummings) and his daughter Nabulungi (Nicole-Lily Baisden) who point out where the Mormon’s will be based. They join other Mormons, under leader Elder McKinley (Will Hawksworth) who have yet to get another to agree to a baptism and yet the Mission President (Patrick George) is expecting a progress report on their missionary work.

This is a very rude, very funny and cleverly crafted musical by writers who clearly thrive with the format. Like their previous work, they use crude jokes to deliver a harder message. We felt the message here is increasing the awareness of the repulsive tradition of Female Genital Mutilation (FGM). This has to be applauded. 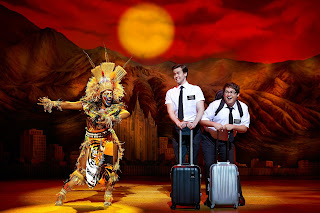 The humour is at that crude South Park level. We’re talking diarrhoea jokes and a character, performed by Thomas Vernal, called General Butt-F’king Naked. But as long as you leave the kids at home, broad minded adults will witness nothing here that does not appear on TV after 10pm. Here’s the thing – the humour works and the Empire crowd had plenty to laugh at during the show. 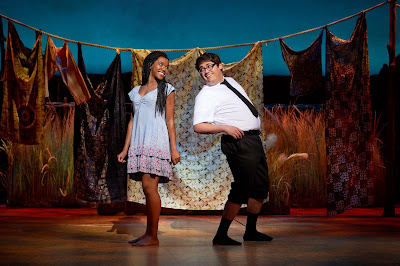 The cast do a great job. They deliver the story with aplomb. Kevin Clay delivers a suitably supercilious Elder Price, Jacob Yarlett makes his partner Cunningham loveable and funny. 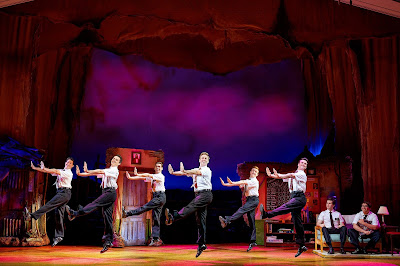 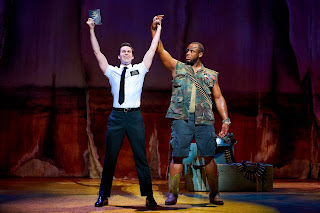 But this musical is also about the music. We have the big ensemble numbers beginning with the opening Hello! Through to the very funny Hasa Diga Eebowai and Turn It Off. There is opportunity for some great solo numbers too.  This includes Nicole-Lily Baisden’s Sal Tlay Ka Siti and Kevin Clay’s I Believe. Once again, we applaud the use of a live band under musical director Colm O’Regan. 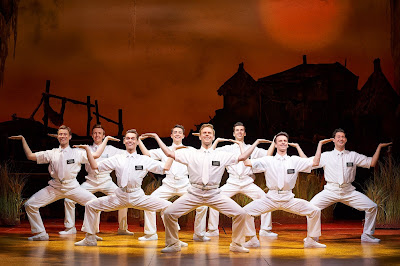 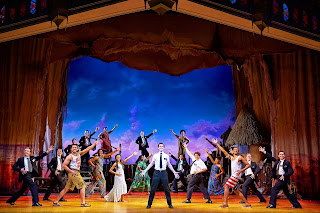 Casey Nicholaw’s choreography is lively and fitting to the situations. The costume and set designs by Ann Roth and Scott Pask help to set the scene well. This is another show in which the unknown stage crew work hard ensuring the props and scenery cloths appear and disappear on time and without any fuss. The lighting, from Brian MacDevitt, highlighted the action and set the mood. In fact the direction from Casey Nicholaw and Trey Parker ensured a nippy 2 hour plus interval show.

So, was the arrival of Book of Mormon worth the wait. We think it was. It is deliciously offensive yet frequently polemic. Very entertaining – we have agreed that this show is the funniest musical that we’ve seen this year.