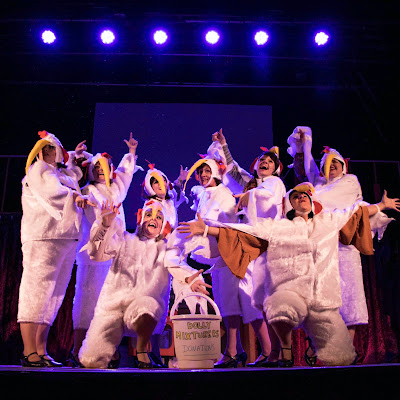 The Dolly Mixtures is being revived at The Customs House as part of their 25th Anniversary celebrations. Originally performed in 2016 The Dolly Mixtures is a musical telling the extraordinary story of eight ordinary North East women. These eight women toured the male dominated social clubs throughout the 70’s and 80’s as a variety group. The girls formed when Margaret’s husband Ken was diagnosed with cancer at the age of 32. The girls had one goal, to make his time in hospital more comfortable, a dart board, maybe even a pool table. This little gesture grew into something spectacular resulting in their variety act raising £100,000 for cancer research. 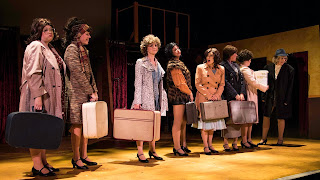 This is a big show. A full scale musical. In all honesty the sort of musical you’d expect to see produced by a theatre much bigger than The Customs House. Yet here it is and it’s an absolute joy. The show has been penned by North East playwright Tom Kelly who has teamed up with music icon John Miles. It’s not the first time the pair have worked together having already created the hugely popular musicals Tom & Catherine, Dan Dare and The Machine Gunners. 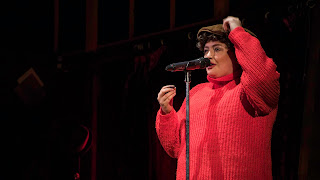 The show this time is directed and choreographed by West End and Television star Mina Anwar and it is all the better for her direction. Mina has brought an authenticity to the fast paced show and remarkably this is her directorial debut, although you’d never tell. The show is full of charm but ultimately it’s the songs here that really shine. John Miles’ music makes these songs feel like we’ve known them forever despite 15 of the shows 17 songs being written for this show. The band sound fantastic here under the musical direction of Dave Bintley. The cast of nine work incredibly hard to entertain us practically never leaving the stage but look like they are having a great time. Their choreography is tight, their harmonies stunning and their comic timing impeccable. 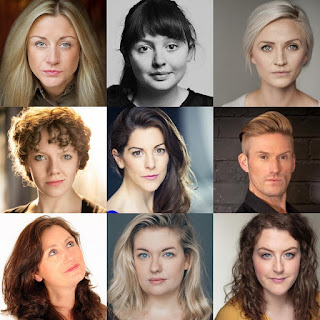 The comedy scenes are a particular highlight in this show for me, when the females actors play the misogynistic club men it is hilarious, there is a Hylda Baker and Cynthia scene from Patricia L. Whale and Christina Berryman-Dawson that had me in hysterics and the audience joining in on the punchlines. Songs Squark, Rattle and Shake and The Pheasant Plücker’s Song are also side splittingly funny. The show has some really tender moments too particularly between Margaret (Sarah Boulter) and Ken (Steven Lee Hamilton)  whose duets are stunning. On stage it’s a real ensemble piece with no weak links. 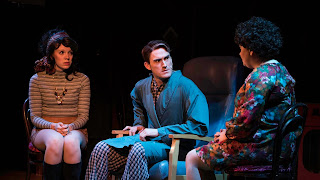 Both the sound and light deserve a mention too. Jordan Embleton on sound ensures it is crisp and clear at all times while John Rainsforth’s lighting really enhances the show. Elevating the mood of the scenes and effortlessly taking the action to various locations through lighting changes.
This is a show that will have you in tears through laughter and sadness but ultimately have you bursting with pride. 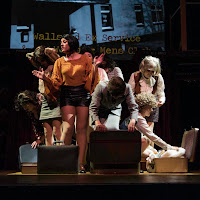 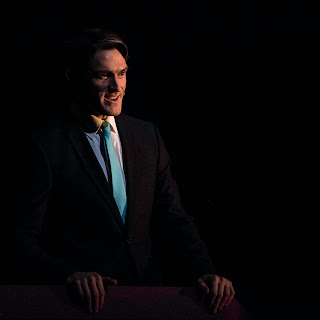 The Dolly Mixtures much like the women the show is based on is an absolute triumph and I highly recommend you go see it! If you missed it last time around, now is your chance. If you did see it last time I’m sure you’ll already want to see it again and please do because it is much improved and worth every penny of the ticket price.

The Dolly Mixtures is on at The Customs House in South Shields until 31st August.
Review by Stephen Sullivan
Photos: Chris J. Allan - Wycombe 89 Media