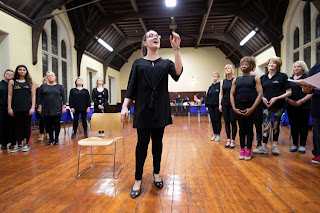 Adapted by Monty Python from their film The Holy Grail, Spamalot follows King Arthur of Camelot as he gathers together knights on his quest to find the Holy Grail.

The side-splitting show, which is famous for its French taunters, killer rabbits and a coconut, takes the audience on a magical journey of song and dance across the kingdom to fight foe, throw insults, fall in love and run away, a lot. 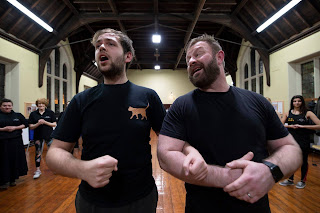 Tackling the role of the somewhat clueless King Arthur is Charles Doherty, whose professional musical theatre career has included Andrew Lloyd Webber’s Really Useful Company and Cameron Mackintosh International, and opposite him, the diva extraordinaire Lady of the Lake is played by former Capital FM presenter and radio personality, JoJo Hatfield. 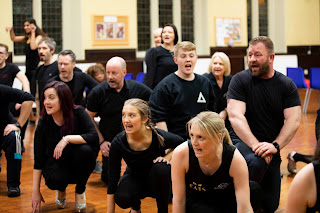 Director Bea Atkinson said: “A Monty Python fan since my youth, I am thrilled to be directing Spamalot. I wanted to remain faithful to the iconic Python characters yet give the audience our own interpretation and rehearsals have been endlessly happy and vibrant, with gut busting laughter. The audience is sure to go home feeling lighter and happily singing ‘Always look on the bright side of life’!”

Choreographer Sandra, who directed NMTC’s spectacular 2018 performance of CATS, has found this year’s show has brought a very different challenge:  “Spamalot is very much a comedy and a ‘micky-take’, and therefore the dance moves can be much more fun and not so technically challenging compared to my previous NMTC shows. Like those shows however, it will still be drilled to perfection before hitting the stage though! 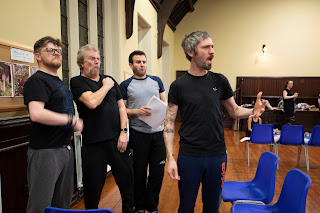 The most enjoyable moments are putting what I have prepared on paper onto the dance floor. Sometimes it doesn’t quite work, but sometimes it’s better, and it’s been particularly great to see it materialise amongst the men playing knights, many of whom have a ‘unique’ style of dance!”

Musical Director Malcolm has also had to take a different approach to the witty lyrics and spirited score: “Timing and clarity is everything in a show like this or the humour is lost. Spamalot has a riotously fun score, with that big, brassy Broadway sound that just lifts and energises the comedy on stage. The songs are catchy and there are lots of snippets of tunes that the audience will recognise. The cast are working so hard to bring this music to life and we're excited to bring it to the Theatre Royal with a fantastic orchestra."

Tickets:
Spamalot runs at Newcastle’s Theatre Royal from Tuesday 28 May to Saturday 1 June, with tickets priced from £13 and available at www.theatreroyal.co.uk.
Posted by North East Theatre Guide at 12:43