“Why love, if losing hurts so much?” 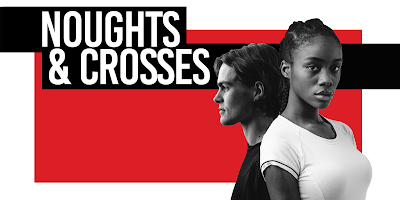 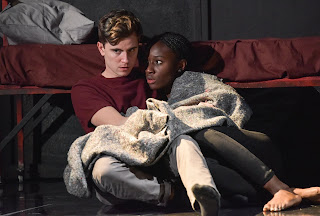 Directed by Pilot Theatre’s Artistic Director Esther Richardson (Brighton Rock), the new adaptation will appearing in Newcastle this week until the 11 May. 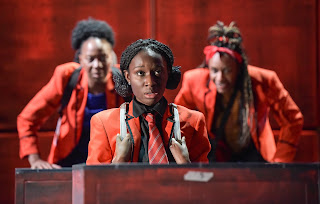 Told from the perspectives of the two teenagers, Noughts & Crosses is a captivating love story set in a volatile, racially segregated society and explores the powerful themes of love, revolution and what it means to grow up in a divided world. 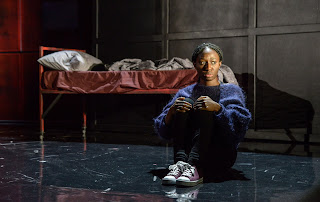 Sabrina Mahfouz’s new adaptation is based on Malorie Blackman’s first book in the Noughts & Crosses series for young adults, which has won the Red House Children’s Book Award and the Fantastic Fiction Award among other accolades. A BBC adaptation of Noughts & Crosses is due to be screened in 2019. 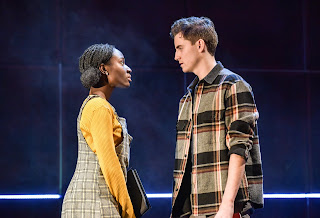 On the casting of the roles of Sephy and Callum director Esther Richardson said: “We were amazed and honoured to receive over 400 audition videos from those who wanted to put themselves forward for the roles of Sephy and Callum. It was like receiving a 33-hour long digital love letter to the original book. We had videos from everyone from teenagers who had never done any performing before to established actors, and many people in between.

By working in this way, we were able to consider far more actors than would have otherwise been possible. We wanted to find fresh talent and authenticity, and we’ve been brought into contact with some extraordinary young actors who were completely unknown to us’

We are thrilled that Heather and Billy are taking on the roles of Sephy and Callum in Malorie’s much-loved novel and we can’t wait to work with both of them.” 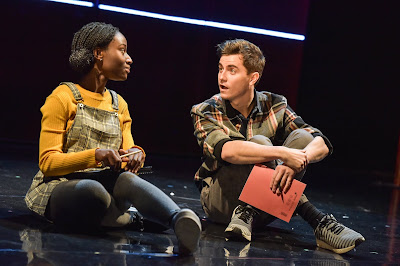 Malorie Blackman has written over 60 books for children and young adults, including the Noughts & Crosses series, Thief and most recently her science fiction thriller Chasing the Stars. Her work has also been adapted for TV with the 6-part adaptation of Pig-Heart Boy winning a BAFTA and Noughts and Crosses currently in production for the BBC. In 2005, Malorie was honoured the Eleanor Farjeon Award in recognition of her distinguished contribution to the world of children’s books, in 2008 she received an OBE for her services to children’s literature and, between 2013 and 2015, she was the Children’s Laureate. Malorie is currently writing for the new Doctor Who series on BBC One and the fifth novel in her Noughts & Crosses sequence, Crossfire, will be published by Penguin Random House Children's in summer 2019. 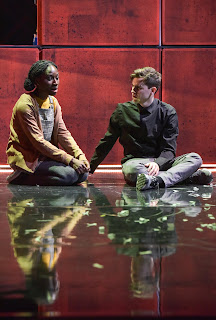 Malorie Blackman said about the production: "I'm thrilled that Noughts & Crosses is being adapted for the stage by Sabrina and produced by Pilot Theatre and a talented consortium of theatre makers whose aim it is to develop theatre for younger audiences."

Sabrina Mahfouz is a British Egyptian poet, playwright, performer and writer from South London, England. Her recent plays have included Offside (co-written with Hollie McNish); With a little bit of luck (Paines Plough) and published work includes poetry, plays and contributions to several anthologies.   Sabrina Mahfouz said about her new adaptation: 'As a young adult, Noughts & Crosses showed me the power storytelling can have in highlighting injustice in the world, so it is a complete honour to now be adapting the legendary Malorie Blackman's words for the stage, alongside the bold vision of Pilot Theatre and partners.’ 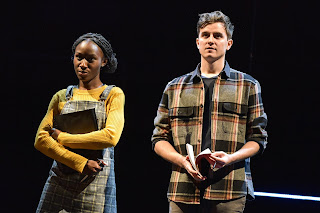 Noughts & Crosses will be the first co-production between Pilot Theatre, Derby Theatre, Belgrade Theatre Coventry, Mercury Theatre, Colchester and York Theatre Royal. From 2019-2022 the consortium will commission and co-produce an original mid-scale production each year. Each production will play in all the consortium venues as well as touring nationally.