REVIEW: Where Do We Belong? at Newcastle Northern Stage

Asking For A Little Respect…

Where Do We Belong?
Newcastle Northern Stage
Until Saturday 27th April 2019 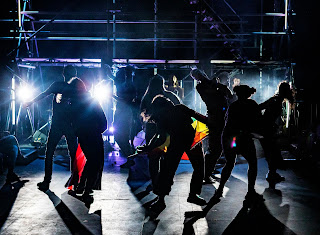 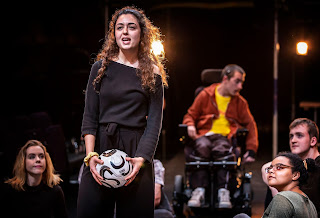 The collective work of 45 young minds have combined to create, and perform, a fabulous piece of theatre, which is being performed to sell out crowds in Stage Two this week. Starting with the obvious Brexit question, it spins out to look at many the issues facing this youthful age group. 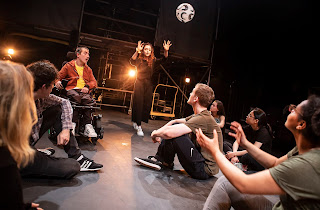 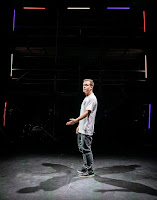 This production has been created with the Northern Stage Young Company, which is a mass of young people living in Newcastle and Gateshead aged 16 - 21. Director Louie Ingham has orchestrated a piece that has an urgent beating heart. This beat echoes around the room, be it by the drumming between sketches or the rhythm of the spoken word monologues that capture a real passion. The show runs for 90 minutes without an interval, removing the interval helps keep the pace punchy. 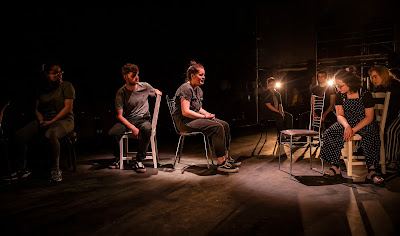 The production is made up of a number of sketches, sometimes we return to find out more, sometimes it is left to the audience to imagine where it is heading. The way in which the themes are intertwined reminded me, for some reason, of The Fast Show. Except the only catch phrase here was “I belong”.  The company have written this with Lee Mattinson and Laurence Wilson to create a stimulating piece. This is not angry in tone, in fact it feels very matter of fact. It does however demand empathy from the audience. My own experience was that I was having to consider views of groups of people I hadn’t fully understood, but, through this show, they have been given a voice. 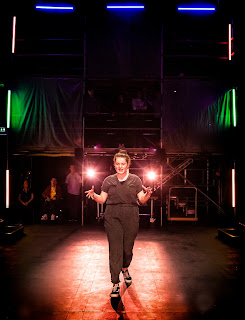 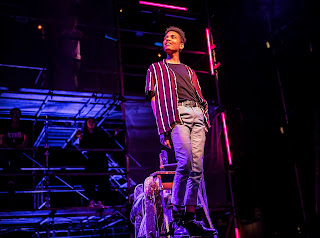 As you enter Stage 2 there are 3 rows of unreserved seating along the longer sides of the venue for the audience. As you take your seats, the cast peer at you from the scaffold at both of the remaining 2 sides. The space in the centre is where the bulk of the action takes place. Three screens on one set of scaffolding occasionally add graphic illustrations of the location, such as the coast, but they don’t distract from the talent in the centre.  The lighting and sound add to the atmosphere. 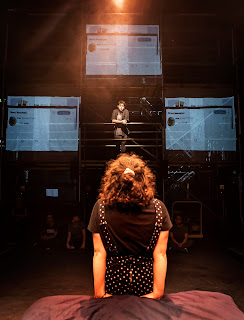 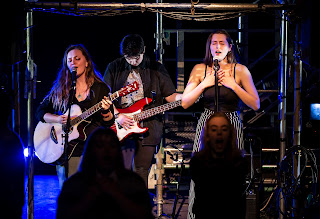 My companion tonight was my almost 16-year old son who loved the live band, with music by Mark Melville, and the choreography. He said it was very much everything that he wants from a live show – emotional and intelligent. He was buzzing as we left and he rated it higher than almost anything he’s seen in the past year. That is indeed high praise. He recognised the issues, the hopes and the dreams along with the anxiety and problems of trying to grow up in 2019. 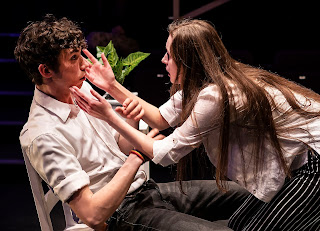 We both wanted to know what happened to the poor couple in a flat. This was a refreshing take on the housing crisis. What would you do to get your own place to live? 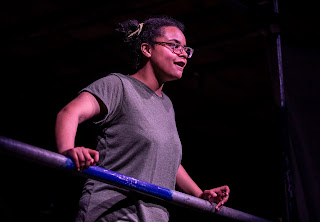 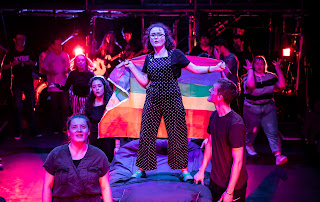 This is a very diverse group of people. With them are a range of experience. Differences in race, sexuality, ability, education, ambition and career prospects weave like a vine growing around a thread of finding one’s place in society. 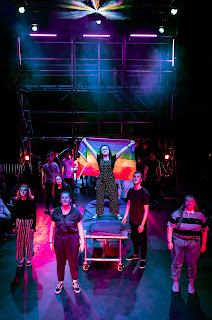 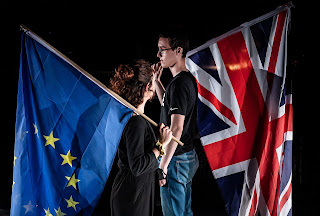 The cast are brilliant. We have fabulous musicians, poets and actors working together with both energy and passion. The show feels personal to each member of the cast, however, as members of the audience we feel like we’ve become a part of that experience. 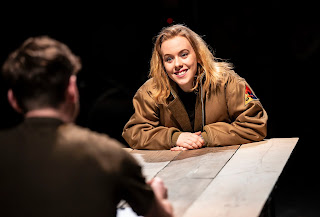 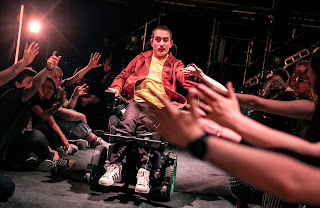 This is what theatre should be. I know that we will be discussing this in the days to come.  At the time of writing, not many tickets remain. It would be a shame to miss this. 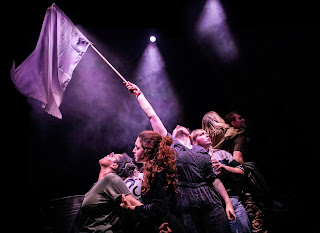