When teenager Alan Strang’s pathological fascination leads him to blind six horses in a Hampshire stable, psychiatrist Dr. Martin Dysart is tasked with uncovering the motive... 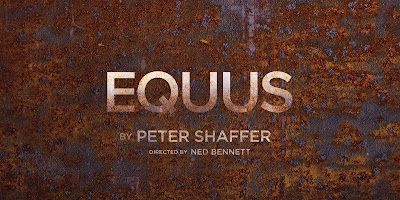 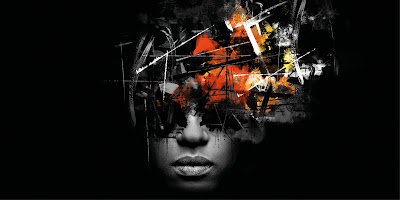 Inspired by a true story, Peter Shaffer’s gripping and transfixing psychological thriller is re-imagined by award-winning theatre director Ned Bennett in this major new revival for 2019.   Equus explores the complex relationships between devotion, myth and sexuality.   When teenager Alan Strang’s pathological fascination leads him to blind six horses in a Hampshire stable, psychiatrist Dr. Martin Dysart is tasked with uncovering the motive behind the boy’s violent act. As Dysart delves into Alan’s world of twisted spiritualty, passion and sexuality, he begins to question his own sanity and motivations in a world driven by consumerism.

Sir Peter Shaffer’s (1926 – 2016) plays include The Salt Land, The Prodigal Father, Balance of Terror, Five Finger Exercise (Evening Standard Drama Award), The Private Ear, The Public Eye, The Royal Hunt of the Sun, Black Comedy, White Lies, The Battle of Shrivings, Yonadab, The Gift of the Gorgon, Lettice and Lovage and Amadeus (Evening Standard Drama Award and Tony Award for Best Play). His plays adapted for film include Five Finger Exercise, The Royal Hunt of the Sun, Equus and Amadeus (Academy Award for Best Picture), for television The Salt Land and Balance of Terror, and for radio The Prodigal Father and Whom Do I Have the Honour of Addressing?. In 1994, Shaffer was Visiting Professor of Contemporary Drama at St. Catherine's College, Oxford. He was awarded the CBE in 1987 and was knighted in 2001.

English Touring Theatre is one of the UK’s leading touring companies, winning the UK Theatre Awards Best Touring Production in 2014, 2015 and 2016 and the 2017 Manchester Theatre Award for Best Visiting Production. ETT works with exciting artists to stage an eclectic mix of new and classic work for audiences throughout the UK and internationally; theatre that is thrilling, popular and engaged in the contemporary world. ETT celebrates the diversity of the nation, create connections between audiences nationally and places an examination of contemporary English identity at the heart of everything it does. ETT passionately believes that everyone, wherever they are in the country, deserves to have access to world class theatre.

Last year saw the company celebrate its 25th anniversary, it began the year with a critically acclaimed production of A Streetcar Named Desire directed by the 2017 RTST Sir Peter Hall Director Awardwinning Chelsea Walker, followed by a major national tour of Richard Twyman’s production of Othello and a celebrated revival of Dealing with Clair by Martin Crimp in a co-production with the Orange Tree Theatre.

Contains full frontal nudity and scenes of a sexual nature.