The Customs House is bringing The Dolly Mixtures back to the stage as part of its 25th anniversary celebrations. 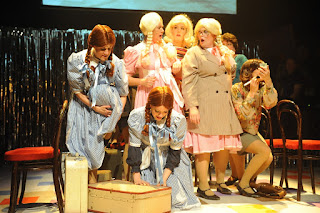 The heart-warming musical about eight ordinary north east women, who toured the male-dominated social clubs of the 1970s and 1980s to raise money for Cancer Research UK, first opened at The Customs House in August 2016.

Written by Jarrow playwright Tom Kelly, with music by John Miles, it will be directed by TV and West End star Mina Anwar, who was assistant director and choreographer on the original production and is delighted to be involved once again. 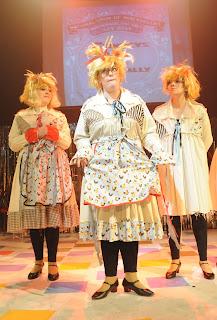 Mina, who will direct and choreograph the show, said: “I am honoured to be at the helm of this special production of The Dolly Mixtures for the 25th anniversary celebrations of The Customs House, a theatre that cares about creating great work that truly reflects and honours its surrounding communities on and off stage.  This musical celebrates the true and extraordinary story of these north east women who challenged the male-dominated environment of the working men’s clubs of the 1970s and 1980s in order to raise money to fund hospital facilities, ground- breaking research and give much needed hope for those fighting cancer.   It’s a musical tale of great courage, support and love that will make you belly laugh and cry your heart out. A rare gem of a musical with lines and melodies that will stay with you long after you have left the theatre.” 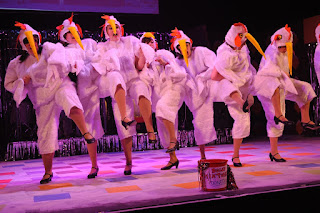 Mina trained at Mountview Academy of Theatre Arts and received her TV break playing PC Maggie Habib in The Thin Blue Line, going on to appear in Casualty, Doctors, The Bill, Coronation Street and Doctor Who.  Her extensive theatre credits include Hair, The Vagina Monologues and most recently, the West End smash-hit Everybody’s Talking About Jamie.  She has just been cast in the stage adaptation of The Life of Pi at the Crucible Theatre in Sheffield in June/July and the world premiere of The Thunder Girls at the Lowry Theatre in Salford in September. 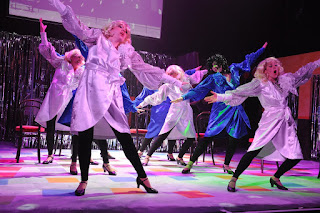 Ray Spencer, Executive Director of The Customs House, said: “Mina is certainly in high demand and we are lucky to have her on board. I can’t wait to see Mina bring this special show back to The Customs House stage.” 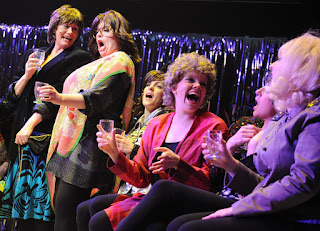 The Dolly Mixtures were Margaret Graham, Hilda Joyce, Doris Ashcroft, Sylvia Nichols, Jean Smith, Liz Errington, Joan Lumsdale and Betty Dickinson, who formed an unbreakable bond during their 14 years together.  They broke down barriers, raising smiles, eyebrows and £100,000 along the way, receiving a Lifetime Achievement Award from Cancer Research UK in 2016.

Photos of the 2016 production: Tim Richardson