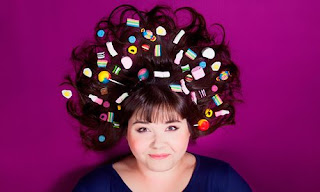 Following the success of last year’s show, where she enjoyed a total sell-out run and a plethora of the highest critical acclaim before bagging the Newcomer award at the Fringe, Sofie has now proven herself to be one of the strongest acts in the industry today. She began her Guilty Feminist Podcast earlier this year with Deborah Frances-White, which has since reached  over half a million downloads, and her four-week run of Bubblewrap went on to perform a sell-out run at London’s Soho Theatre.
Although herassured, informed and deeply personal  comedy has made her a star on stage in the UK, she has began to branch out to television and radio, writing and performing for Live From the BBC (BBC3), The One Show (BBC1), Russell Howard’s Stand Up Central (Comedy Central), and The Now Show (Radio 4). In Denmark she was chosen to perform at the prestigious 1700+ capacity Royal Opera House for the Danish Comedy Gala in 2012 as ‘The New Hopes of Comedy’ and has since performed internationally at festivals from Altitude in Austriato the Melbournecomedy festival.
On The Web:
www.sofiehagen.com
TWITTER: @SofieHagen
Tickets: Sofie appears at The Stand Newcastle as part of the Alternative Newcastle Festival at 5:30pm– tickets cost £8. To book online ONLINE LINKor call 0844 693 3336
Posted by North East Theatre Guide at 18:18