News: NEWCASTLE ARMED FORCES COMMUNITY TO TAKE TO THE STAGE

Follow North East Theatre Guide on Twitter at https://twitter.com/NETheatreGuide and on Facebook at www.facebook.com/NETheatreGuide.  Read about JoWhereToGo and its PR and photography services here.
RAY WINSTONE INVITES NEWCASTLE ARMED FORCES COMMUNITY TO TAKE TO THE STAGE IN AN EXCITING NEW THEATRE PROJECT AT NEWCASTLE THEATRE ROYAL
Armed Forces champion and award-winning actor Ray Winstone is urging Newcastle’s armed forces community to take part in a new theatre project which starts this September. The project will culminate in performances at Newcastle Theatre Royal in December 2016. 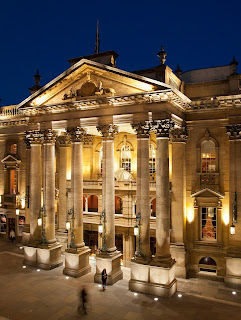 The Project is being run by Bravo 22 Company, The Royal British Legion's programme to aid recovery through the arts, in partnership with Newcastle Theatre Royal and The Drive Project. The project is open now to all wounded, injured and sick service personnel, veterans and their family members.  Participants will work alongside professionals at the theatre on a production that will go on stage this December.
The Royal British Legion’s pioneering programme Bravo 22 Company has been successfully organising regional projects for the Armed Forces community since 2011.This will be the fourth production from Bravo 22 Company, whose play The Two Worlds of Charlie Fby Owen Sheers received five star reviews, won the Amnesty International Freedom of Expression Award, has undertaken two tours and been seen by nearly 40,000 people both in the UK and Canada.
Steve Shaw, veteran and actor in The Two Worlds of Charlie F said: “When I signed up to Bravo22 I saw it as an opportunity to do something I’d never done before. After my injury I was made to feel like I was superfluous to life, but getting involved in this project proved that I have a voice.
“I would wholeheartedly urge other people to get involved in projects like this. When we fall down we pick ourselves up – and this project has proved that it works and it helps people.”
There are various ways to participate, whether it’s telling your story, script writing, acting, stage managing, a front of house or technical role, no experience is necessary, just an enthusiasm to try something new. 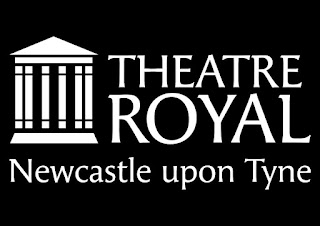 Alice Driver, Project Director and creator of Bravo 22 Company said: “We’re really excited to be bringing this project to Newcastle and hope that as many people get involved as possible. These projects have proved to be a great way to improve self confidence and self-esteem and anyone taking part will join the 200 strong support group of the Bravo22 Company Alumni.”
Script writing and rehearsals will take place on various dates from September to November 2016, leading up to final performances at the Newcastle Theatre Royal 5 – 10 December 2016.
Eligibility
         You will need to be based in Newcastle or its surrounding areas
         You need to be able to commit to taking on a role
         Enthusiasm and ability to work as a team
To apply email Rachel.Glover@theatreroyal.co.uk
What’s involved
12th September – 8th October
Story gathering and Script Development
If you would like to be an actor then you need to be available in September to come and meet with the writer and director to tell your story and be part of creating the script. Your role within the Company will be determined by the amount of time you have to commit. We have full time opportunities to one session per week available. Everyone is welcome.
9th October – 5th November
Script Writing and Skills Development
There will be a weekly meet up where you come together as a Company and learn acting skills. The writer will finish the script ready for rehearsals.
6th November -  4th December
Rehearsals
Rehearsals take place. There will be morning, afternoon and evening rehearsals sessions where all actors will work with the director to bring the script to life. All Front of House, Backstage and Technical participants get training and shadow professionals.
5th – 10th December 2016.
Performances
Performances to our audiences at The Studio, Newcastle Theatre Royal and at other locations.
Partners
Bravo 22 Company is The Royal British Legion's recovery through the arts programme, successfully organising regional projects for the Armed Forces community.
The Royal British Legion’s work is encapsulated in its motto: Live On – to the memory of the fallen and the future of the living. The Legion is the nation's biggest Armed Forces charity providing care and support to all members of the British Armed Forces past and present and their families. It is the national custodian of Remembrance and safeguards the Military Covenant between the nation and its Armed Forces. It is well known for the annual Poppy Appeal, and its emblem the red poppy. www.britishlegion.org.uk
The Drive Project designs and delivers award winning creative and immersive projects for the clients that inspire, motivate and empower individuals. www.thedriveproject.co.uk
Posted by North East Theatre Guide at 22:08