Follow North East Theatre Guide on Twitter at https://twitter.com/NETheatreGuideand on Facebook at www.facebook.com/NETheatreGuide. Read about JoWhereToGo and its PR and photography services here.
More Than An Eye-Full
Iris
Newcastle Live Theatre
Until Saturday 30th April 2016 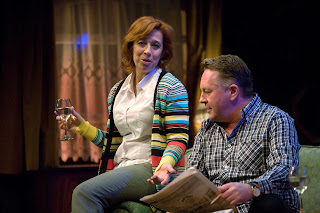 It’s after the funeral but no-one has touched the buffet. Two sisters are coming to terms with their mothers death but surely the eldest one hasn’t brought a bloke she has just met back to the house for a bit of fun? And what is that smell in the living room? 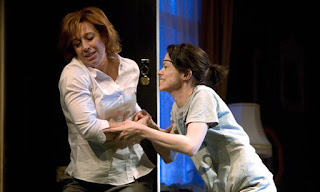 The strong cast of three are believable. Much more than that, the audience will care about what happens next and there lies the magical ingredient to a fascinating drama.
After 7 years in Britain’s favourite soap Coronation Street, Katy Cavanagh plays Julie, the sister who has returned to the matriarchal home for the funeral. Her portrayal of a head strong, confident woman is a perfect contrast to the younger vulnerable sister Ruby.  Sam Neale is captivating as the less mature sibling who is struggling without a mother looking after her. 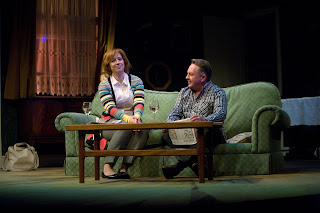 In contrast to both of the relatives is Gerry, the crime scene cleaner who links up with Julie. Joe Caffrey is an award-winning versatile actor that has excelled in numerous Live Theatre productions such as Wet House (NETG Review of Wet House LINK). Iris gives him an opportunity for Joe to show his class as an actor. 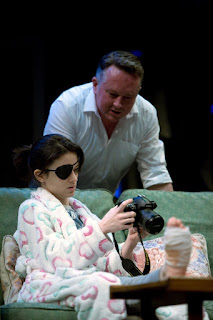 The story of how the two sisters cope with events after their mother, Iris, has died and how the Ruby copes with Julie bringing Gerry home relies heavily on both a quality script and a great chemistry between the 3 actors. Wrapped around their action is a great set, designed by Patrick Connellan, and lighting design by Drummond Orr. 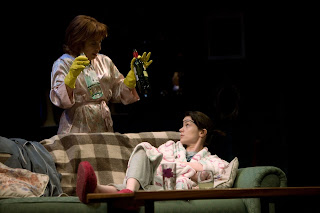 The Live Theatre has a deserved reputation for promoting new writing and this world premiere of Alison Carr’s work is another example of their contribution to the culture in the region. 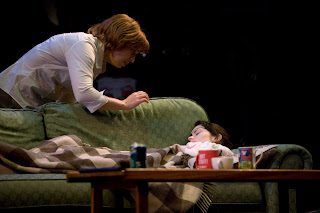 Whilst the play has adult situations and language, it doesn’t go out of its way to shock the audience for the sake of it. There are no cheap shots in this enjoyable drama. The production is laced with humour and gives a perspective of the human condition.  Iris is a fascinating drama that we’d like to see much more of. The rollercoaster of emotions that underpins even the most dysfunctional of relationships, and fabulous acting, results in a cracking drama. 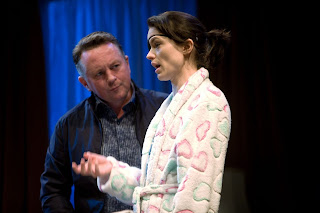