Follow North East Theatre Guide on Twitter at https://twitter.com/NETheatreGuideand on Facebook at www.facebook.com/NETheatreGuide
Chris Ramsey
UK Tour
September – December 2015
Chris Ramsey embarks on a UK tour with his brand-new show ‘All Growed Up’ from September 21st. This includes the recording of his new DVD during two shows at Newcastle’s Tyne Theatre and Opera House on the 7th October 2015.
Foster’s Edinburgh Comedy Award nominee, star of BBC2’s Hebburn, Celebrity Juice regular and the man who once got pizza delivered to a moving train; Chris Ramsey announces All Growed Up; a brand new show which he will be debuting at the Edinburgh Festival Fringe before embarking on a major tour for 2015.
“Ramsey has the potential to be a mainstream hit, a cult favourite or almost anything in between” Stephen Armstrong, The Sunday Times
All Growed Up is a show about getting older, finding yourself, taking responsibility, realising you are no longer a child and all of the other terrifying realisations that come with being dragged kicking and screaming into modern adulthood. Chris will embark on a UK tour with All Growed Up on 21st September 2015, taking in a homecoming show and DVD record at The Customs House in South Shields and a night at London’s Bloomsbury Theatre.
"Frighteningly talented... tearing up every stage he lands on" James Mullinger, GQ
With his new stand-up show, All Growed Up, Chris Ramsey is wondering when it's time to become an adult. Now in his late 20s, he is a married man with a house and responsibilities. But some things are keeping him feeling like his old, childish self. Namely, a trampoline in his garden and a room full of Lego indoors. 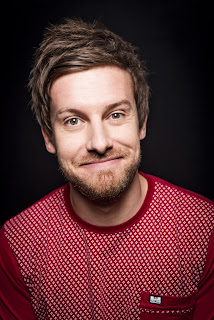 Chris admits “The show has got nothing to do with age, it’s to do with being an adult and when adulthood happens to you. I don’t class my dad as an adult, for example, he’s such a child. It’s about me being dragged kicking and screaming into an adult world that I’m not really ready for. It’s not me saying I’m immature and just a kid, it’s me saying I don’t think I’m ready. People call it a quarter-life crisis but I’m not so sure. There’s this part of going, ‘take a day off from looking at bathrooms and play with your Lego’.”
Still, that trampoline could have got him into a bit of bother in the adult world recently. “I have an accountant, we go for meetings and it’s all done by the book, but I genuinely missed a meeting with him because it was a sunny day and I’d just bought the trampoline. So I played on that all day. I phoned him to tell him that. I could have lied but I have to be honest because I would have caught myself out, which is quite a childish thing. So, when do I become an adult and more importantly, should I become an adult?”
Whether or not he’s an adult in the conventional sense, Chris Ramsey has certainly matured into one of the brightest young stand-ups in the country. In 2008, he reached the final of the Chortle Student Comedian of the Year competition, and two years later he made his Edinburgh Fringe debut with Aggrophobic. In 2011, Offermation earned him an Edinburgh Comedy Award nomination, an accolade he was rightly proud of, stating at the time: “I didn’t really see myself as a critically-acclaimed comic who gets nominated for that award but now I can go away and work in an office for the rest of my life and no one can take that away from me. That box is ticked.”
His appearances on the small screen have grown in number and stature too, peaking at the lead role he held in two series of BBC sitcom Hebburn, created and co-written by fellow Geordie stand-up (and Ramsey’s best man) Jason Cook, and starring another comic legend from those north-east parts, Vic Reeves.
He’s even capable of turning potential adversity into a positive for himself. In 2012, he dropkicked himself into a spot of bother on Sky’s Soccer AM when he said something quite rude in front of an audience he was led to believe would be game for such bawdy antics. After receiving a yellow card, he was dismissed after committing a second foul (language). Ramsey got over his initial embarrassment in the only way he knew how.
“I don’t regret doing it because I got a great story and a tour [The Most Dangerous Man on Saturday Morning Television] out of it. I’m not vile or disgusting; I mean, I have my moments but I don’t go over the top. I do swear, though I’m trying to curb that. When people hear you’ve been kicked off a TV show, they think ‘well, he’s obviously vulgar”. I thought I was toeing the line on that show, it was like being with mates and it was really laddish but in a juvenile sense; more boyish. But I’m really not a laddish person: when I’m in the pub and my mates start chanting, I don’t like that.”
Ramsey describes himself as having been ‘a bit of a talker’ at school and not overly keen on figures of authority, especially the ones that were shouting at him. But his memories of a ‘firm but fair’ headmaster at his comprehensive have been enriched by dealings in later life. “He had just been knighted and they invited me back to the school so I could do a gig, and make some speeches at the leavers do, which was all very cool. And he came to a gig on my last tour in Harrogate and didn’t tell me or ask for free tickets. When I spotted him sitting in one of the boxes, I ripped the piss out of him for being a knight and got a good ten minutes out of him. And that was the night I knew I was going in the right direction in comedy because at school I was constantly being told to stop talking and now the headmaster had paid to listen to me.”
Ramsey’s ability to entice complete strangers into handing over hard cash to hear him talk is undisputed. He reckons that his talent for holding court with a microphone may have been passed down. “I remember watching my dad at family parties and people standing around just listening. Sometimes he’d be telling a joke-joke but sometimes he’d just be telling a story, usually about him and my mum doing something. He’d be taking the mickey out of her and she’d be saying ‘oh, stop it, don’t tell them that’. It’s the exact same dynamic as me and my wife when I say I’m going to do a bit in a show about her. I remember watching Billy Connolly doing his Audience With and seeing Robbie Coltrane and Michael Parkinson in the crowd and thinking, ‘this guy is doing what my dad does only with all these famous people there’.” 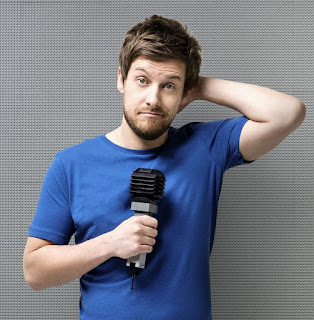 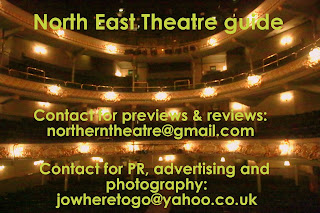 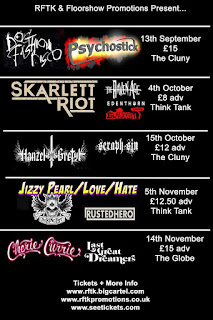 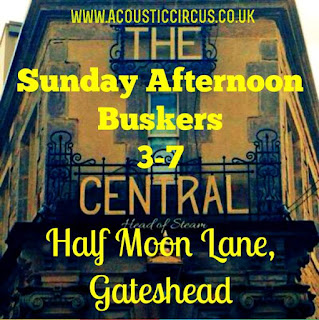