Preview: Duke in the Cupboard at South Shields Customs House

Follow North East Theatre Guide on Twitter at https://twitter.com/NETheatreGuideand on Facebook at www.facebook.com/NETheatreGuide
STORY OF NOTORIOUS ARTHEIST - PREMIERE AT THE CUSTOMS HOUSE
The Duke in the Cupboard
South Shields Customs House
Wednesday 7th – Saturday 10th October 2015
The true story of one of the world’s greatest art theft mysteries is finally being told in a play – 50 years after a Newcastle man confessed to stealing the masterpiece. 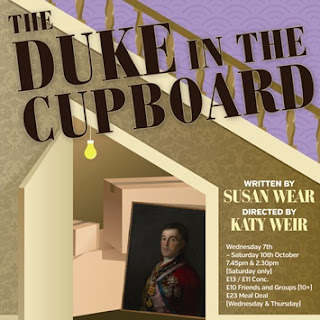 The play has been written by Susan Wear, from Jarrow, South Tyneside, who became fascinated with the story in 2012 when secret Director of Public Prosecution papers relating to the case were finally released from the National Archives.
She spent two years researching and writing the play ‘The Duke in the Cupboard’ and is the first she has had produced.  It will be performed at The Customs House, South Shields, from Wednesday October 7 to Saturday October 10. 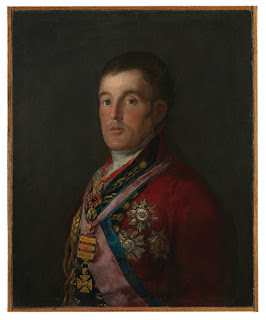 In 1961 Goya’s portrait of the Duke of Wellington was stolen from the National Gallery in London.  Four years later, Kempton Bunton, a 61-year-old unemployed former bus driver from Benwell, Newcastle, confessed to the theft.
Scotland Yard detectives found it hard to believe the overweight, bespectacled Geordie was the criminal mastermind who had outwitted the gallery’s sophisticated security and bamboozled Scotland Yard detectives, taunting them with ransom letters in the national newspapers.
The case sparked a national sensation and became so famous it featured briefly in Dr No, the first James Bond film, in 1962.
“I felt compelled to keep going and uncover the incredible twists and turns of this story much of which has not been told before,” said Susan, who works for the Port of Tyne.  “It is about one man taking on the establishment – the police, the art world, the Government, and the press - for a good cause.  His long-suffering wife supported him through it all and the play is about her story too.”
The play is directed by Katy Weir, joint artistic director of OddManOut, a new-writing company based in Darlington. She was thrilled to be asked to direct 'The Duke in the Cupboard' and still finds it hard to believe it was a true story.   “Susan has done a brilliant job capturing the essence of a fascinating piece of North-East history,” she said.  “This play has a little bit of everything:  love, upset, anger, intrigue, and a sprinkle of comedy.  I hope it gets the audience it deserves”.
Ray Spencer MBE, Director of The Customs House, said: “This is an incredible story and we are delighted to give this piece of new writing its first airing at The Customs House, and I think our audiences are going to enjoy it.”
Tickets:
Tickets are available from The Customs House Box Office, South Shields, tel 0191 4541234 or buy tickets on line at http://www.customshouse.co.uk/whats-on/Theatre/1933/the-duke-in-the-cupboard 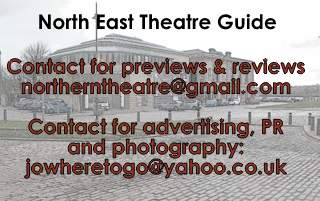