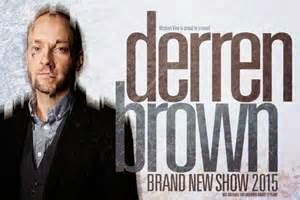 The multi-award winning acknowledged master of psychological illusion is back on tour in 2015 with a brand new one-man show.

Having confessed that performing live on stage gives him the greatest pleasure, Derren is, once again, looking forward to the challenge that comes with being acknowledged as one of the world’s most renowned live performers; a dark manipulator of magic and mind control. 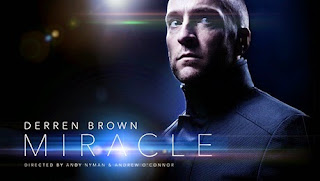 Derren comments: “It’s always a bit disarming having people tweet pictures of their tickets they’ve saved up for when I have no idea what’s going to happen after I walk out on stage. I have a sense of the overall sweep of the show and what it will be about, but ultimately I prefer to let the show speak for itself”.

This will be Derren’s seventh show since 2003. Since then he has toured every year and been watched by an estimated audience of over one and a half million people. He has won two prestigious Olivier Awards, for SOMETHING WICKED THIS WAY COMES (2006) and SVENGALI (2012). His last show, INFAMOUS, was universally acclaimed by critics and audience alike.
* * * * *  'It is on the stage that he really comes alive – relishing the chance to stun and baffle his audience. He truly has to be seen to be believed.'
Daily Mail

* * * * 'The brilliance of this master magician is no illusion' The Times

THIS PRODUCTION IS NOT SUITABLE FOR CHILDREN UNDER 12 YEARS OF AGE.
Tickets are on sale now.
Tickets available in person at the Box Office or from the ticket centre on 0844 871 3022* or booking online at www.ATGtickets.com/Sunderlandplus booking/transaction fee applies.
Posted by North East Theatre Guide at 18:08