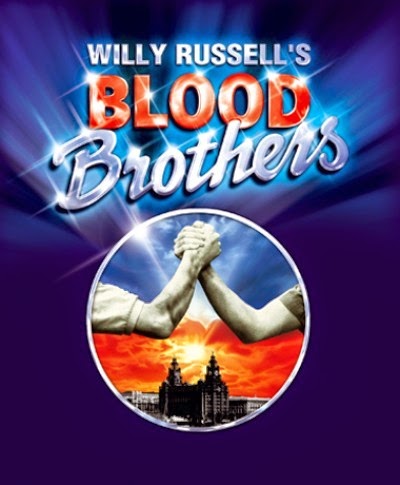 Blood Brothers
Darlington Civic Theatre
Monday 24 – Saturday 29 November
Voted “MOST POPULAR BRITISH MUSICAL OF ALL TIME” by New York Times readers
“You’ve never seen a musical like Blood Brothers. Every night of the week audiences stand and cheer.See it for yourself and understand why.” New York Times
Following sell out seasons in the US, Australia, Canada, New Zealand and Japan, the international smash hit musical Blood Brothers continues to tour the UK. Hailed as one of the best musicals of all time, Blood Brothers has triumphed across the globe. Scooping up no less than four awards for best musical in London and seven Tony Award nominations on Broadway, Blood Brothers is simply unmissable and unbeatable. This epic tale of Liverpool life ran in London’s West End for 24 years, one of only three musicals ever to achieve that milestone, and has been touring the UK since 1995. 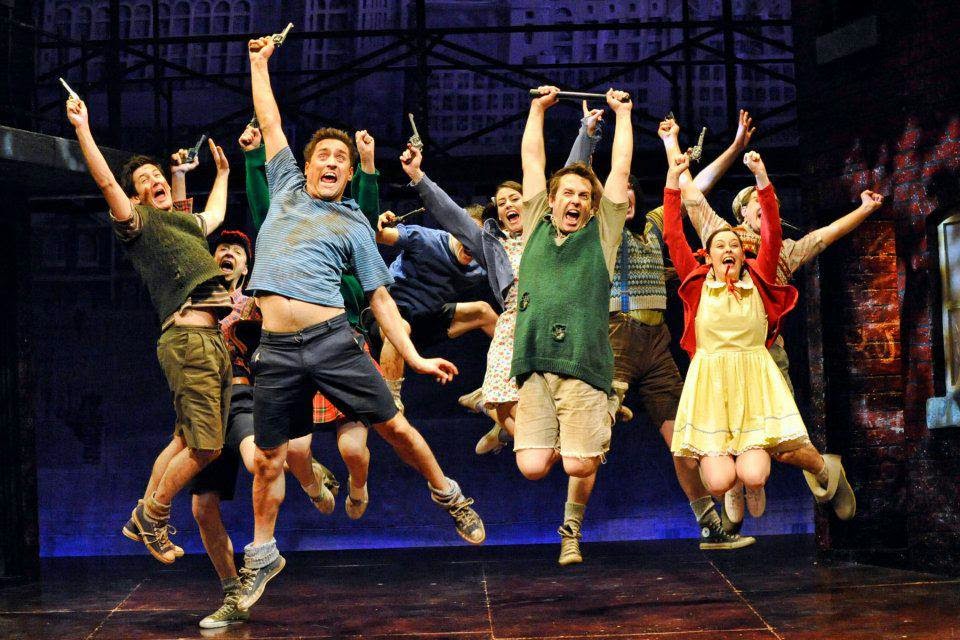 Blood Brothers tells the captivating and moving story of twin boys separated at birth, only to be reunited, by a twist of fate and a mother’s haunting secret. The memorable score includes A Bright New Day, Marilyn Monroe and the emotionally charged hit Tell Me It’s Not True.
When Mrs Johnstone, a young mother, is deserted by her husband and left to her own devices to provide for seven hungry children she takes a job as a housekeeper in order to make ends meet.
It is not long before her brittle world crashes around her when she discovers herself to be pregnant yet again – this time with twins! In a moment of weakness and desperation, she enters a secret pact with her employer which leads inexorably to the show’s shattering climax. A sensational cast, incredible show stopping music, remarkable staging and five star performances make Blood Brothers an enthralling night of entertainment. 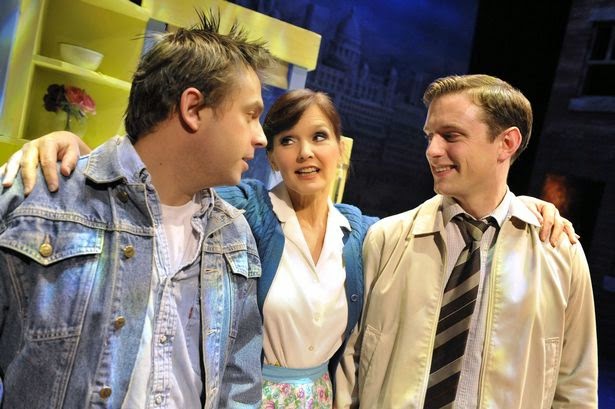 Maureen Nolan makes a welcome return to Blood Brothers as Mrs Johnstone. Maureen has been singing with her sisters since she was nine years old. Together they became one of Europe’s first girl bands – The Nolans. The Nolans’ success is legendary, including phenomenal record sales worldwide, particularly in Japan where they sold more records than The Beatles! Maureen has played Mrs Johnstone in Blood Brothers in the West End and on tour to critical acclaim. She was the fourth Nolan sister to play the role, earning them entry in to the Guinness Book of Records.
Willy Russell is undeniably one of this country’s leading contemporary dramatists. His countless credits include Educating Rita and Shirley Valentine. Educating Rita, originally commissioned by the Royal Shakespeare Company, enjoyed a two year run in the West End and was made into a movie starring Michael Caine and Julie Walters. Shirley Valentine also made the move from stage to screen in an enormously popular film starring Pauline Collins and Tom Conti.
Blood Brothers is directed by Bob Tomson and Bill Kenwright with designs by Andy Walmsley.  Dan Samson is the original sound designer. Rod Edwards is the musical supervisor and Kelvin Towse is the production musical director.
On The Web
Facebook: www.facebook.com/BKLBloodBrothers
Tickets*
Evenings 7.30pm, Matinees Thu 2pm& Sat 2.30pm
Opening Night £19.80, £20.60, £21.80, £23.40
Tue -Thu Evenings & Sat 2:30pm£24.50, £25.50, £27, £29
Fri & Sat Evenings £26.50, £27.50, £29 & £31
Thu 2pm All seats £19
Discounts available
To book contact the Box Office on 01325 486 555 or visit www.darlingtoncivic.co.uk
*Includes £1 per ticket restoration levy
Posted by North East Theatre Guide at 21:52